The musical score by Icelandic composer Hildur Guonadottir elevates the role of the cello to full stardom.

But, “Joker” is a movie without a soul.

The “tent pole” film from Warner Brothers is an unabashed “prequel.”  Joaquin Phoenix brilliantly portrays Arthur Fleck, a mentally unstable, desperately lonely individual who makes a marginal living as a clown, spinning signs outside of failing businesses and doing karaoke songs in the wards of children’s hospitals.  What he longs to be is a comedian … a role that seems all but unattainable.

His character is bullied and beaten, humiliated and ridiculed until, in possession of a handgun pushed on him by a fellow clown, he finds a murderous outlet for his explosive frustrations.

Through coincidence and civic chaos, Arthur becomes a folk hero in whose name violence erupts in Gotham City.  This is a prequel, after all, and the story fantasizes the generation of Batman’s nemesis in a city careening into chaos.

In an ironic, calculated act of embarrassment, Arthur is invited to appear on the late night television show of his comedic idol, Murray Franklin, played without much gusto by Robert DeNiro, seemingly impersonating Johnny Carson. 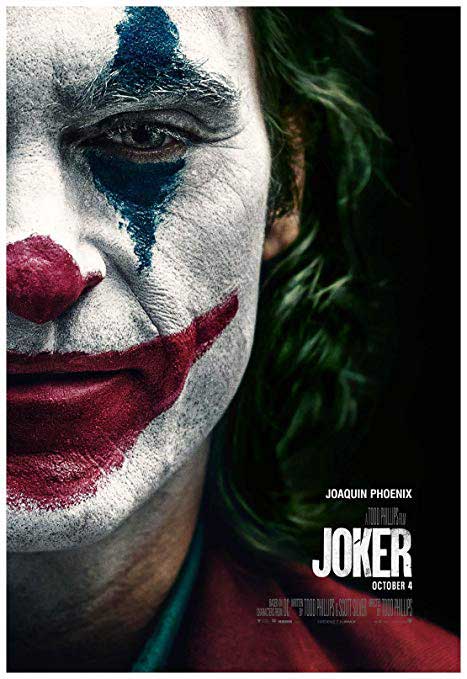 And, all the while, the audience is teased with the bizarre notion that violence is good … that evil can triumph … that the downtrodden should violently overthrow the social fabric.

There seems to be no compelling through-line that crackles through the conversation of the departing audience.  There is wonder and awe at the intense physical performance of Joaquin Phoenix and the expected bemusement that this could be his year to win an Oscar.  There is appreciation for the detail brought to every scene by director Todd Phillips.

And, there is the gnawing emptiness that remains after watching what Peter Bradshaw called in “The Guardian” “The most disappointing film of the year.”

There is no doubt that “Joker” will be a block-buster.  When the dust settles, however, all that may remain will be shell craters.

“Joker” is in wide release on screen at The Moviehouse in Millerton, NY, Triplex Cinema in Great Barrington, MA, Apple Cinemas in Torrington, CT and Movieplex and Spotlight Cinema in Hudson, NY.