Seberg” is that volatile film combination of fact and fiction that must be taken at face value and enjoyed (or not) for what it is.  Yes, the FBI did terrorize actress Jean Seberg for her connections with the Black Panthers, among other radical groups.  Yes, she did have an emotionally charged life that led to her suicide at the age of 40.  Yes, there were triumphs and tragedies in her career that seemed complicated by multiple marriages and affairs.

All of that being said, “Seberg” is a film that resonates on so many emotional levels the interweaving of fact and fiction is truly secondary.  Kristen Stewart, herself a very complex person and widely hailed actress is nothing short of brilliant in her portrayal of Jean Seberg.

Stewart has a similar magnetic beauty as the character she portrays, matched with the ability to hold the screen in passages that would seem endless if portrayed by a lesser talent.  With Stewart immersed in the role, those moments fly by – the emotion has been registered, the fear expressed, the panic real – and then we move on. 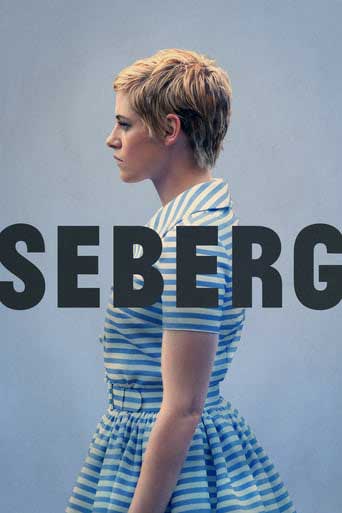 It has been widely suggested that the role of Hakim Jamal (Anthony Mackie) has been totally fictionalized in the film – that the two never had the torrid affair portrayed in the film – but using Jamal as the tortured icon of the struggles between races and classes in the ‘60’s and 70’s provides a facile device to advance the story.  If the affair is fiction, then the response of Jamal’s wife Dorothy, played with controlled rage by Zazie Betts pushes the screenplay further into the category of “historically inaccurate.”  As a critical piece of “Seberg” as a film, her role is essential and pivotal.

As one might expect, the characters of the FBI agents involved in the COINTELPRO project that did historically badger, berate and attempt to destroy Jean Seberg are near caricatures.  Vince Vaughn portrays an agent so vile that his explosion in front of his family is almost expected.  It is Jack O’Connell, portraying the FBI agent with a specialty talent in sound recording – bugging and eavesdropping in order to gather potentially malicious information – who actually conveys the potential for human compassion.  He understands what he has done  and wrestles with the enormity of the evil it creates.  When he leaves the film, it is a poignant moment as he disappears into the darkness of a Parisian bar with nothing more to say than that his name is “Jack.”

Amazon Studios picked up the distribution rights to “Seberg” and had it first narrowly distributed in December to qualify for potential Academy Award consideration.  The fact that Kristen Stewart did not appear on the list that ended up being Charlize Theron, Cynthia Erivo, Scarlett Johansson, Saoirse Ronan and ultimate winner Renee Zellweger is its own kind of travesty.  Her performance is stunning and well worth the effort to see the film. The wide release of the film was initiated in February, 2020 with streaming on Amazon Prime the logical extension of the distribution package.

“Seberg” is in wide release, playing at The Moviehouse in Millerton, NY and the AMC in Danbury CT.