According to national statistics an estimated 6% of homes sold in the US are flipped properties – although from all the flipping, flopping, and fixing shows on television, flipping fascination seems much higher. For this issue of Main Street Magazine, we decided to explore the flipping phenomenon in our region at this moment in time. Who does it and why? Do they make money? Can flips still be found?

Successful “flippers” are good at recognizing great deals in a specific market, finding or having the capital required to improve the property, and utilizing design, renovation, and construction expertise and relationships with the “trades.” A real flipper also has people management, budgeting, marketing, and scheduling skills. The mistakes that floppers make are the reverse. Floppers can end up losing money by underestimating the time and money it will take to complete the project or paying too much and spending too much time and money on renovations.

An unknown factor is always timing. The dynamics of a real estate market can change between purchase and sale, which is why full-time flippers move quickly. A sudden rise in interest rates, a collapse in the stock market, decline in employment, or a sudden disaster like 9/11 or Covid can swing real estate prices up or down. Flipping is not for the inexperienced or the risk adverse.

How much can a flipper make?

Experienced realtors in our area calculate that a potential flip property should have an estimated upside of at least 25%. For example, if a home fixed up would sell for $400,000 and renovations are estimated at $100,000, an experienced flipper would pay no more than $210,000 for the property. This would provide a gross return of 29% on the total investment of $310,000.

But the bottom line on a flip is not just the sale price minus the purchase and renovation cost. There is the cost of buying and selling – commissions, lawyers fees, taxes, etc. Then consider the expense of financing the project, and paying ongoing expenses like utilities, insurance, and property taxes. These expenses can be as high as 10% to 15% of the final sale price and can half the profitability of a flip. And none of this is factoring in the risk involved. Bob Chieffo, owner of Bob Will Buy It (www.bobwillbuyit.com) and a successful full-time flipper operating in southern Dutchess County, estimated his average final net gain at 10%.

Sometimes markets change along with owners’ priorities and something that appears to be a flip is just a happy coincidence for everyone involved. The sudden rise in home prices, particularly in Salisbury, CT, has resulted in sales that seem like genius flips but are really a result of market timing. An extreme example of this is a unique property in Lakeville, CT, originally listed at $895,000 at the end of 2016 and eventually selling three years later for $300,000 in late 2019. It was re-listed in October of last year after the new owners had a change of plans and closed at $700,000 in April of this year in a red-hot market.

A modern farmhouse on Taconic Road in Salisbury closed for $740,000 in February of last year and after extensive landscaping, the addition of a pool and interior renovation is now under contract at a listing price of $1,250,000. It was not the intention of the owner to “flip” the property but having invested wisely to create a move-in home for himself, he created a home that was in high demand at a time of very limited inventory.

Early buyers at Silo Ridge are also taking advantage of the strong real estate market as well as the continued build-out and addition of amenities at the exclusive gated community. According to the New York State Sales Data Base, some buyers who purchased in the summer of 2018 during the early stages of construction, doubled their initial $2 million dollar investments by selling in the fall of 2020 without doing any renovation. One really lucky investor bought in January of 2020 for $3.3 million before real estate prices rocketed upward and sold a year later for $5.8 million – a handsome 75% return on a one-year investment.

Can you flip right now? Maybe

It’s possible that in a real estate market where few buyers want to do any renovation flip possibilities exist; however, high prices even on distressed properties, the rising cost of building supplies, equipment shortages, overbooked contractors and trades (good luck trying to find an available electrician or plumber), the possibility of rising interest rates, and an uncertain direction in the real estate market make flipping seem like an even riskier proposition.

All of this may be true but astute flippers are still being successful like Bob Chieffo who purchased a run-down ranch in Millbrook for $154,000 with over five acres of land on Crescent Road in July of 2020, did an Architectural Digest-worthy gut renovation including staging, and closed in June over the asking price at $933,300 after only a few days on the market (see before and after photos on previous page).

With so little inventory available buyers are still willing to pay top dollar for ready-to-move-into houses, especially ones in great locations. It’s much faster, certain, and easier than hiring a contractor to renovate and waiting and waiting. 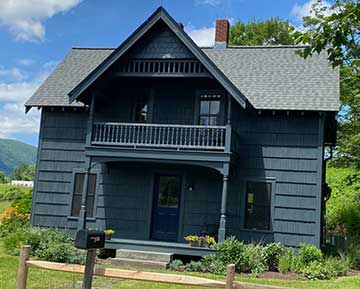 Another recent flip on a more modest scale was at 50 Hammertown Road in Twin Lakes, Salisbury (see photo below), which was purchased for $300,000 in July of 2020 by investors, and after gutting and repainting dark grey (the color of the moment), the house was back on the market by October at $725,000. An offer was accepted a few weeks later and the house quickly closed at $695,000. Both of these flips are examples of the importance of buying the worst house in a great neighborhood at an attractive price.

An example of a fast flip at the lower end of the market is a small 982-square-foot home at 41A Fowler Street in Lakeville. Purchased for $136,000 in late April of this year, the house was freshly repainted and improved and listed the next month at $309,000. There was an accepted offer at the time this article was written in July.

By exploring realtor.com for houses for sale and checking on property history, anyone can engage in real time flip watching. For example, the raised ranch at 215 Belgo Road was purchased for $450,000 in September 2020. After adding a new kitchen and bathrooms, it was listed for sale just before this article went to press at $1,095,000.

Heads or tails – it’s a flip

Some real estate professionals, like John Harney of William Pitt Sotheby’s International Real Estate, believe, “Flipping is fine, but one issue is that it is eroding the current stock of affordable housing. These properties, once renovated, are lost forever to full-time local families. So, the question is where are the people who work in town and in our stores, who volunteer for the ambulance and fire companies, and where can they find affordable housing?”.

On the other side, experienced full-time flippers like Bob Chieffo maintain that flippers like himself who buy directly from sellers provide a real benefit to those wishing to sell their homes quickly without fixing them up or cleaning them out. Once renovated, these houses are sold at a market price and improve the neighborhood and surrounding homes. 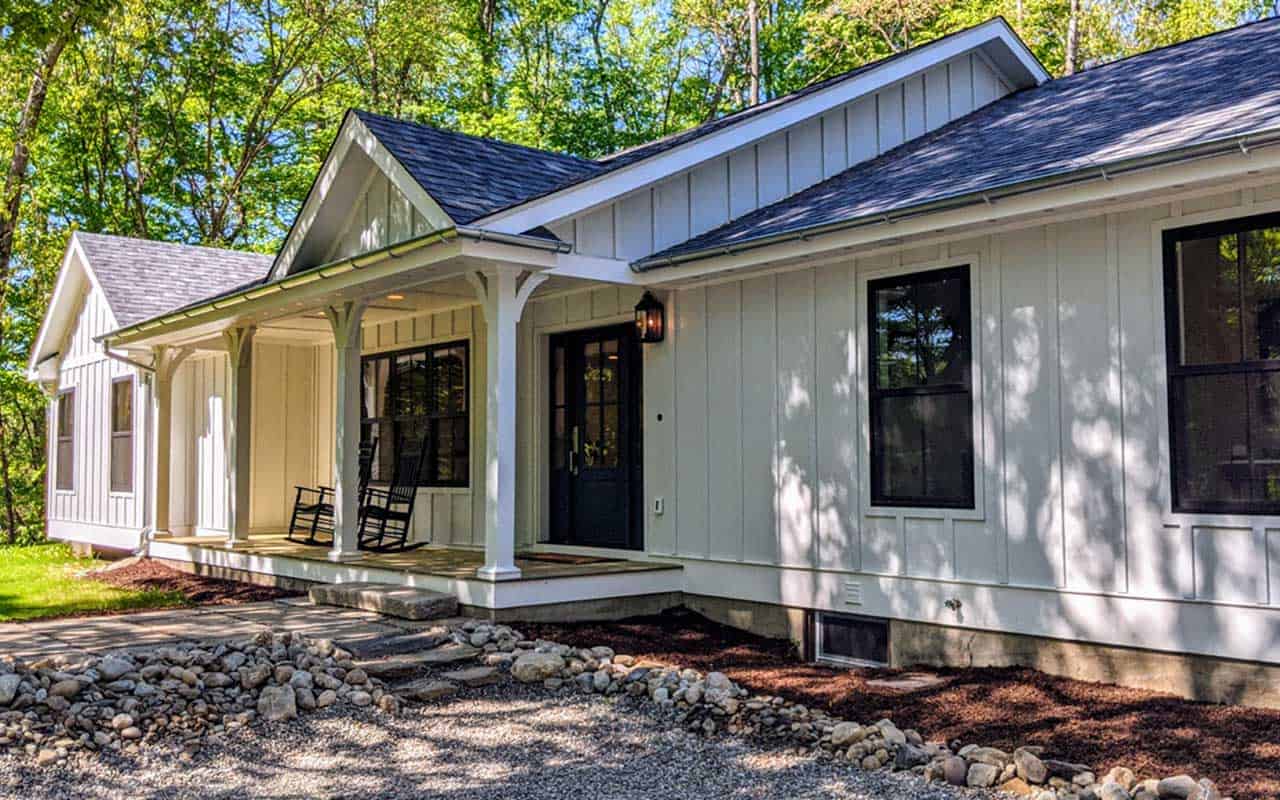