Getting (More) Social on Main Street 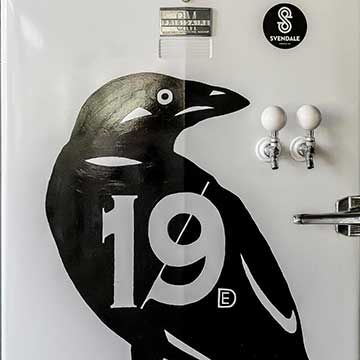 I knew interesting things were afoot at the iconic building that is 2 Main Street in Millerton, NY, when I came in to speak with Svend Lindbaek about his plans there, and the first thing he did was put Dexter Gordon’s album Montmartre 1964 on the turntable. “Do you like jazz?” he asked, expecting no other answer than yes – which I do, very much. “It has meaning for me,” he said, referring to the year it was recorded and, of course, the place, Copenhagen, Denmark. The music was inspired and inspiring, setting a tone of wonder and possibility. I knew immediately that this was going to be a story about much more than beer and the transformation of 2 Main Street.

Svend is a Danish-born photographer who moved to New York City to pursue his passion for photography. His career got off to a good start in Denmark, but he was eager to take it to another level. He knew that professionals in New York valued Danish assistants. “Why?” I asked, curious. “We’re meticulous, well-educated within the trade, and have great attention to detail,” Svend replied without hesitation.

“I had an early passion for the still life,” Svend told me. “It suited me well. I became known for my work around make-up,” he continued. (This is an understatement. Do a Google search for his images and you’ll never think of lipstick the same way again).

For 15 years Svend’s studio was located on Broadway in NoHo. “Through the Arnell Group, I was introduced to Dylan Egon, a stylist and amazing artist. We created a lot of work together in a span of over ten years,” Svend explains. Looking at Svend’s (and Dylan’s) works online, it becomes immediately clear that they see and express things with profound passion.

From dark room to tap room

And so it is with Svend’s current project, Millerton Social, part of which is another of Svend’s deep interests, making beer. He’s been doing this through his brand Svendale Brewing Co. for several years, starting in Carroll Gardens in Brooklyn and transitioning to Millerton.

“I learned about making beer working in the dark room,” he confessed. “That’s where things really happen in photography, and so it was with beer. When processing started happening digitally, I transformed the dark room into a brewery of sorts. That was about seven years ago,” he said. “I had bid on a homebrewing class at a fundraiser years ago, did it with some friends, really enjoyed it, and went on from there, getting supplies and making bigger and bigger batches in the dark room.”

Svend’s first inspiration was to replicate a favorite beer, the English Bass Pale Ale. “My meticulous nature helped,” he said with a smile. He called his beer Fish Tail Ale, and liked it enough to want to see how it fared against other beers.  When his entry – “ESB du Svend” – received an honorary mention for non-commercial producers in a homebrewer competition hosted by Home Brew Alley that drew nearly a thousand entries, it gave him the reassurance he needed to keep at it and go bigger.

The space at 2 Main Street is big, and seems the perfect facility to reflect all that Svend aspires to with Millerton Social. He discovered Millerton years ago and “fell in love with the building,” he said, which was formerly the home of Gilmor Glass and sits at the intersection of Routes 22 and 44 just as you come into downtown Millerton.

His vision for it was as a brewery exclusively. As with the dreams of so many others, however, COVID threw a wrench into the plans. Everything had to be reconsidered and, at the same time, reimagined. What he realized he had, right away, was a great public space.

Working with local architect and friend Ray Nelson, Svend has fashioned a space that currently includes a gallery toward the front and a large warehouse behind and around it that will eventually be an additional gallery for objets d’art, and a fun and funky taproom. Currently, his 1966 Ford Mustang Fastback “resto mod” is on display in part of the warehouse space, and along the back walls of the gallery are large black-and-white portrait prints from a work he did called Public Nuisance. The groupings of people in the pictures help the space feel populated and welcoming. They were shot at an opening for an exhibition Dylan was having at Orlando Reyes’s Gallery 58 in Jersey City. The ping-pong table, work table with the architectural plans, and the long wooden table by the door – and the beer fridge – all help set the stage for what promises to be something special.

Getting to the beers

Back to the beer, which Svend was eager to have us taste. We were joined by Britt Elia, his girlfriend and inspiration who shares Svend’s vision and whose passion for her own interests creates another vibrant dynamic around what is possible – with and without beer (but with beer is really good!).

With a large bowl of pistachios to accompany the tastings, we started with Strawberries and Cream 4Ever. There’s the beer and its flavors, and there’s the story and the packaging. The beer is delicious, light yet complex, a sour ale that’s finished with lactose and a fresh strawberry puree, giving it just a hint of that bright berry sweetness on the finish and an incredible mouthfeel. It was the perfect introduction to a line that is as stylish and bright as its brewer.

Svend explained that the names of his beers relate to music and motors, and that, in fact, it’s when he listens to something that particularly speaks to him that he then goes about trying to put the essence of that into a beer. With the Strawberries and Cream 4Ever, the inspiration is John Lennon’s song, and the image on the can is the infamous mosaic, Imagine. The artwork on all of Svend’s cans is based on a half-tone pattern of amplified dots. “I’ve always been fascinated by it,” he said, “I think it adds dimension.”

The next tasting was his Born Too Loose Lager, a take on a tune by Johnny Thunders & The Heartbreakers, a punk rock band from the 1970s. The flavor reflects the intention, which is to be a “fun beer,” according to Svend, “with a pun around ‘Born to Lose.’” The flavor is easy with a tinge of edgy, refreshing and very drinkable.

Svend’s other beers are equally interesting – and delicious. There’s Cruel Summer Sour Ale, with a nod to the band Bananarama and featuring a self portrait of Svend and his ex-wife masked up at the beginning of the pandemic (his ex-wife came up with the name of the beer); 22 North Oat Pale Ale, showing the ’66 Mustang zooming up Route 22 North on a green background; Eat My Dust IPA with a pink-toned photo of two racers on a flat track; Fistful of Fury IPA, whose image is of the lead guitar player for The Turbo A.C.’s; and Patrick Stout, named after his sons’ late Irish grandfather.

“My visual and aural sensibilities translate into the palates for the beers,” Svend explained. “I like how things evolve. I like to see interconnections. I like to build things. And I especially appreciate the beauty in imperfections,” he noted, “that form the foundation for other things.”

As we’re tasting and talking, people come in and out of the space even though it’s not officially open. Svend greets them all with enthusiasm and curiosity. An older couple wanders in. He’s a former photography teacher from the nearby Hotchkiss School. A group of teenaged boys wonders if they can play ping-pong. “Sure,” he says with delight, even fetching them seltzers to enjoy while they play. “I have two boys myself,” he said with pride. “Oskar is 14, and Absalon is 13. Both have known this space from the time I was taken with it, so they have seen the process of its becoming from the beginning.”

I’m reminded of my sons and their experience of growing up with a craft beverage business (Hudson-Chatham Winery), and how at that age they lamented that it wasn’t a bakery or something that produced a product they could really enjoy. I share the story with Svend and we laugh. He shares stories of his boys’ talents and pursuits.

“The idea of a public space is so important to me,” he continued. “I want to open tomorrow, and I’m working on that. Many people in town have been so supportive,” he added. “You know,” he said, “I spent 20 years in a room that was dark. I learned to work by feel. This is a different formula, but the same sensibility.”

Dexter knew, and you will, too

When I get home I do some research about the Dexter Gordon album Svend put on. Copenhagen was a very special place for him, and he loved playing at Jazzhus Montmartre, where the recording was made in the summer of ’64. Gordon said, “I think the European audience is more into the music than the Americans. They don’t just listen on the surface. They listen to the feelings, the modulations…They have a whole other outlook on everything… Not just music, also literature and art.”

I can’t help but think Gordon would describe Svend that way, not just listening, or taking pictures, or making beer, or transforming an historic building into a gathering place on the surface, but doing all those things attuned to modulations. With a side of meticulous. There’s all kinds of wonderful happening in that space, and beer to boot!

You can visit Svend Lindbaek at 2 Main Street in Millerton (almost) any time and stay tuned to the evolution of Svendale Brewing and Millerton Social by following him on @svendale on Instagram. 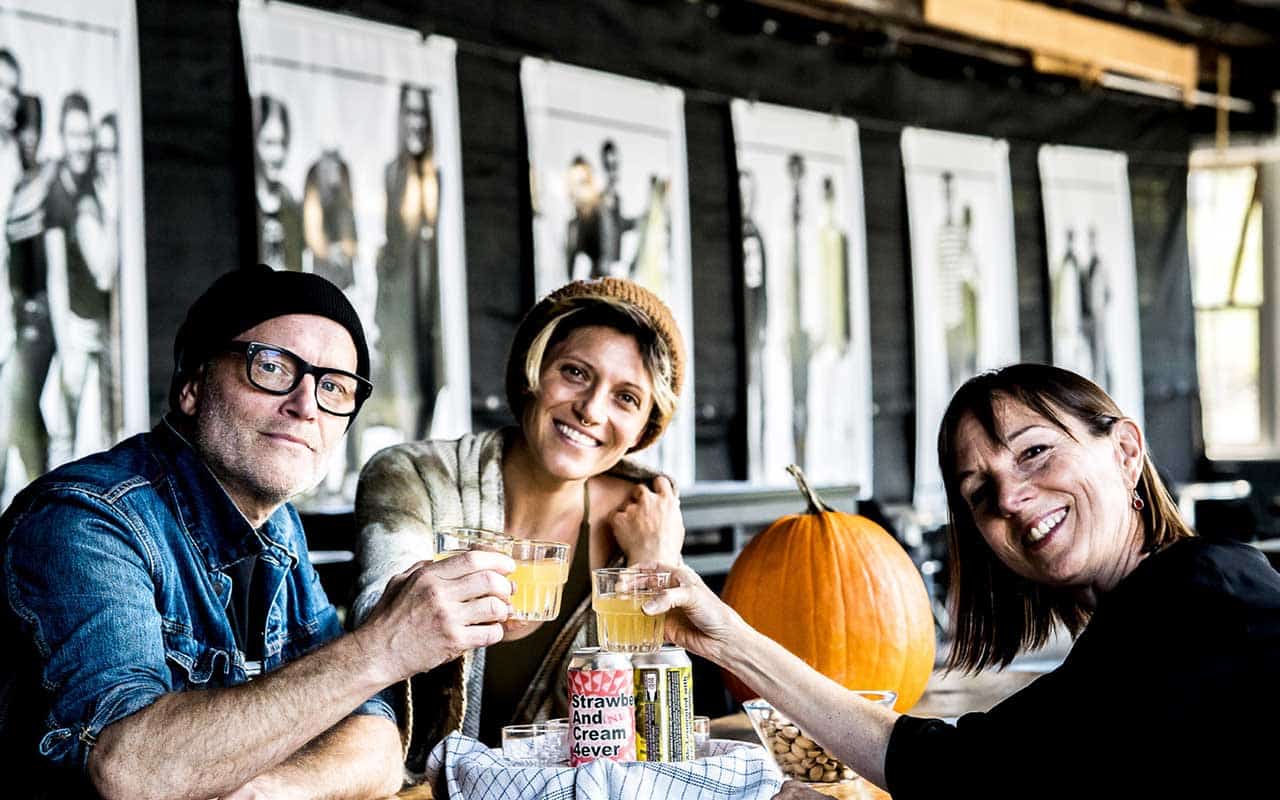