“There’s such and incredible pool of talent up here… from Connecticut through Massachusetts into Vermont and throughout New York.” Jim Frangione is very expressive when talking about regional theater in the Litchfield Hills, the Berkshires, and the Hudson Valley. “We’ve got great theater here that draws incredible talent from New York and Boston. It’s the local talent that impresses us.”

The “us” Frangione refers to includes Great Barrington Public Theater co-founder Deann Simmons Halper, an actor/producer/director whose extensive list of theater credits compliments his lengthy listing of film, television, and theater roles as a writer/actor/director.

Together, Halper as managing director and Frangione as artistic director harnessed the energies and contacts of such celebrated efforts as the Aglet Theatre Company and Berkshire Playwrights Lab to form a unique addition to the regional theater scene.

Resumés worth noting… and applauding

Theater-goers through the region will likely have seen both company founders on the “boards” at Shakespeare & Company, Barrington Stage Company, Sharon Playhouse, and Aglet Theatre Company productions. They’ve been honored with not only excellent critical reviews, but nominations for theatrical awards including the OBIE and Berkshire Theatre Critics’ Award.

Halper reflects on the creation of the company in a way that reaches out to the entire creative and appreciative theatrical community. “Both Jim and I had been involved with presenting staged readings for several years, in various forms, and with several different theater companies. While readings are essential to the development of new plays, we’d heard from a number of playwrights that what they really desired was a production – actors not holding scripts, a lengthier and more substantive revision and rehearsal process, basically a deeper dive into the new play, opening it up to audiences and critics alike.”

Finding their niche as “the other guys”

“We’re the theatrical alternative,” offers Frangione when assessing the potential competition from the regional powerhouse companies that draw marquee names to appear in recognized plays. “We focus on new plays… pieces that may have had theatrical readings or small, regional productions, but are not widely known.” One such play is David Mamet’s The Christopher Boy’s Communion, which was to be the centerpiece of the company’s 2020 season but, for the obvious reasons of a national pandemic, had to be postponed for an anticipated East Coast premiere in summer of 2021.

Frangione’s connection with Mamet has deep roots. From Jim’s years with The Stage Company of Boston, where he first met Mamet, to his theatrical “break,” first as understudy to William H. Macy in Mamet’s Oleanna at the Orpheum Theatre in New York to stepping into the lead role on the play’s national tour, the two have remained personal and professional friends. Frangione appeared in Mamet’s The Spanish Prisoner, the film that boasts Steve Martin’s one straight dramatic role and will be remembered, locally, appearing in American Buffalo at Berkshire Theatre Festival in a production that starred Chris Noth.

Originally from Cape Cod, Frangione has been a local resident for years, connecting his oceanside roots to his passion for writing in a trilogy, the second part of which, Breakwater, was the premier production of Great Barrington Public Theater. “We have close connections to Bard College at Simon’s Rock and have been fortunate enough to find a home for our productions in their amazing theater complex.” The Daniel Arts Center at the college not only offers a state-of-the-art, 300-seat proscenium stage theater – the McConnell Theater – but the more intimate Black Box Theater that is designed for readings and lab productions of new plays.

Not unlike all of the regional theater companies, Great Barrington Public Theater exerted great energy in finding and presenting alternate presentations during a summer season completely erased by COVID-19 and the strict limitations required to attempt containment. From live, in-person performances to virtual performances designed to attract both the attention and the support of a burgeoning audience, the company has mounted two series. What would have been a live performance – Bear Tales – became Bear Tales – Six Feet Together, a series of solo pieces that matches area writers with area performers in bringing fresh work to the audience.

Drawing, again, on the long-term relationship with David Mamet and his wife, actor Rebecca Pidgeon, the free, online productions include a one act play by Mamet in which Pidgeon portrays the legendary, complex and tragic New York media personality, Dorothy Kilgallen.

A similar effort to bring the arts to a virtual audience is represented in a joint venture between Great Barrington Public Theater and the Berkshire Film and Media Collaborative, an organization that unites creative professionals throughout the region, serves as a clearing house for the skilled media disciplines and has brought together a star-studded list of board and advisory members. The Collaborative reinforces Frangione’s assertion that the region is peppered with extraordinary talent, so combining the reach of the Theater with the skills of the Collaborative has resulted in Berkshire Outdoor Shorts, an ongoing series of short films that focus on the natural environment of the Berkshires.

The websites of every arts program in the region echo the uncertainty and resilient hope that each has for a 2021 season that may bring at least a half-step toward “normalcy.” As the months continue to pile up and the virus continues its relentless march through the population, it is the hope of available vaccines that keeps the flame alive. Well within the collection of organizations hoping for a brighter future is Great Barrington Public Theater. Their founding mandate, to be “a collaboration of seasoned theater professionals and newcomers to professional theater, all committed to bringing new work, new voices, local talent, and always-affordable tickets to audiences in the Berkshires” lives on. The theaters at Bard College at Simon’s Rock remain dark, awaiting their hoped for return. In the interim, both Deann Halper Simmons and Jim Frangione, along with the other talented individuals who have linked themselves to the theater – Anne Undeland (associate artist/playwright/actor), Andy Reynolds (associate artist/playwright/grant writer), Elizabeth Nelson (associate artist/playwright/marketing), and Mike Clary (marketing/communications) – soldier on. • 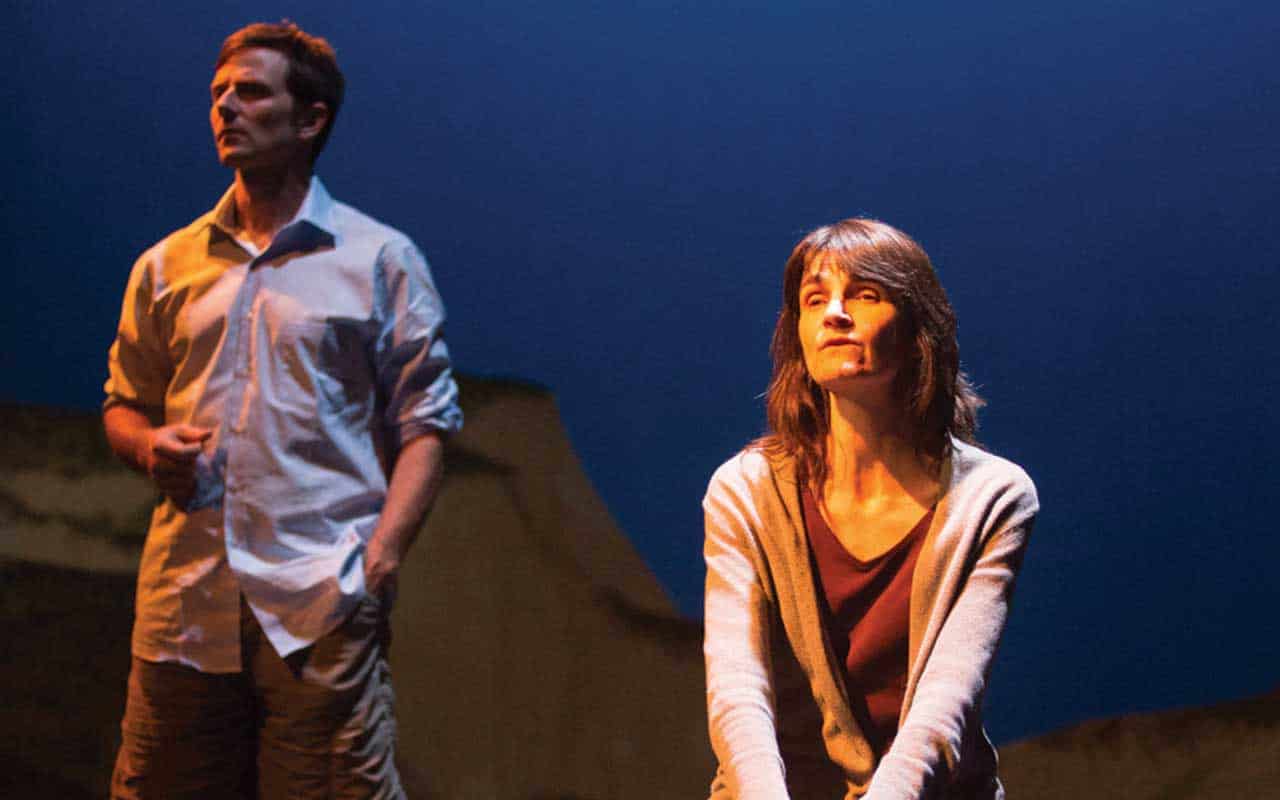