It’s impossible to gauge what makes for a perfect experience of any kind. Such a thing is, in all likelihood, unattainable. However, when a restaurant commits itself to presenting diners with an atmosphere that compliments its menu so seamlessly, it may be as close to perfect as one can get. Thus, Great Barrington’s Number Ten, a steakhouse named for its location next to the historic Mahaiwe Theater on Castle Street, has achieved another level of synchronicity. At once, Number Ten has created a warm and inviting space that won’t intimidate the family dynamic while also re-imagining the steakhouse aesthetic with something that feels modern but not overbearing. Number Ten is essentially divided into two unique spaces that together, idealize the leisurely comfort of the Berkshires. In front, set behind an antique mahogany bar, are booths built from reclaimed church pews and further into the dining room handmade wooden tables draped in linen-cloth are set against the restaurant’s brick interior. It’s simple, but Number Ten takes its simplicity seriously, meaning you’ll never find yourself beset by gimmicks, its charm is undeniably authentic. Essentially, it is the food that completes this portrait of premiere dining in our picturesque area. 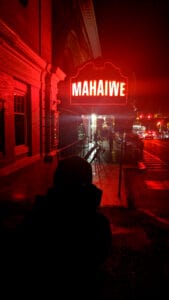 So it was on a late winter evening that I and my family took advantage of a brief retail excursion in Great Barrington and rounded Main Street’s corner and up Castle Street and to Number Ten, a place that, admittedly, my fiance and I discovered some months before on whim and a steak-craving with friends. Since then, we had been guarding our country-style pearl as if it were some hidden treasure that only we had stumbled upon in the backyard (hint: it’s not, formerly the Castle Street Cafe, owner Vern Kennedy re-branded the space to Number Ten in 2018 to much local fanfare). Still, for us, it has become one of those restaurants that transforms into a homing beacon when we enters its radius. My latest experience only reaffirmed my affection for Number Ten’s offerings.

For those that enjoy rich food, bring a friend or two because Number Ten’s a la carte style menu is meant to be shared. The kids enjoyed the truffle fries, which were clearly made in house, well-enough, which allowed for me free reign over their food as I enjoyed my selection. I had the 14-ounce NY Strip, sauteed mushrooms and easily the most satisfying mac n’ cheese I’ve had in the area. Each selection comes with a choice of sauce. My go-to is the horseradish cream which retains the classic radish taste without clearing out your sinuses. Despite the insistence on my own preferences, Number Ten boasts many options including fresh seafood, vegetarian, grass fed locally raised beef, pasta, and burgers as well as many gluten-free entrees. On my next occasion, I’ll be sure to check out the piano bar which apparently offers the largest selection of American whiskey in the Berkshires. Each experience I have at Number Ten reminds me that there is still more exploration to be had, for it is the definition of a dining oasis located next door. 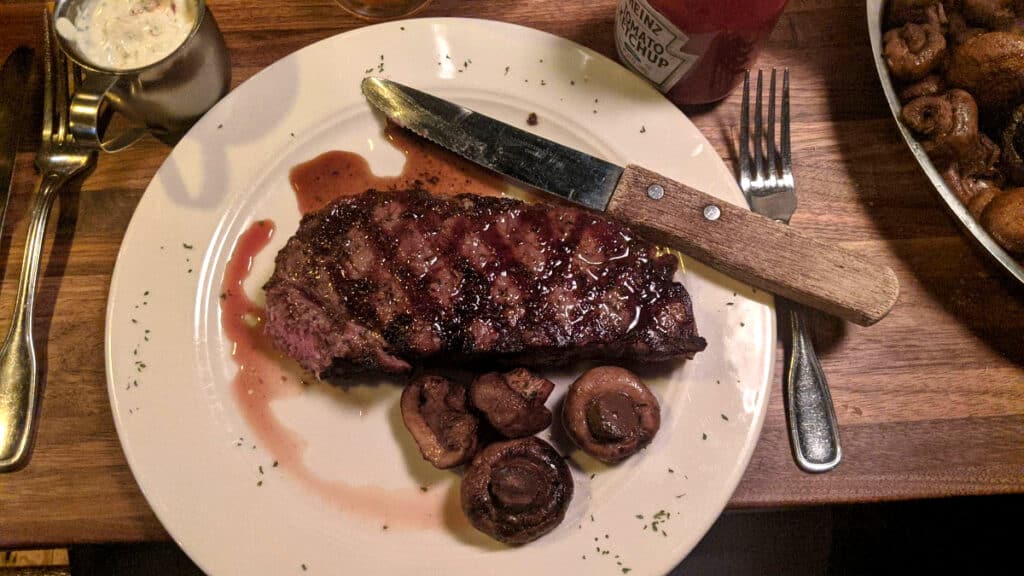