Hope you all had a pawsome Halloween! Show me pictures – I want to see what all my furriends dressed up as. I saw some really great costumes! Moana, Maui, and Hei Hei just to name a few. Actually, truth be told, that’s what my family dressed up as. Ellie really wanted me to be part of the Moana movie theme this year and suggested I dress up as Moana’s grandma. Ummm, thanks fur the offer Ellie, but that’s a hard pass fur me. Quite frankly I was a little insulted she suggested I be a grandma fur Halloween. I might be her elder but what the fluff, Elle?!

Fur a hot second I thought about being a unicorn. I think I could pull off the majestic look…but it would purrobably look too feminine fur me. Second on my list was being a pastor. This idea sparked from my constant reminders of how much of a good man I am.  I then decided against this because sometimes I am a bad man, which would be contradicting to the outfit. Third I thought about being a pumpkin – but that just seemed too purredictable. With so many costume options to choose furrom I opted fur something I could really get into character with…something I’m really passionate about and could really relate to.

Surpurrise! I was a cat fur Halloween. But not just any cat! I was a A scaredy-cat, to be exact. Mom and Dad have always said “If you were to look up scaredy-cat in the dictionary, Otis’ picture would be right next to it.” I think I nailed this year’s Halloween costume. In fact, if there was a costume contest I’m confident I’d win furrst prize! 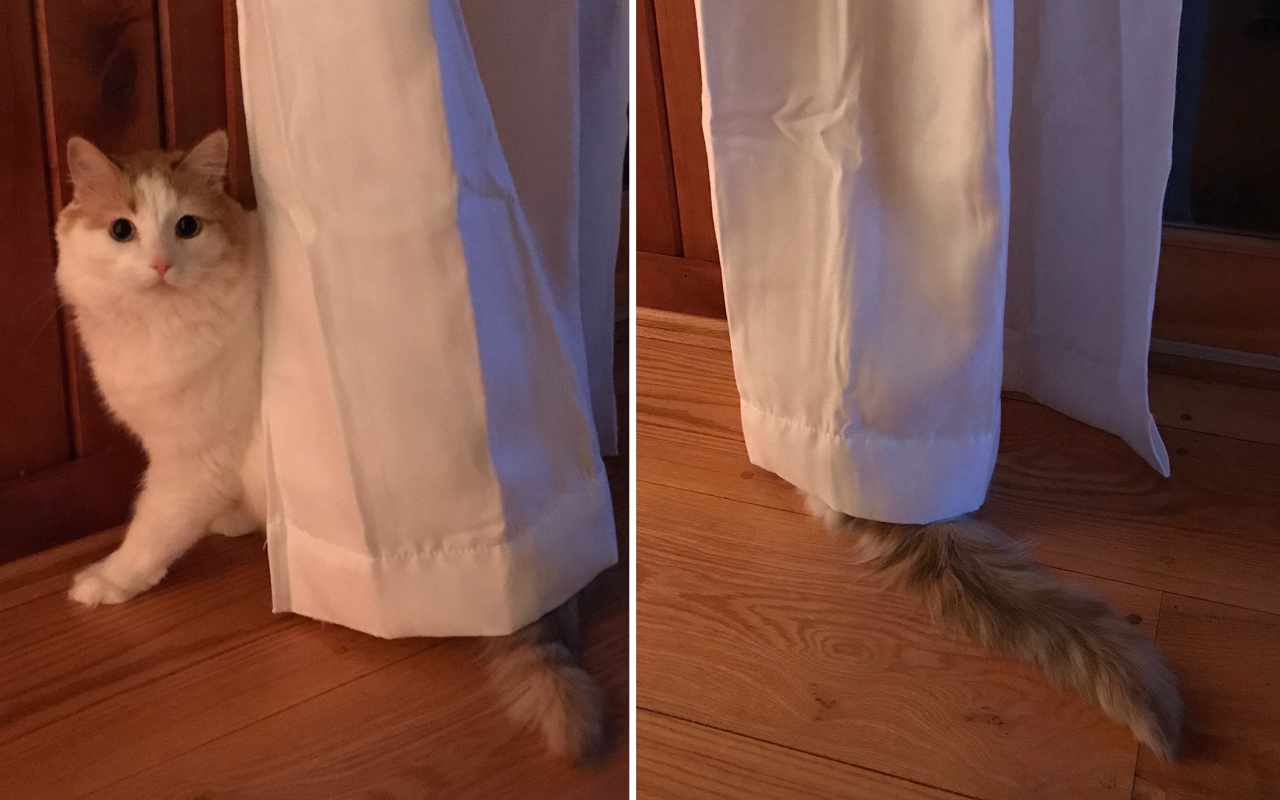