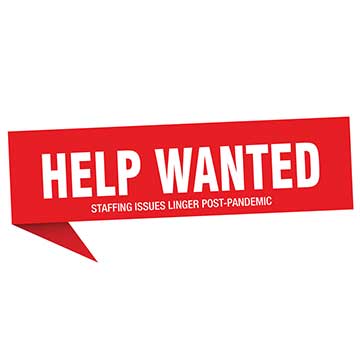 What is left to be said about the past year that has not already been learned, experienced, and shared? In the intervening months that sluggishly married 2020 with its successor, many facets of society experienced seed changes. From personal health to social interactions, the kind of daily life that seemed to have cemented itself into our collective consciousness has changed for the foreseeable future. However, despite our uncanny ability to adapt over time, and while we celebrate the arrival of vaccines and the return of public gatherings, one aspect of life has been seemingly left behind.

In the midst of the pandemic, much of our basic services, all of which we invariably take for granted, were put on the proverbial hold. Restaurant owners, retail workers, and all manner of entrepreneurs gritted their teeth and endured months of anxious uncertainty in the hopes of surviving until the nation would reach the vague notion of  “pre-pandemic” norms once again. What began as outright fear slowly transformed into trepidation, small business owners entertained new forms of service including online ordering and no-contact pickup. Eventually, many of the nation’s corporate industries would fully adapt using digital exchange and social media to survive while the streets of small towns and villages where local storefronts call home began to slowly trickle back to life. Yet, many of them are still struggling to find help. Though nobody has fully escaped the challenging wake of the past year and a half, here we are, finding ourselves coming back in some forms to our everyday lives, with one notable exception – small businesses are falling behind.

According to data retrieved by the Economic Policy Institute, over the previous two decades, the nation’s resignation rate has never risen above 3% of the total workforce. Then came March of 2020, economic instability and mass lay-offs driven by the COVID-19 pandemic. Initially, as expected, it wasn’t folks quitting their jobs that caused such market volatility. In March and April 2020, a record 13 and 9.3 million workers were laid off, and the quit rate subsequently fell to a seven-year low. Many small business owners understandably felt the immediate fear of economic recession or felt compelled to give employees access to government aid. As a result, many of the nation’s lay-offs were driven by industries like service, childcare, and retail.

A strange thing happened however, as the calendar crept into the spring of 2021, a workforce that could have been argued was about to re-enter normality instead shifted toward a paradox. Despite the lingering labor shortages and high unemployment rates, workers began to quit their jobs in alarmingly high numbers. Thus, we welcome one another to what has been dubbed “The Great Resignation” or the “Big Quit” in America.

According to economists, typically, high quit rates indicate worker confidence in the ability to get higher paying jobs, which typically coincides with overall economic health and low unemployment. The current workforce anomaly has less to do with data points and is more associated with worker confidence and lifestyle preference. It has thus far been met with mixed results.

It may take years to numerate the amount of social changes in society signified by the pandemic. In addition to spending more time outdoors, holding meetings digitally via Zoom and moving out of urban areas, many folks are reevaluating their work life and careers. The pandemic no doubt gave workers time to rethink their careers, work conditions, and long-term goals. As spring approached and then summer waned, many of the area’s small businesses who rely on in-person efforts to sustain consistency were met with prospective employees who pined for careers that offered work-from-home options and more flexibility. It would make sense then, that when vaccination rates began to substantially increase in April of this year, a record setting 4 million Americans quit their jobs. The increased confidence in vaccines and personal health was not an indicator that the country was ready to return to their previous lives, but rather a sign that workers were further compelled to seek out personal ambitions not necessarily related to their collective careers. For local restaurants and other small retail and service businesses, the advance in digital work options has hurt prospects for hiring young workers for a modest wage.

“In the past, when we would put a help wanted sign in our window, we would get a stack of applications,” says the owner of a popular deli in Columbia County, NY. “The past year and a half was not like that.” Things did not get better this past June as approximately 3.9 million American workers quit their jobs. In March of 2020, as government lockdowns surged, Congress stepped in with a historic expansion in unemployment insurance. The COVID-19 stimulus bill would give jobless workers an extra $600 a week on top of their state benefits for the prevailing 18 months.

Given the “Big Quit” seems to be driven by younger generations like Millennials and Gen Z’ers, for some small business owners, the void in hiring has a straight-forward cause. “It has been impossible to compete with unemployment benefits,” says Joanne Scasso, owner of the longstanding Country Gardeners Florist in Millerton, NY. “Younger folks would much rather receive a viable wage while staying home or having the choice to partake in leisure activities.”

According to last month’s federal jobs report, and despite September being the first month after the stimulus benefits ended nationwide, the labor force shrank for the first time since May. According to a report from CNN, “The expiration of the programs last month left more than 8 million people with no unemployment compensation at all, while another 2.7 million lost the $300 federal weekly boost but continued receiving state payments, according to estimates by The Century Foundation.”

If not simply the existence of unemployment benefits that are keeping workers away, then what? The fact remains that not everyone feels as though they are choosing to stay home, especially those with school-aged children. The pandemic had a massive effect on public schools that for many still refuses to release its grip on both students and parents. Not only do many parents avoid taking service positions for fear of bringing the virus home, but close to 5 million people said they were not working because they were caring for children not in school or daycare. Despite roughly 96% of public schools having re-opened for in-person instruction, the situation remains tenuous with administrators still navigating protocols and who no doubt spent much of the summer attempting to reconcile the importance of classroom attendance with health and hygiene.

Still, this does little to solve the delicate impasse between the need for workers and the availability of wage earners. “I’m finding it fairly impossible right now,” said one Hillsdale-based man who runs his painting business throughout Columbia and Dutchess Counties. “I still think there remains enough incentive for folks not to return to work. Unemployment rates are still high despite everyone hiring. There’s no lack of work just, for whatever reason, a lack of desire to work.”

If the pandemic has revealed anything about the human condition, it is our unyielding ability to adapt, and employers are seemingly no exception to this rule. Outside of highly-specialized fields, the job market is as competitive as ever, meaning both job seekers as well as employers could benefit from finding the right person for their respective job. Local industries like chain grocery stores, medium-scale tech companies, and large scale shipping industries have begun to offer incentives like signing bonuses and schedule flexibility to prospective employees. Because employers are competing for workers in a more general pool, hiring has become less particular, meaning job seekers in an immediate need for a position could find themselves with more offers in less time.

Local municipalities are doing their part as well. In Poughkeepsie, NY, for example, the Poughkeepsie Galleria has hosted several job fairs in the previous months with upwards of 20 employers present, ranging from Galleria businesses to major local employers and regional employment agencies. Local and federal lawmakers could help employers as well by providing more funds targeted at helping laid-off workers return to the labor market through training, internships, and employment support initiatives.

A highly competitive employer job market also opens the possibility of higher pay rates for job seekers and companies are more aware now of the importance of the work environment not just for health purposes but when it comes to equity as well. These possibilities and changes are great news for those looking for opportunities in medium to large-scale industries, but small local businesses must still find a way to survive within the margins.

“I received more applications in the two weeks after the unemployment benefits ended than I did in the previous six months combined,” says the aforementioned deli owner. “It was really tough finding people for a while, especially with the limited incentives I was able to offer. While I’m 100% certain the extra money offered through the stimulus was a major factor, I’m just not sure these kinds of swings are sustainable.”

As local business owners continue to anxiously await a return to economic normalcy, it has become increasingly hard for many to shrug off disappointment. Understandably so considering the bulk of the discussion surrounding the nation’s Great Resignation seems to revolve around corporate culture. While it is admirable to observe employers adapt to the new reality and job seekers take a stand in the name of their social well-being, it can be hard not to concede that small service businesses are stuck in a tough position, especially since these are the places we wish to keep frequenting as we attempt to seek enjoyment from our lives a bit more.

“I used to trust our economic system a lot more, my faith is waning,” reiterates Scasso. “There must be a happy medium between what small businesses can offer and what workers are willing to accept. Without us, our community will never be the same.” 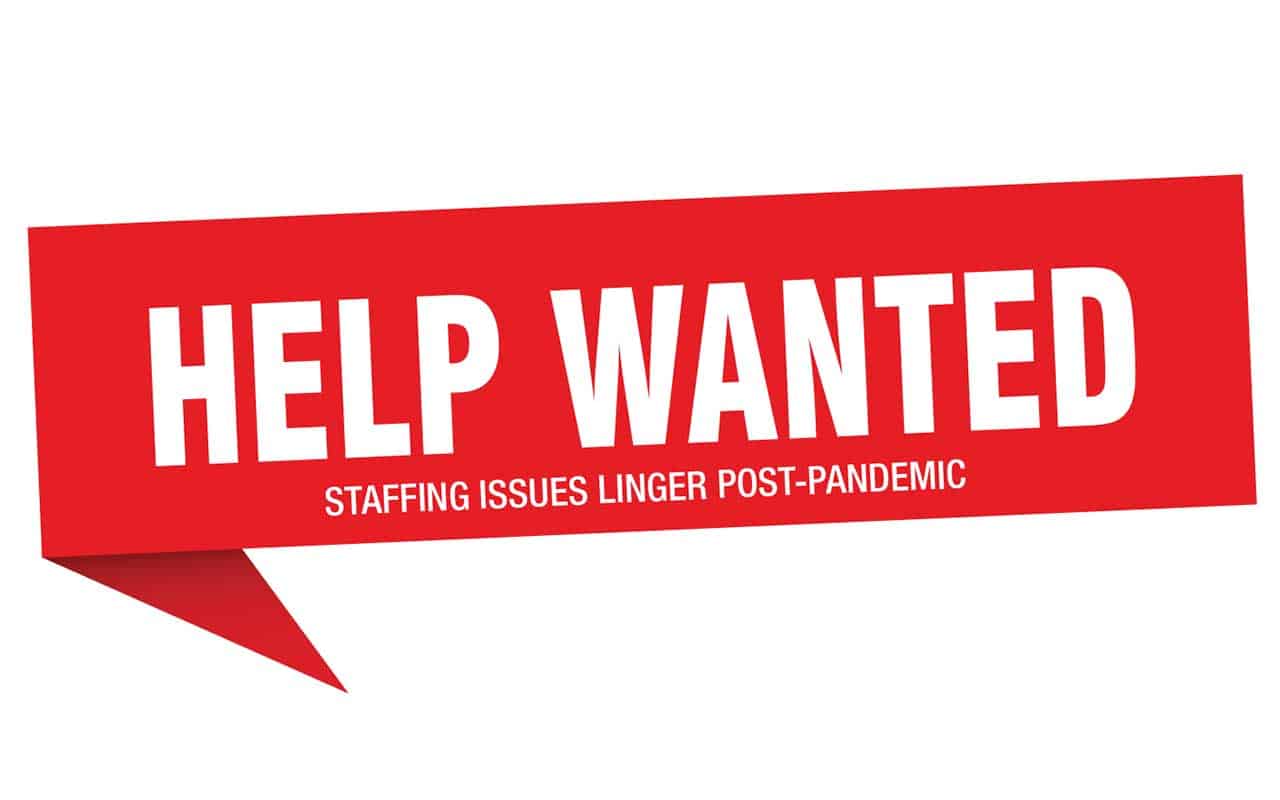