“I was fascinated by the sun as a child … the way light and shadows would move on the wall as sunlight filtered through the venetian blinds.” Robert Adzema has a long and tender relationship with the way the sunlight appears to move throughout the day, how those changes cast precise shadows and the artistic spirit that combines light and shadow into elegant sculpture.

An accomplish plein-air landscape painter, Adzema is also internationally celebrated as the creator of intricate pieces of sculpture – sundials that adorn public places, private gardens and places of tender memorial. “I prize a good fit both aesthetically and physically for the sundial to its site,” he asserts, knowing that the precision of placement and design are extraordinarily important for a sundial to truly tell time. 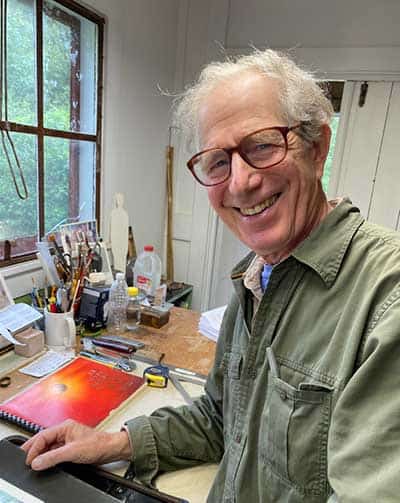 With degrees in Industrial Design (Pratt Institute) and a Master of Fine Arts in Sculpture (Indiana University) his scholastic achievements matched his innate skills. No less a celebrated design firm as DeMartin, Marona, Cranstoun & Downes engaged Robert’s precise model making skills as he developed a global reputation as an artist of significance.

The mystery of time

The history of sundials as timekeeping instruments is likely the oldest iteration of humans’ desire to know the time of day. As the sun presumably made its arc across the sky, shadows changed and, when viewed day after day, could provide a reading of how the day was progressing. A sundial is a clock that is ecologically pure, using available light and requiring little more than an object to cast a shadow – the “gnomon” – and a plate marked to reflect the hours of the day.

At its most basic, a sundial can be created by merely standing in one sunlit spot and carefully measuring one’s own shadow. In The Canterbury Tales, 14th century author Geoffrey Chaucer allows one member of the clergy to escape with little criticism.  It is in The Parson’s Tale that he underscores the humility of the pilgrim by having him become his own sundial.

It was four o’clock according to
my guess,
Since eleven feet, a little more or less,
my shadow at the time did fall,
Considering that I myself am
six feet tall.

Robert Adzema’s sundial sculptures seem as varied as the settings, the intent of their creation and his artist’s sense of balance, style and elegance. An impressive, commanding piece of Adzema’s work stands in front of the Samuel T. Chen Fine Arts Center at Central Connecticut State University in New Britain, CT. The 20-foot-tall Sheng sundial utilizes the Chinese ideogram that means “ascending” as its primary feature.

“Accurate sundials are site specific,” asserts Adzema, “designed for the exact longitude and latitude of the site.” The precise measurements made by Adzema as he designed and installed the Sheng Sundial allow visitors to read the time during morning hours on the east face of the piece and on the west face during the afternoon.

Often placed in dramatic places, Robert Adzema’s sundial creations exist as true outdoor art forms, complimentary to their location, geometrically pleasing and magnetically engaging. “My designs are meant to be sculptures that are poetic but that also function scientifically.” A visitor to Harborside Financial Center in Jersey City, NJ, will experience those qualities in complete execution. A large piece of public art, the 11-foot, 6-inch brushed stainless steel Adzema sundial is set on the plaza with the Manhattan skyline as backdrop across the Hudson River. Combining an equatorial dial that marks the passing of the hours, the piece also features a solar calendar that is perfectly positioned to illuminate each day at noon.

The use of light as well as shadow distinguishes types of sundial. The “oculus” can be almost a pin hole that focuses the sun’s light on the progression of markings on the dial to provide the same result as the shadow created by a gnomon.

The juxtaposition of light and darkness runs through Adzema’s work. He credits that fascination by having seen, at an early age, the 1935 classic animated short film The Sunshine Makers. The film has continued to be an inspiration as it tells the whimsical story of elves dedicated to bottling the sun as they overcome the negativity of a neighboring group of elves intent on living in darkness. The film, viewable on YouTube, is a charming celebration of light … and a fine tutorial on Robert’s devotion to light.

Light versus darkness. Good versus evil. The struggle is almost Zoroastrian in its presentation in sundials, and the results are often found in the memorial sundials that Adzema has created for very special, contemplative spaces. His Arc of the Sun piece uses the earth’s rotation to allow hour numerals to be illuminated by the sun as the hours move through the day. Light and fire were the ultimate embodiment of the eventual triumph of good over evil for Zoroaster, and the 5000 year history of that belief system has influenced communities of faith throughout history.

The Arc of the Sun piece first appeared in a landmark book – The Great Sundial Cutout Book which Adzema created with Mablen Jones in 1978. It is revered as an important milestone in not merely practical applications of the design and fabrication of sundials, but as an important moment in a global awakening to the possibilities for harnessing the sun’s constantly renewed source of energy. No less a figure as R. Buckminster Fuller hailed the book, “I prophesize well deserved popular acclaim for this book.” He was right, and though out of print, the book is still eagerly sourced through used booksellers who will discover that Adzema encourages copying the designs on heavy paper rather than cutting up the prized pages.

The majestic, whimsical and profound sundials continue to be created by Robert Adzema, who welcomes the inquiries for commissions and meticulously researches the proposed sites, then designs singular pieces to fit.

His continued pursuit of the unique, the aesthetic and the practical have led Adzema to places as far flung as Slovenia and Mexico, to gardens throughout the United States and to the high honor of receiving the Sawyer Dialing Prize from the North American Sundial Society. Through his achievements, a consistent focus has been “to consider the place … to embrace sentiment as science.”

A collection of Robert Adzema’s sundials, as well as a portfolio of his plein-air paintings are available for view on his website robertadzema.com. 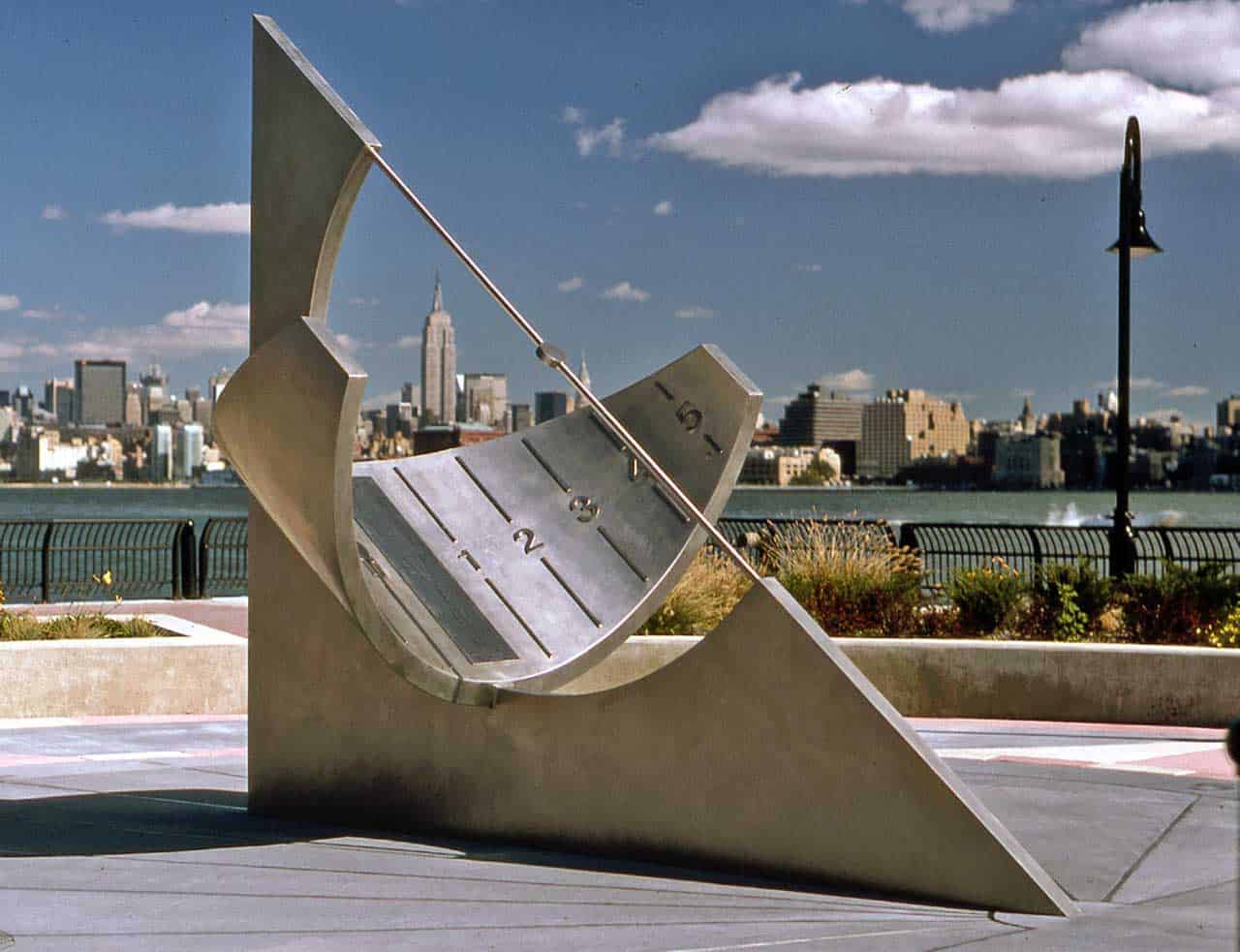