By 1875, Hillsdale’s sheep farmers were producing some 17,000 pounds of wool per year. Several textile mills were built. One, operated by just two men, produced 600 pounds of flannel and cloth annually.

Iron ore was discovered in Hillsdale as early as 1800, although mining was never a big business here. But the furnace at the Copake Iron Works required a huge amount of charcoal and while it’s hard to imagine today, the hills around Green River and North Hillsdale were denuded of their trees. Several charcoal pits sprang up in Green River, their product shipped by cart to Copake Falls.

Hillsdale had several blacksmiths, making everything from horseshoes to hinges. The first is thought to have been Jared Winslow, whose shop was in Green River.

Where there are cows, there is leather and there were several tanneries in town. The first, in the western part of the town, was built by Refine Latting. Latting also built and operated an inn that is still around more than 200 years later: The Hillsdale House.

Tourism also played a big role, particularly in the years following the Civil War. Hillsdale became a prime summer resort, and sustained several hotels, most notably the Mt. Washington House. The observation tower erected on White’s Hill, from which one could gaze upon four states, was an immensely popular spot. 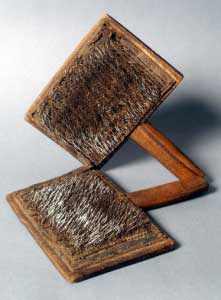 Over time, a number of retail establishments sprang up to serve Hillsdale residents as well as folks passing through. One of the earliest was opened in 1784 by Daniel Penfield, a Connecticut native who saw an opportunity to serve the growing traffic on the “Old Sheffield Road,” the precursor of the Columbia Turnpike. Unfortunately for Penfield, the store only lasted a short time, having been burned down by an angry mob during Shays’ Rebellion. (Worry not about the Penfields. They moved to New York City and made a fortune, and then founded the city of Penfield, NY, near Rochester.)
Harlemville and Green River each had several stores, but these establishments have either disappeared completely or the buildings have been converted to other uses. But many of the stores located in the center of Hillsdale hamlet are still there, anchored by the Hillsdale General Store. That building was originally Dimmick’s, a general merchandise emporium. The Hillsdale Mercantile appeared in the mid-19th century on White Hill Lane along with a number of shops, hotels and boarding houses. It remained in business under several owners until 1987. (It’s now being converted into the Roe Jan Brewing Company.)

John Collin’s son, John, was a cabinetmaker. Collin’s “History” helpfully lists the occupation of every Hillsdale adult male (and one female whose occupation is listed as “widow”). The list, as of 1883, includes farmers, blacksmiths, wagon and harness makers, carpenters, butchers, attorneys, teachers, clergymen and a railroad agent.

What’s surprising is how many of these occupations still exist today in and around Hillsdale. As to the others, the advent of the automobile, electric power and mass production in the early 20th century doomed them to obsolescence. There isn’t much call for wagon and harness makers anymore, and we haven’t had the need of a railroad agent since 1972.

Dairying has all but disappeared in Hillsdale. Dairy farms that once stayed in the same family for generations were sold off as children of the farmers pursued college or less physically demanding, more lucrative employment. On the other hand, the abundant cornfields now lining our country roads show how modern farm equipment allows today’s farmers to plow through the glacial rock that was so difficult to till two centuries ago.

Not surprisingly, the “buggy whip factories” of the past have been replaced with new businesses. The arrival of broadband in Hillsdale is attracting web designers, software engineers and a growing number of professionals who now have the infrastructure to work for firms throughout the world from their homes in Hillsdale.