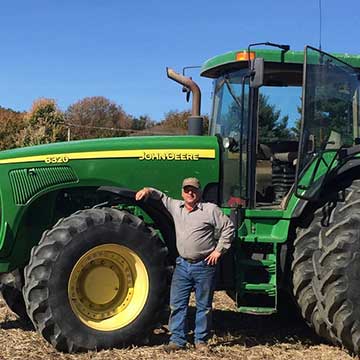 In a letter to George Washington, Thomas Jefferson once wrote “Agriculture … is our wisest pursuit, because it will in the end contribute most to wealth, good morals and happiness….” and, as he sat overlooking his famous gardens from his home in Monticello, VA, wrote to a friend saying, “I am entirely a farmer, soul and body, never scarcely admitting a sentiment on any other subject.” There was good reason for our country’s foremost political leader to feel so connected to farming and the agricultural way of life. As generations of folks in our area have come to know, the customs of rural living have a way of bonding our spirit to the land as well as our fellow neighbors.

Perhaps there is no town in Dutchess County, NY, that embodies that sentiment more than Pine Plains. The town began as part of the Little Nine Partners Patent of 1706 and the land was first settled around 1740 by Moravian missionaries to the native Mahican village of Shekomeko. Since its official inception in 1823, the town has long been driven by agriculture and farming in various forms. Pine Plains’ natural resources like Thompson Pond helped support generations of farmers whose families have navigated the sometimes turbulent waters of the industry all the way up to today and now include organic farms and the artisanal production of cheese and other foods.

From the fertile ground of agrarian conviction and communal determination has sprung a band of local leaders who rely on those principles to guide them through public office. At the forefront of this harvest of homegrown leadership is Dutchess County Legislator Gregg Pulver who has served District 19 in this position since 2014.

Mr. Pulver’s path to county office includes time serving as Pine Plains Town Supervisor for 12 years. Gregg was a member of Pine Plains school board for six years, and a member of the Pine Plains Planning, Conservation Advisory Committee and Board of Assessment Review.

Growing up on a family farm in Pine Plains himself, Gregg’s ideals harken back to those very same sentiments Jefferson touted on behalf of the American farmer. Patience, hard work, and an unbending neighborly reliance upon those within the tight-knit community have guided Gregg throughout his career. As he sits down to discuss his time in the community one can’t help but be reminded that, while seasons may change, the farmers’ work is never done.

Talk about your time growing up. Was there something about growing up in Pine Plains that inspired you to seek public office?

Growing up in Pine Plains has undoubtedly defined who I am today and it is certainly interesting looking back on that time as I sit here today. When I was younger, and in many ways today, Pine Plains was all about agriculture. Back then, it wasn’t hard to tell what we were about with Agway, Duel’s hardware, and two machinery dealers in town. Still, Pine Plains is very much an agrarian community. That culture has been a huge part of my life considering I grew up on a farm hauling milk and doing a good fertilizer business as well. The entirety of my first twenty years of life were completely immersed in agriculture.

The Future Farmers of America organization (FFA) played a crucial role in my pursuit of leadership by fostering many skills including public speaking. I served as the chapter secretary for three years then as state vice president. My love of leadership comes from that time because that was when I was introduced to Parliamentary procedure.

How has your experience as a farmer influenced your career in politics?

Farming itself is a community, especially years ago when it was my sole way of life. The entire community relies on each other, whenever you need something you ask your neighbor. It’s how you survive and how farming builds communities.

Farming pulled out the most important qualities I try to live by holding public office. As a farmer, you must make decisions, crops need to be planted before the harvest – you must be prepared. You mustn’t waiver or you will not make it. Not every decision will turn out to be the correct one, but having the conviction to make difficult choices has helped me in my career and still does as I lead the communities in my district. Those traits will continue to follow me throughout my political career. My father would say the only bad decision is the one you don’t make – and it helps to be a bit self-referential if that decision turns out to be an unpopular one.

My father was a major influence on my life as well. He was a charter member of the Lions Club in Pine Plains, he got together with other folks to create that chapter and was a member of the Fire Company for 50 years as the commissioner. He drove those trucks until he couldn’t any longer. Those were my examples and the experiences that have inspired me since.

Talk about some of the other community leadership roles you’ve been involved with over the years and what impact they’ve had on you.

I always wanted to do something broader, so I got involved with the Pine Plains Planning Board and the Conservation Advisory Committee early on. Following in my father’s footsteps, I became captain of the rescue squad in the mid-80s and similarly, am a life member of Pine Plains Hose Company as well as the Pine Plains Lions Club. Soon, a couple members of the Pine Plains school board asked if I was interested in running and so I did that for six years and eventually became the vice president of the Board of Education. Way back in the year 2000, I was elected as the Supervisor of Pine Plains.

What has changed within the 19th district of Dutchess County since you’ve become involved with the legislature?

As I said before, today, when I look back at my time as Town Supervisor beginning in the year 2000, it seems to have been a much simpler world. Since becoming Dutchess County Legislator in 2014, I can’t help but feel as though I’ve seen the dissolution of simple bipartisanship.

Folks from every party used to go out together after legislative sessions and casually converse with each other all the time. The divide has become much greater, and more personal today and it’s a bit frustrating – we used to have both parties on our local boards – but I feel what happens on a national level has finally seeped into every aspect of democracy.

For me, the only litmus test, regardless of party affiliation, is willingness to do the job. Somehow, we have lost ourselves a bit. Both sides are guilty of the animus, we need more outreach and more communication between one another. I’ve devised a plan during our next legislative session to do some kind of team-building exercise so that we can continue to get to know each other.

What do you see for the future of some of those issues that are most important to you?

The Dutchess County Stabilization Center has been a huge success and is a place I feel is a model for the entire nation. The Stabilization Center provides a haven for those experiencing, or close to experiencing a mental health crisis or substance use issue. When you have the opportunity to positively affect a young person’s life early on, those impacts can last for a lifetime.

We have to change with the times as well. Currently, we are seeing many commuters who don’t, in fact commute. Remote work might be the wave of the future and we have to be able to support that with high-speed internet. We want close to one hundred percent connectivity in Dutchess County because it’s equally as important in our rural areas as it is in the City of Poughkeepsie. We need broadband to the last mile.

Volunteerism is incredibly important as well, from rescue and fire, to rotaries and other clubs. The Learn Play Create grants were the first step in helping these kinds of organizations and we want to be able to continue to support them. We recently invested $2 million in the The Municipal Investment Grant (MIG), for purchasing and equipment but that’s just the tip of the iceberg. Of course, we remain ongoing with our COVID response, Dutchess County has done an outstanding job thus far but we need to keep it up – especially with winter here.

What do you feel are a few of the most important item lines on the county’s new proposed budget?

As far as the county budget is concerned, I remain steadfast in my support for local fire departments and the continued bolstering of community health programs. We also need to focus on lowering taxes.

The county’s sales tax revenue has been incredible over the past year, nobody expected these kinds of gains. We learned that when people stay home, they enjoy shopping. As some normalcy returns, people are spending. Dutchess tourism and bed tax revenue is also very high and that is a testament to our tourism board and their marketing efforts.

What informs you as a leader, how can local communities become more involved in government?

Go to meetings, attend leadership committee meetings, it’s that simple. Speak up, offer  comments with respect and you’ll get answers and become more informed. I become slightly disconcerted when folks with a lot to say don’t attend meetings where their voice could provide a real impact especially since attendance has become much easier than ever before with the proliferation of virtual meetings. We need volunteers to get involved and stay involved. It’s the only way to get through this.

To connect with Gregg Pulver, you can reach him at (845) 486-2100 or by emailing him at CountyLegislature@DutchessNY.gov.