It’s All Fun and Games

My kid sister thinks it’s so much fun to play with my toys. Which is fine; I don’t play with them too much and sharing is caring — right?

Or purrhaps one cat’s old toys is a little humans treasure. Any-who…

When she’s actually playing with her toys I like to sniff around to see if there’s something that tickles my whiskers (curious and all that). Most of the time I’m not interested. That is until recently when the mailman showed up with a small box furrom Amazon (shocker!). And out of this box popped a larger-than-life slinky.

Appurrarently, this is some sort of tunnel that you’re supposed to crawl through.

Mom and Dad tried it out furrst – I am assured only to make sure it was safe. I wish they would have saved themselves the embarrassment. Ellie on the other paw, likes to point out the colors (orange, green, and purple in case you were wondering) with little interest in the actual crawling portion of this psychedelic contraption. Last but certainly not least, it was my turn!

I can’t believe this thing is for humans!

It’s so fun and makes a crinkley sound which really makes me frisky! That is until my sister picks up one end to see how far I’ve made it through (or purrhaps which color I’ve made it to) with my mom poking through the other side to have an impurromptu photo shoot.

It’s all fun and games until you can’t get out of the rainbow tunnel. 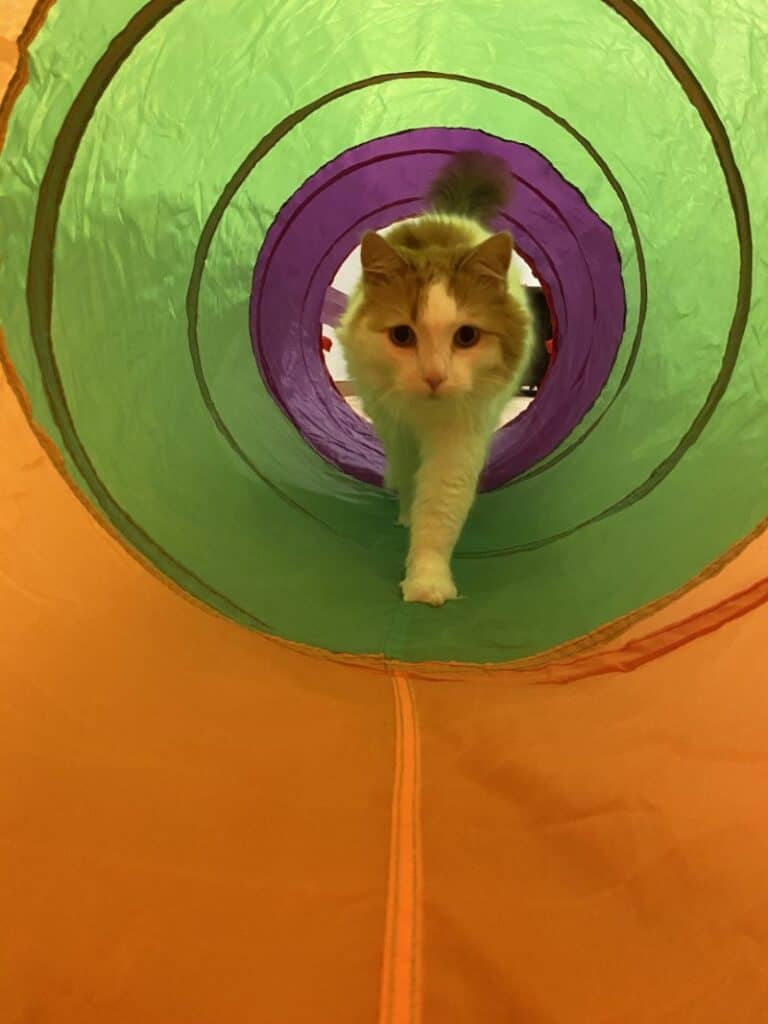