It’s Complicated … And So Is Love

Death on the Nile

The film may not be “perfect” in the aggrandized Hollywood critical sense, but it is an engaging, entertaining, challenging, beautifully presented film. And that, we would opine, is why we go to the movies in the first place. We want to be entertained. We want to be diverted. We want to think of something other than the water in the basement, the “check engine” light that came on during the drive to the theater or the veracity of the groundhog that predicted weeks more winter. We want to enter a world of fantasy and adventure, if only for a few magical hours.

Death on the Nile is a very slick, very engaging film that assembles an ensemble cast to create a mystery yarn worthy of Ms. Christie’s ample imagination. This is storytelling at its finest and well worth experiencing firsthand.

Kenneth Branagh not only directs, he is Hercule Poirot, the astute Belgian detective that is also the star of his 2017 film Murder on the Orient Express. In Death …, we get to dive into Poirot’s personal history through an opening flashback set in World War I Belgium. For those who wonder why Poirot seems immune to love, the black and white opening sets the matter straight. Ah, love. It is at the root of most every story twist in the film and, if we allow ourselves to fantasize forward, finds some resolution in the closing scene of the film. 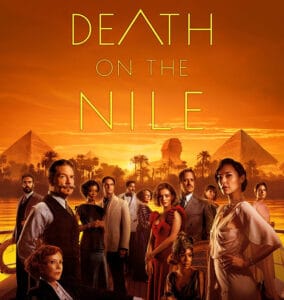 Moving from the tragedy of the war forward to 1937, Poirot appears with great fanfare at a London cabaret club and the story, now in radiant color, begins to unfold in music-fueled, steamy dance sequences and razor-sharp dialog. Lust … love … the plot thickens.

Soon, we are in Egypt and the story moves forward as the S.S. Karnak steams upstream on a honeymoon cruise to Abu Simbel transporting a married couple and an assembly of those close to, dear and dangerous to their welfare. Murder ensues … several times, as it turns out. It is up to the clever Poirot to unravel the mysteries wrapped tightly around each other. Who knew that a hospital corner sheet would be an important clue?

There have been several comments by self-important critics that concentrate on the behaviors and interests of several of Branagh’s cast. Politics notwithstanding, the cast works together so seamlessly that no matter how far-fetched the plot may appear, it simply works. The production began in 2019 … an eternity ago.

Tom Bateman reprises his role from Murder on the Orient Express as Poirot’s dear friend. He has fallen in love with Letitia Wright’s character, Rosalie Otterbourne. Rosalie’s aunt, Salome (Sophie Okonedo) knows a bit about love … and about singing … and about having a sharp tongue.

They are part of the ensemble that navigates the deadly Nile at the behest of Linnet Ridgeway-Doyle, played with edgy elegance by Gal Gadot and her new husband, Simon (Armie Hammer). That he is a scoundrel is only part of the intricate plot twists. Annette Bening, Russell Brand and Emma Mackey join the remaining cast of noted actors to skillfully keep the story line steaming forward and the audience’s deductive powers slightly off balance until the ultimate revelations … and gun shots.

If becoming enthralled by a beautifully produced film is simply giving into escapism, then have at it. Death on the Nile is pure escapism presented by a stellar cast, elegantly produced and satisfying to the very end credits. 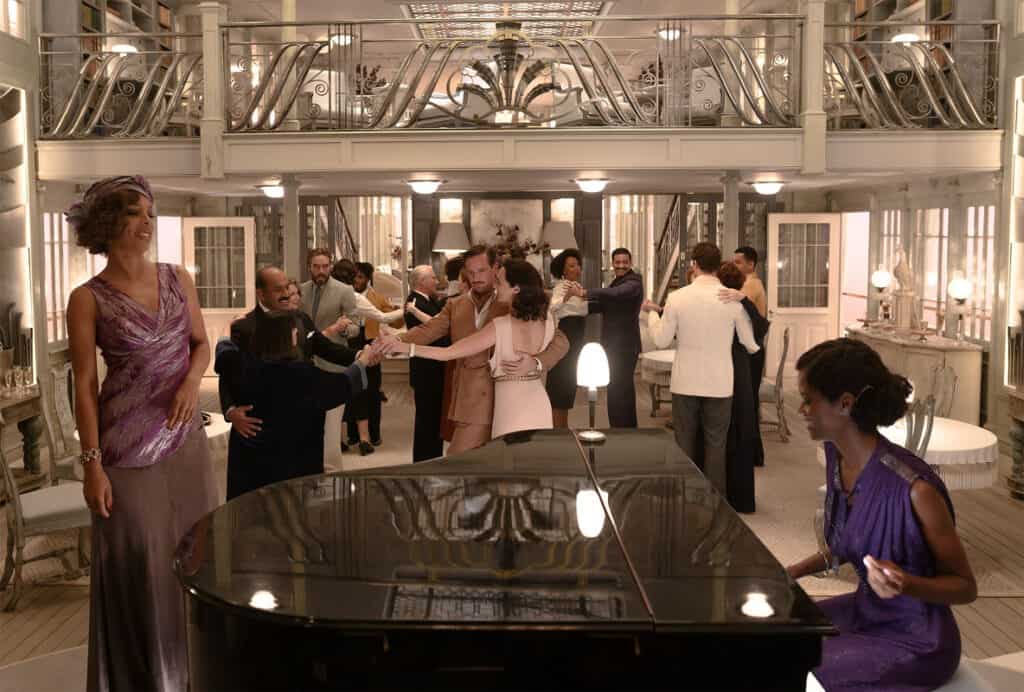 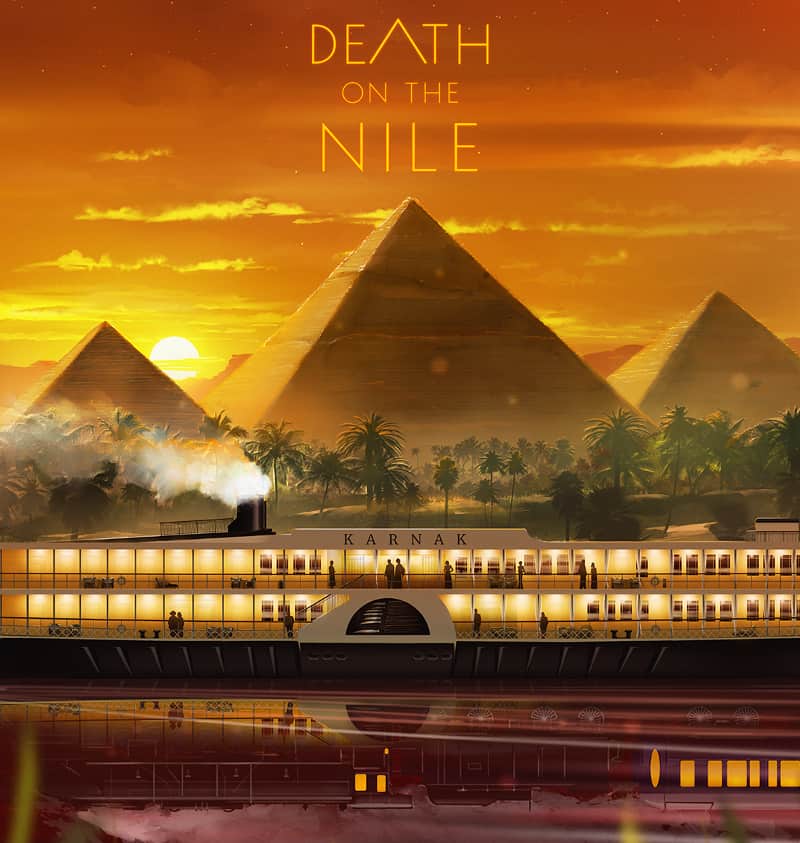