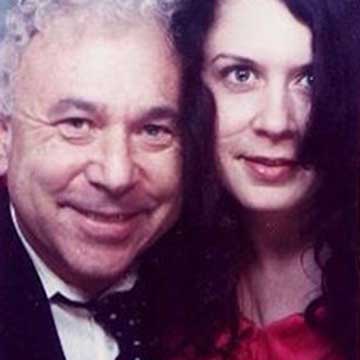 When Tom and Jacque Schiller took occupancy of their log cabin near Cream Hill Pond, Tom decided to step outside on the porch, just to take a nice, clean breath of air. “It sounded like we were right near a freeway … the traffic noise was unbelievable.” For a kid who grew up in Los Angeles, the sound of the freeway was as ubiquitous as the smog that hangs over the city.

As Tom soon realized, however, there is no freeway crossing from North Cornwall to West Cornwall, girdling the pond. It was the wind in the tamaracks that dot the “woodland retreat” he and his wife, Jacque, had just purchased. “That’s when I realized we were home,” Tom offers with the hint of a smile.

Forget London, Copenhagen is where it’s at!

Tom is used to smiles, mostly the ones he evokes from other people. After high school – he attended legendary “Pali High” in the Pacific Palisades section of Los Angeles – he went to Copenhagen. Why Copenhagen? “Everybody else was going to London,” he says with the deadpan expression of a natural comedian.

Son of a legendary Hollywood comedy writer – his father, Bob, was a writing genius behind I Love Lucy, The Bob Cummings Show, All in the Family, and Maude, among others, Tom was in love with film and wanted to craft his own reputation. It wasn’t television he was interested in. It was film.

In Denmark, Tom learned the many aspects of film making from Academy Award-winning documentary producer Robert Snyder. Through Snyder, Schiller made the acquaintance of many notable writers, thinkers and artists, including Charles and Ray Eames, Buckminster Fuller and Henry Miller, the controversial author of Tropic of Cancer who became the subject of Tom’s first documentary film.

Armed with legitimate film credits, a great sense of comic timing, and the ability to write well, it was time for Tom to return to the States and settle in New York. While there, it was another function of friends introducing friends that he met one of the titans of American television – Lorne Michaels.

Michaels had this idea: live sketch television placed in one of the worst time segments on network television – 11:30 PM on Saturday night. The monitoring services all agreed. At that hour, only insomniacs were watching television – not a very sought after demographic segment.

As an original occupant (some might say “inmate”) of the Writers Room on the 17th floor of the NBC Building in Rockefeller Center, Tom quickly found his stride amid the likes of Al Franken and Bill Murray. “The pressure was pretty intense. There’s a new show every week … and it’s got to be good.” And, good it was. By the second year of its airing, Saturday Night Live (SNL) had attracted not only a loyal, sought-after audience, but the fawning attention of the critics. When the show’s first EMMY was awarded, it was Tom who held the coveted statue while the rest of the writing team held on to Tom.

The weekly grind of turning out brilliant sketch comedy and short films to fill the insatiable appetite of SNL took its toll on many of the brilliant writers and comedians who were attracted to the show. When Lorne Michaels stepped aside for several seasons, the Writers’ Room witnessed a changing of the guard. Tom felt the burn out and returned to his roots as a film director … this time to take up his position in the high-pressure world of television commercial production.

As a freelance director, it was up to Tom to build his contact list, which meant meeting and greeting the various ad agency creatives who populated “Madison Avenue” shops – businesses that were scattered in both midtown and downtown in and around Greenwich Village.

It was at an agency presentation that a bright, energized, and very talented young lady was sitting across the table. She had a sense of humor to match Tom’s comedic persona. “I thought he was funny … a little strange … but funny,” admits Jacque who has a strong creative streak all her own.

From deep in the heart of Texas

Growing up in Seguin, Texas, with a population of 25,000 (and the birthplace of singer/songwriter Nanci Griffith and Baseball Hall of Fame Negro League pitcher “Smokey” Joe Williams) Jacque traveled to Austin to attend the University of Texas, graduating with a degree in advertising and creative writing. “When we graduated, my friends and I flipped a coin – New York or LA?” The coin landed on New York, and Jacque was off to The Big Apple to find her way. “I worked at a small agency downtown … that’s where I met Tom,” she recalls. “He was our creative consultant.”

The two creative personas seemed well-suited for each other. As their relationship grew, Jacque recalls one moment that was a major milestone – the kind of experience that creates a lasting bond. “We were having dinner at Asti – a wonderful Italian restaurant that’s sadly no longer in business.” Jacque recalls the moment in vivid detail. “Tom decided to serenade me, right in the restaurant.” The song of choice? The Yellow Rose of Texas. Clearly, this relationship was meant to last.

SNL – the second time around

When Lorne Michaels returned to SNL, so did Tom, lending his comedic writing and filmmaking skills (Schiller’s Reels) to the show and coming up with a feature film concept that he wrote and directed for MGM. “It was the time around Days of Heaven, which had cost the studio a fortune,” recalls Tom. “They were looking for lower budget films to regain their footing, and Lorne ended up with a five picture deal.”

Of the five anticipated films, only one was produced – Tom’s epic Nothing Lasts Forever. “It was never actually released,” offers Tom, with a unique pride of authorship. “It’s become something of a cult film that appears on late night Dutch television and shows up every once in a while at film festivals.”

The magic of Schiller’s films has not been lost on the broader audience. His cinematic exploits have been celebrated in print with the writing of Nothing Lost Forever: The Films of Tom Schiller, written by Michael Streeter, who, as a young man, caught one of the late-night screenings of Tom’s film on Dutch television, and became an avid fan.

Life in the country

Jacque and Tom’s move to Cornwall had many of the elements of migrations from New York City to the Litchfield Hills. “We spent weekends in the Hudson Valley for several years until someone suggested we look for a place in Cornwall,” Tom admits. As for Jacque, “This is such an incredible place, we just loved it as soon as we saw it.”

The love affair with the area has blossomed as both Jacque and Tom continue to discover that occasional trips to New York, mini vacations in nearby destinations and resorts can be easily accomplished while still enjoying the pastoral lifestyle.

While Tom works on a new project that he keeps under wraps until it is more fully formed, Jacque is readying a manuscript for a children’s book on design to be published later this year by Clarion Books, an imprint of Houghton Mifflin Harcourt. Both of them are contributing original drawings to Cornwall Chronicle, a local newsletter.

And, then there’s their love affair with the town. As Jacque succinctly put it in an open invitation to serve as a resource for those exploring the cluster of Cornwalls: “Aside from its natural beauty and agricultural heritage, I am very proud of Cornwall’s history and continued interest in arts and literature. Its Rose Algrant Art Show will be celebrating its 59th year exhibiting local artisans and we will also be participating in this year’s NW CT Arts Council Open Your Eyes Studio Tour this summer.” Jacque has stepped up to support the town, not only as a volunteer for the Rose Algrant Art Show but also serving on the Economic Development Commission.
As winter reaches into spring, the Schiller house continues to be a repository of creative thinking and imaginative energy. The player piano that figured prominently in Tom’s feature film shares the great room with his three EMMY awards that sit high on a shelf, surveying the comings and goings. It’s likely that the elevated perch is a safe one as Sugar Toonis, a formidable cat, deigns to share the log cabin with Jacque and Tom.

“We love it here,” confirms Jacque. And Tom, being the perfect gentleman, nods in agreement. •

To learn more out about Tom Schiller, visit his website at schillervision.com. To learn more about Jacque Schiller, you can email her directly at jqlynn@mac.com.