The Season Begins … At Long Last

There is something momentous about the production of Shakespeare’s King Lear currently in The New Spruce Theatre at Shakespeare & Company. Beyond the heroic efforts of the acting company, headed by international superstar Christopher Lloyd in the title role … beyond the introduction of a new, stunning amphitheater on the company’s Lenox, MA campus … beyond the triumphant return of live theater after a full season of wrestling with the darkness and silence of a pandemic, there is the emergence of hope. 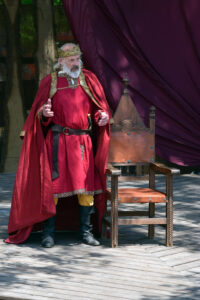 King Lear is not an easy play under any circumstances. The plot twists, the painful deceits, the avalanche-like decline of Lear as he loses control of his kingdom, his family and, eventually, his life are set starkly against the scheming and savagery of the complex characters around him. Written by Shakespeare during the years of the recurring plague in England, there is a starkness that is chilling as 2021 audiences are drawn into the cyclone Lear encounters when, in despair, he wanders and rages about his crumbling life.

Clearly, this is not a production for those seeking a sprightly, sugar-coated “straw hat” performance to punctuate their summer. Carrying over an event that had been scheduled for the postponed 2020 season, King Lear may seem like an odd choice to begin a summer season that runs all the way into October at Shakespeare & Company. It is, however, an overwhelming dose of reality with which to begin the ascent back into what we’ll need to cope with as the “new normal.”

The cast assembled by director Nicole Ricciardi is peppered with some of the brilliant regulars who have made Shakespeare & Company such a bastion of superb theater. Those who attend one of the outdoor performances scheduled to run through August 28th will marvel at witnessing Christopher Lloyd not as the delightfully off-base characters of “Rev.” Jim from the television series “Taxi” or as “Doc” Brown from the “Back to the Future” film franchise, but as the tormented king who struggles against mortality, deception and abandonment.

There to support him in his precipitous decline are seasoned veterans Nigel Gore as the tragic Earl of Gloucester, Jonathan Epstein as the tormented Earl of Kent and the brilliant comic relief of the play, The Fool played with balletic elegance and much needed comedic timing by the company’s Artistic Director, Allyn Burrows. Company stalwart MaConnia Chesser and Jennie Jadow offer the toxic mix of hollow flattery and deep, destructive evil as Lear’s elder daughters. It is left to Jasmine Cheri Rush to add the depth of compassion as Lear’s youngest … and favorite … daughter, Cordelia.

Several lines from King Lear have endured over the centuries as both wisdom and caution. One of the most prophetic, especially as audiences join Lear to contemplate their own mortality comes from the brilliant insight of The Fool. “Thou shouldst not have been old till thou hadst been wise.”

A bit of wise insight for us all.

King Lear runs through July and August at Shakespeare & Company, 70 Kemble Street, Lenox, MA. Tickets are available on-line or by calling the box office at 413-637-3353. 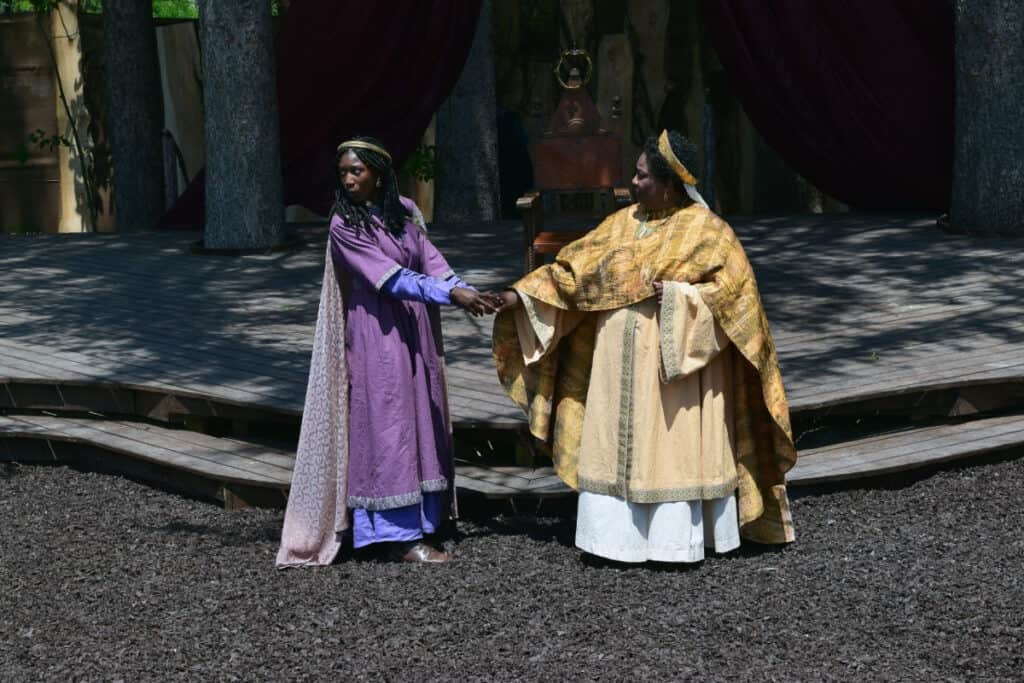