Scams once again seem to be on the rise in Dutchess County as the Dutchess County Sheriff’s Office has recently warned County residents, as well as those in the surrounding areas, about the latest phone fraud.

Typically, scam phone calls exploit people in a variety of ways. Criminals have attempted to get money from people by contacting them and making up elaborate stories. In some cases the perpetrators have tried, sometimes successfully, to use the victim’s emotions about a loved one in trouble to get money. It’s common for the perpetrators of these scams to try to get money by telling people that one of their relatives has been seriously hurt or is in jail, and that they need money right away. In many cases they will pose as a law enforcement official or another relative to try and convince the victim that it’s legitimate.

The latest scam involves perpetrators impersonating someone from the Dutchess County Sheriff’s Office. The victims receive a call from 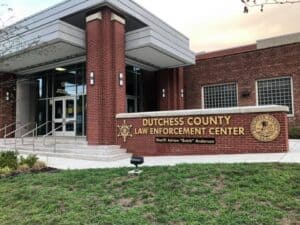 someone who identifies themselves as a Deputy from the Sheriff’s Office, who then tells them that there’s a warrant for their arrest,c however it can be cleared up if they send money. The perpetrators then ask the victim to contact a phone number, in this case 718-502-8854, to arrange the transaction.

The Sheriff’s Office has issued the following tips for people to avoid these types of scams:

· Do not meet up with someone that you don’t know; if you’re asked to do this it is surely a scam, and it is very dangerous as well.

· If you’re contacted by someone you don’t know asking for money, for any reason, that’s a signal that it’s most likely a scam.

· If someone calls you and tells you that a relative has been hurt or is in jail, confirm it first before sending any money. Call other relatives or a legitimate law enforcement agency for confirmation before any money is sent. If they’re posing as a relative, try and contact that relative for confirmation.

· Ask the person for their call back number and ask to speak to their supervisor to confirm the info; if it’s a scam they will most likely hang up at this point and the number they give you will be bogus.

· If the person is telling you that a loved one is in the hospital or jail, find out which one and contact the institution yourself to confirm.

· If a loved one has recently passed away be wary; in some cases perpetrators have even preyed on victims by searching through the obituaries and calling surviving loved ones. If you get calls from people you don’t know soon after someone passes away, be careful and confirm it before you send any money.

· In some cases someone will call and tell the victim that they’ve won money, but to “process the claim” they need to first send money. Beware this is most definitely a scam and don’t send any money – you should never have to pay money to claim a prize. If it seems too good to be true, it most likely is.

· If there’s any doubt about a phone call you’ve received contact the Sheriff’s Office before sending any money.

Law enforcement officials from the Dutchess County Sheriff’s Office say it is very important to NOT send any money to anyone that you don’t know until you’ve confirmed the situation through an independent source and feel comfortable with it. If it’s a scam, once the money is sent it’s very difficult, and most times impossible, to get it back.

Residents who believe they may have been the victim of a scam are encouraged to contact the Sheriff’s Office at 845-486-3800 or via the tip line at 845-605-CLUE or dcsotips@gmail.com