We’ve all experienced it, for ­­many different reasons, some wonderful and some simply frightening. For skiers, it’s the push off at the top of the mountain and the anticipation of the careening journey to the bottom. For parents, it’s the moment when a daughter or son takes a first attempt at riding a horse, riding a bicycle without training wheels, or stepping on to the stage to recite lines in the third grade play.

For Keith Boynton, the young filmmaker raised in the Northwest corner of Connecticut, it is a sensation repeated whenever there is the delicate intersection of people, technology and the ephemera of a script that he has written and will now become a film.

For those who may never have witnessed the process of shooting a motion picture, in its simplest, linear form it goes something like this. An idea becomes a script, which may go through many iterations before funding can be secured and the production process begins. The producer (who manages the budget and logistics) and the director (who is in charge of seamlessly linking all the creative components from script through production and editing) select a cast, location, crew, props, costumes, etc.

The moment of film reality comes as “quiet on the set!” is sternly offered by an assistant director, the actors are in place with lines memorized, the lighting is adjusted, the camera is locked in place and, when an almost religious hush of anticipation falls over the space, the director harnesses the adrenaline and the magic begins.

Keith Boynton has become quite used to calling “Action!” He is, after all, a film writer and director of some experience, young as he may be.

Growing up the child of famous parents (his mother, Sandra Boynton is an internationally recognized author, illustrator and prolific artist, while his father, Jamie McEwan, was a world-class athlete, a champion slalom canoeist who won an Olympic Bronze medal in the 1972 Munich Games) Keith was surrounded with fanciful ideas, pure artistic dedication, and great emotional and intellectual support.

Creativity in the Genes

Keith Boynton attended Hotchkiss School in Lakeville, CT, and Amherst (MA) College with double major in English and Theater. From childhood, he had strived to be a writer and actor, and with the deluge of creativity within which he and his three siblings grew up, the outcome was never much in doubt.

Boynton crafted his first feature length film while still an undergraduate at Amherst, used the experience to learn and refine his craft and went on to create his second film in 2005. “I had gotten better. Each project was a complete learning experience,” he says with the subtle smile of an auteur who discovers something in crafting every line, shaping every experience with ac- tors, and intensely taking every read of audience reaction to one of his productions.

While learning the potentials and the pitfalls inherent in the role of being a film auteur, he attended the Cannes International Film Festival and Market, patrolling the various booths attempting to drum up interest in his completed film. He had little success and recognized that capitalizing on a passion would take enormous patience and the capacity to step beyond discouragement.

“There’s a wall of indifference,” Boynton says with a wisdom born of many conversations, hopeful meetings, and ringing disappointment. Hollywood, as one imagines, is not a friendly place, especially for a young, creative, ambitious filmmaker who is keen on his craft and believes in his message.

One for the books

Looking to improve his technique and the agility needed to complete a feature film project in reasonable time and on budget, Keith Boynton assembled a production team and created Chasing Home in four weeks – principal photography through editing. He calls it “speed film- making” and relished it as another learning experience.

In 2014, his production Seven Lovers (available on Amazon) was completed, and he took it to the Rhode Island Film Festival for a screening to a new audience – one not packed with friends and family. The enthusiastic response continued to propel him forward.

As many know, there’s a pervasive superstition within the live theater world that when one is preparing a rendition of Shakespeare’s Macbeth,one never calls the play by its title. It’s The Scottish Play for all concerned, since legends of misfortune and tragedy have beset productions over the years. Riots, injuries, fires, and theater closings have all be attributed to the “curse of Macbeth.”

Always curious and blessed with a “what if this happened …?” attitude, Boynton decided to pursue creating a film that took the legend head-on.

In his words: “A successful actress accepts the role of Lady Macbeth at a small New England theater, where she begins a flirtation with her charmingly awkward young director, and finds herself haunted by the ghost of William Shakespeare – who’s keen to do some rewrites.”

It’s a lovely set-up and with increasing skills, a fine cast, and charming locations, Boynton was able to create The Scottish Play, a piece that has drawn heartfelt applause from festival audiences. It is in film festivals – from the legendary Cannes extravaganza to Sundance in Utah, the Toronto Film Festival and opportunities in Australia, Germany, and a score of other countries – where films are screened, evaluated and – with any luck at all – signed to distribution deals that bring them to the local movie houses and on to streaming services like Netflix and Amazon Prime.

The Scottish Play presents the intersection of a steep learning curve with refined talent and increased confidence. Screened at The Moviehouse in Millerton, NY, to an enthusiastic and supportive audience, the reception provided further motivation for Keith to not only find new audiences for his existing work and to build support and momentum for his next venture, The Winter House.

As this article goes to print, Boynton is hard at work shooting The Winter House with “bankable” stars and a solid production crew that has brought both skill and loyalty to his productions. A “holdover” crew – the technical talents that navigate camera, lighting, sound, costumes and sets – is a tribute to a young director. The world of filmmaking is populated with “freelance talent,” individuals who go from production to production, picking up work where they can and, at the same time, developing some strong opinions about the producers and directors who hire them.

I don’t want to die on that hill

Keith Boynton is confident of his own abilities as a storyteller, a director, a supervising editor. He has learned from experiences, both good and bad. He has deciphered when a comment or suggestion from an ac- tor or crew member should be considered, or politely acknowledged and dismissed. Building a reputation by being argumentative is not a great way to attract and retain talent. As Keith sums it up, when it appears that a creative disagreement is about to rise up, he demurs. “I don’t want to die on that hill,” he says with conviction, determined to live to create another day.

The loyalty of crew means that their work is for more than a paycheck and per-diem. Keith Boynton deeply values that loyalty and recognizes the time saving comfort of knowing how people work, inherently feeling that they will understand the desired look of a scene, the intended move of actors and cameras, the way the light comes through a window.

So, production continues on The Winter House, and Keith Boynton continues to live far from the ebb and flow of Hollywood politics, gossip, and narcissism. He rather welcomes the conflict with loving the rhythms of life in New England and being able to find the moments of peace that are required to allow concept and inspiration to be translated into words, actions and images on the screen. 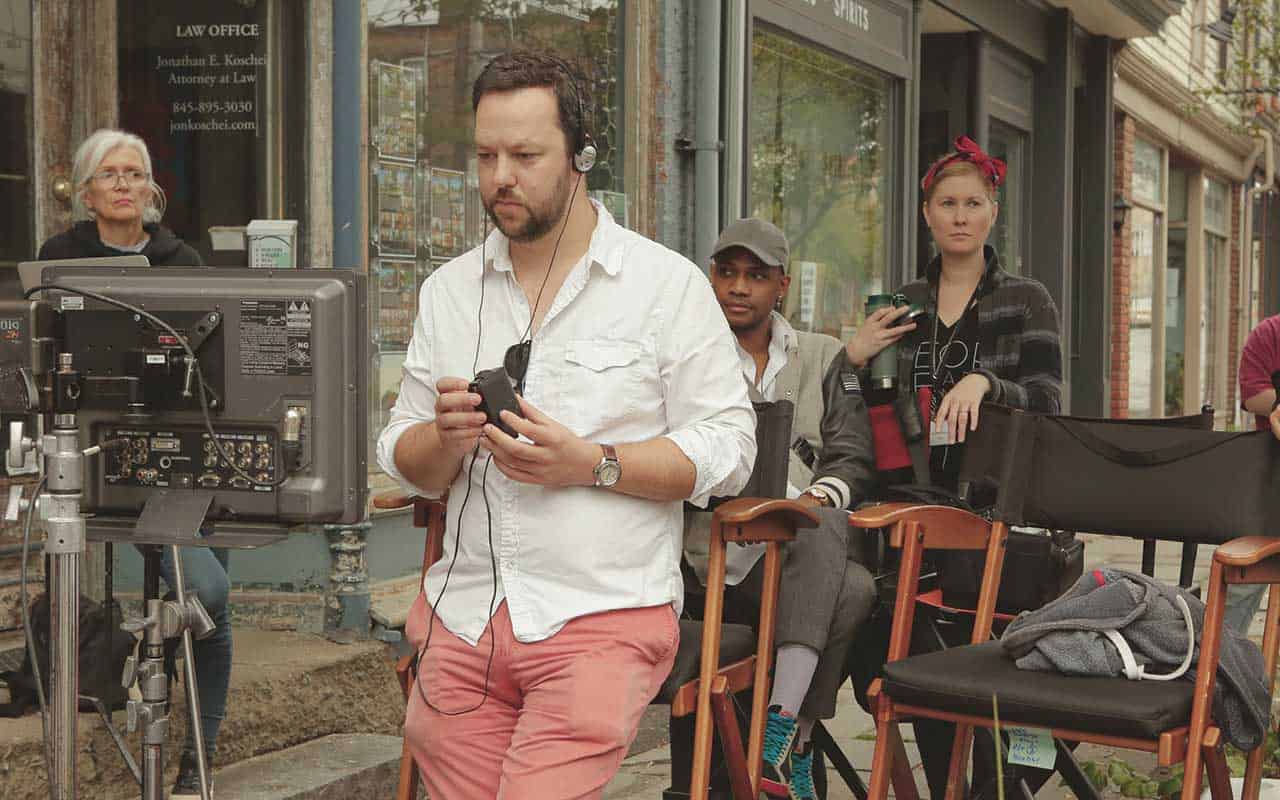