THIS EVENT HAS BEEN POSTPONED TO LATE APRIL

The new date is tentatively set for Sunday, April 24, pending confirmation. A new release will be forthcoming as soon as the date is confirmed.

The film In Balachine’s Classroom directed by Connie Hochman will screen on Sunday, January 16 at 1:00 PM at the The Moviehouse, on 48 Main Street, in Millerton, NY. A panel discussion with Q&A will follow with John Meehan, Peter Naumann and Lisa Chalmers-Naumann, moderated by Miriam Mahdaviani, Chair of Dance and Lecturer in Ballet and Classical Repertoire at Vassar College.The event is intended to provide insight and serve as a companion to the Bolshoi Ballet performance of Balanchine’s acclaimed ballet Jewels on Sunday, January 23.

In 1970, U.S. News and World Report attempted to summarize Balanchine’s achievements: “The greatest choreographer of our time, George Balanchine is responsible for the successful fusion of modern concepts with older ideas of classical ballet.” A major artistic figure of the twentieth century, Balanchine revolutionized the look of classical ballet. Taking classicism as his base, he heightened, quickened, expanded, streamlined, and even inverted the fundamentals of the 400-year-old language of academic dance. This had an inestimable influence on the growth of dance in America. At first, his style seemed particularly suited to the energy and speed of American dancers, especially those he trained, but now his ballets are performed by all major classical ballet companies throughout the world. Director Connie Hochman was a professional ballet dancer with Pennsylvania Ballet where she performed many Balanchine masterworks. In 2007, Connie began a series of interviews with former Balanchine dancers – ninety in all – to explore the phenomenon of Balanchine’s classroom. Why did he teach and not just choreograph? What did he teach? How did he teach? How did his daily class relate to his ballets? Their remembrances of his unorthodox methods and transformative teaching form the basis of In Balanchine’s Classroom.

Miriam Mahdaviani danced for the New York City Ballet under the direction of George Balanchine, Jerome Robbins, and Peter Martins. She is a choreographer, a former New York City Ballet (NYCB) dancer and a repetiteur for the George Balanchine Trust. Over the course of her 14-year career with NYCB, she danced in over 40 Balanchine ballets. Other dance career highlights include performing on Broadway, at the Kremlin in Moscow, on screen in the Dance in America series on PBS, and in NYCB’s movie of Balanchine’s The Nutcracker. Mahdaviani’s choreography has been presented by NYCB at Lincoln Center, Saratoga, and on tour. Her ballets have also been performed at Jacob’s Pillow, ballet companies and universities throughout the US, and at international dance festivals. Ms. Mahdaviani is currently the Chair of the Dance Department at Vassar College. 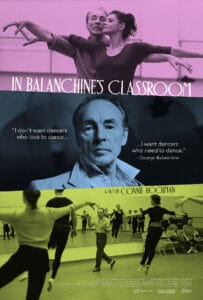 Australian-born John Meehan has been a member of the international dance world as a performer, teacher, choreographer, adjudicator, and artistic director for the past 47 years.
Meehan studied at The Australian Ballet School, joined The Australian Ballet in 1970, and was promoted to Principal Dancer in 1974. He joined American Ballet Theatre as Principal Dancer in 1977 where he danced leading roles in all of the classics as well as contemporary works by many of the world’s leading choreographers. He was also a frequent guest artist with the New York City Ballet and the National Ballet of Canada. John has partnered many of the world’s great ballerinas including Dame Margot Fonteyn, Natalia Makarova, Merrill Ashley, Gelsey Kirkland, Cynthia Gregory, Karen Kain, and the Australian ballet stars Marilyn Rowe and Marilyn Jones. He worked with the choreographers Leonide Massine, Frederick Ashton, Glen Tetley, Anthony Tudor, John Butler, Robert Helpmann, and Ronald Hynd, and teachers Vera Volkova, Peggy Van Praagh, Maggie Black, David Howard, and Stanley Williams. John began choreographing early in his career. His ballets entered the repertoire of The Australian Ballet, American Ballet Theatre (ABT), Washington Ballet, Metropolitan Opera Company, and the Royal Winnipeg Ballet. He was Artistic Director of Canada’s Royal Winnipeg Ballet from 1990 to 1993, and of The American Ballet Theatre Studio Company from 1997 to 2006. Meehan’s former ABT Studio Company students have included principal dancers in the following companies: ABT, New York City Ballet, The Royal Ballet, Covent Garden, the Bolshoi Ballet, The Dutch National Ballet, The Boston Ballet, Miami City Ballet the Houston Ballet, and the Queensland Ballet.

Meehan has twice served as President of the Jury at the Prix de Lausanne and has been a juror at the Jackson International Ballet Competition, the Moscow International Ballet Competition and Youth America Grand Prix. In 2015 he was named to succeed Edward Villella as President of the Jury of the Jackson IBC. In 2005 John was invited to teach at Vassar College as Visiting Professor of Dance, before traveling to Hong Kong where he was appointed Artistic Director of the Hong Kong Ballet in July 2006. He returned to Vassar in 2009 to join the faculty of the Department of Dance as Professor of Dance and Director of Vassar Repertory Dance Theatre. In 2013 Meehan was named to the Frances Daly Fergusson Chair in the Humanities at Vassar College.

Peter Naumann is well known throughout the dance world. He began his dance training with the famous Andre Eglevsky. Peter also studied in Cannes, France with Rosella Hightower and perfected and completed his training at the School of American Ballet (SAB) in New York City. Immediately after his graduation from SAB, Peter was invited to join New York City Ballet, where he performed leading roles in many ballets created by George Balanchine, Jerome Robbins, and Peter Martins. Mr. Naumann’s most remembered roles were in the ballets Jewels, Four Temperaments, LaValse, and Theme and Variations. As a member of the New York City Ballet, Peter performed all over the world. He stayed with New York City Ballet from 1970 to 1996. Peter is also a talented choreographer who interprets music with a style all his own and is currently the Director, Resident choreographer, and Ballet Master for New Paltz Ballet Theatre.

Lisa Chalmers-Naumann began her training in Houston Texas with Nina Popova. At the age of fifteen, she was invited to join the Houston Ballet Company where she danced for two years and was promoted to soloist at the age of sixteen, but she decided to accept a full scholarship to the School of American Ballet in New York City. In 1978, while still at SAB, she performed as a principal dancer in George Balanchine’s The Four Temperaments with the Chicago Lyric Opera. Impressed with her performance, Mr. Balanchine invited Lisa to become an apprentice with New York City Ballet. Joining the company as a member of the corps de ballet in 1979, Lisa performed many works of George Balanchine, Jerome Robbins, and Peter Martins. While in NYCB, Ms. Naumann worked at the New York State Theatre at Lincoln Center and toured extensively throughout Europe and the United States. Lisa married Peter Naumann, a fellow dancer at New York City Ballet, in 1979. Upon the birth of their first child in 1987, Lisa left the company to become a mother and teacher. Still active in the ballet world, Lisa continues to guest teach throughout the United States and England. Ms. Naumann choreographs and does so for regional companies nationwide, as well as for New Paltz Ballet Theatre. She also serves as Ballet Mistress for New Paltz Ballet Theater and as co-artistic director with her husband Peter.

Tickets are available at The Moviehouse box office or online at themoviehouse.net 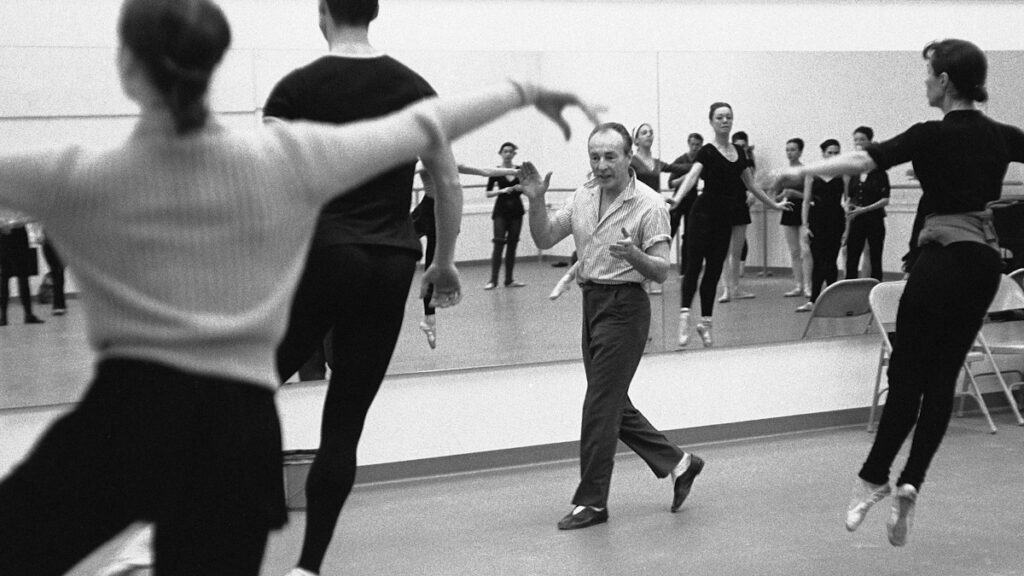