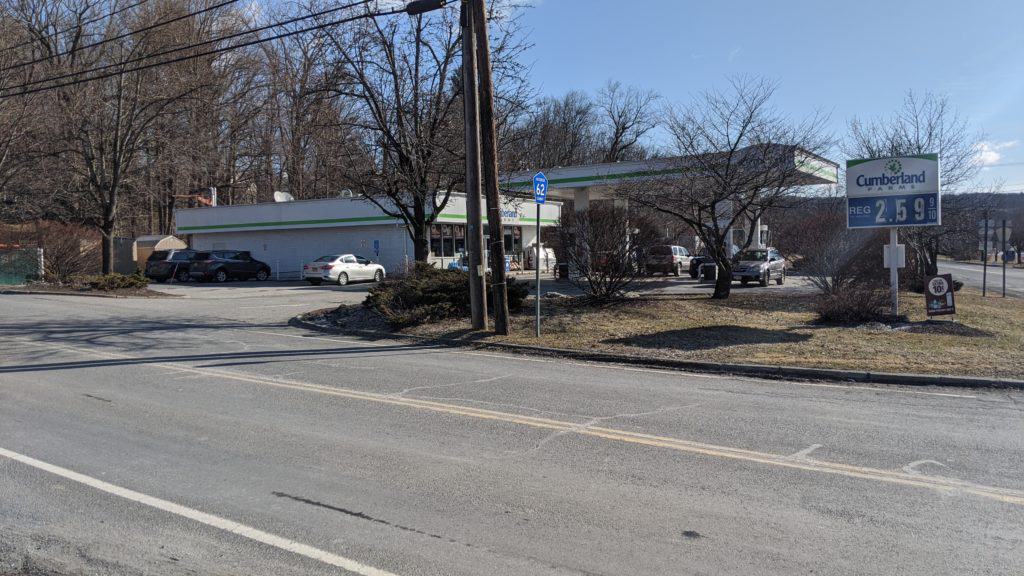 Cumberland Farms at the intersection of Route 44 Main Street and Maple Avenue was among several businesses who reportedly received counterfeit bills.

Local businesses reported receiving several counterfeit bills this past week in the Village of Millerton, NY, as well as the town of North East according to several sources. Over the weekend, several of the village’s businesses reported finding counterfeit cash to the Millerton Police Department who subsequently turned their findings over to the New York State Police for further investigation. Unfortunately the flow of false currency was not limited to small bills as other businesses report receiving several counterfeit $100 bills in a short period of time. According to sources, the faux money apparently was so deceptive it even passed the “pen” test, meaning utilizing a counterfeit banknote detection pen traditionally used to detect counterfeit US banknotes among other currencies. The Millerton Police Department says they are currently aware of the situation and will be assisting the New York State Police in whatever way possible.  Though the matter is currently under investigation, business owners and residents would be well advised to be on the lookout for any suspicious looking bills in the coming weeks.