Citing an increase in crime over the past year and the need to protect Dutchess County residents, County Executive Marc Molinaro and Acting Sheriff Kirk Imperati were joined Wednesday by New York State Senator Sue Serino, County Legislature Chairman Gregg Pulver, County Legislator Mike Polasek and law enforcement officials at the Dutchess County Law Enforcement Center in Poughkeepsie to implore Gov. Kathy Hochul and members of the New York State Legislature to reform the State’s cashless bail system and rules of discovery, adopted in 2019 and implemented in 2020, which eliminated cash bail for suspects facing most misdemeanor and non-violent felony charges.

County Executive Molinaro said, “The past year-plus has shown the incomprehensible decision to eliminate cash bail throughout New York has made Dutchess County, and our state as a whole, a more dangerous place in which to live, work and raise a family. Under the current law, instead of receiving the innovative services and programs Dutchess County offers which discourage their recidivism, those apprehended due to criminal activity are free to re-offend, as they are back out on the streets hours after arrest, if not immediately. While touted as ‘progressive,’ New York State’s bail reform is downright dangerous and has cost too many New Yorkers their lives, and we will not allow Dutchess County residents to be targets for criminals.”

Over many years, Dutchess County has built a criminal justice system designed to help offenders get connected with services, while ensuring public safety. Through initiatives such as pre-trial diversion practices focused on prevention, intervention, diversion and transition, as well as Crisis Intervention Training for law enforcement officers and its Stabilization Center, among others, Dutchess County reduced its jail population 40 percent since 2014 and saw a dramatic decrease in violent crimes countywide for an eight-year period prior to the implementation of bail reform. 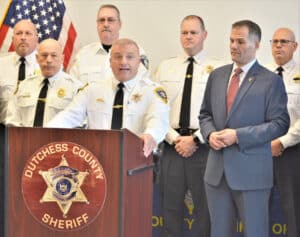 However, with the 2020 implementation of the State’s bail reform law, Dutchess County has seen an increase in violent crime, including an increase in repeat offenders who commit crime while awaiting adjudication of their original case.

County Executive Molinaro reviewed some key statistics since the implementation of bail reform. In 2020 and 2021, approximately 5,000 arrests were made in Dutchess County each year. Approximately 20 percent were felonies that resulted in incarceration. The balance (approximately 4,000 each year) would have been arraigned, received pre-trial intervention and services and been assigned to probation/alternatives-to-incarceration programs prior to bail reform. However, under the bail reform changes, none of that occurred and those individuals were released back into the community. Data prepared from the Criminal Justice Council showed that between 2017 and 2018, approximately 50 percent of incarcerated individuals recidivated within an 18-month timeframe. Applying that data to the 2020 and 2021 arrests, it is estimated that each year, approximately 2,000 of those offenders who were released likely recidivated or will, and many of their crimes went unreported or were not responded to.

Sheriff Imperati discussed the unintended consequences and the issues that have arisen as a result of bail reform and discovery rule changes. Sheriff Imperati highlighted the recent arrest of an individual dealing heroin in Dutchess County – a felony – who then was released back into the community, undermining the efforts of the Dutchess County Task Force and their work to stop illegal drugs and prevent rising overdose deaths. The Acting Sheriff noted that judges need to have discretion for those who are flight risks or potentially dangerous to the community. Current State law precludes judges from considering the dangerousness of a defendant and detaining those who pose a danger to the community or themselves; New York is the only state in America that does not afford judges such discretion.

Sheriff Imperati said, “We must return to judges the ability to remand a defendant based on their criminal history and potential threat to the community – a vital part of the criminal justice system that Albany stripped from judges when the current law was passed. Simply releasing defendants after they appear before a judge and await a court date brings the very real potential for more crime and violence to be committed in our communities – a potential that has all too often become a reality throughout our state and Dutchess County since cashless bail was implemented – putting the general public at risk. We ask our State lawmakers to give us, the dedicated men and women of law enforcement, the adequate resources and sensible, practical laws and guidelines to help us properly do our duty to protect and serve the residents of Dutchess County.”

The Acting Sheriff also noted the impact of the new discovery rules requiring extensive paperwork reporting, tying police officers to their desk rather than being able to be out protecting the community. Despite a team specifically assigned to the required paperwork, it has been challenging to keep up and has spread resources thin.

Sen. Serino expressed the fundamental obligation of New York Safety to provide for public safety for its citizens, but with the implementation of bail reform, the State is failing in that obligation. Sen. Serino said, “Since 2019, I have been leading the fight against New York’s sweeping bail changes that put criminals ahead of law-abiding citizens. At the time, we warned that in the rush to reform, Albany’s supermajority was putting victims – especially vulnerable domestic violence victims – directly in harm’s way by prohibiting judges from considering ‘dangerousness’ when determining whether an individual should be held, pre-trial. Unfortunately, today almost three years later, headline after headline continue to prove that our concerns were well-founded, not fear-mongering. New York is leaving victims vulnerable, and the unwillingness of Albany’s supermajority to acknowledge any need for change defies logic. It is far past time for Albany to put the safety of the people we serve over politics, and that starts by going back to the drawing board on bail reform.”

In addition to changes to the bail system, district attorneys throughout the state have grappled with recent reform to the discovery process, as onerous timelines and protocols that accompanied the reform have forced prosecutors throughout New York to often drop prosecution of many cases they otherwise would take on if it were not for the resources tied up in meeting the new timelines and protocols. These new rules often put victims and witnesses at risk, necessitating many prosecutors to similarly drop charges and allowing defendants back on the streets, often to re-offend. 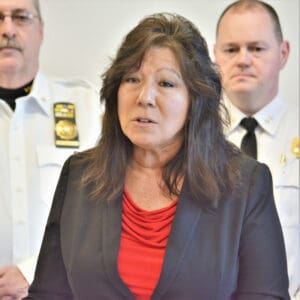 In 2020, for example, the Dutchess County District Attorney’s Office was forced to defer 30 percent of the cases it would have normally prosecuted because the State’s new arduous discovery rules and procedures made it impossible for staff to fulfill. Despite the addition of six new staff to form a new Discovery Unit, the District Attorney’s Office has struggled to keep up with the intensive work required to prosecute a case.

Chief Assistant District Attorney Matthew Weishaupt said, “We’re asking for sensible modification to bring these laws into line with what we need to make the system work effectively and not punish low-income people by putting them in jail, but to make our system work for all – for the victims and the safety of the community.”

To alleviate this problem, local leaders called on the State to expand the timelines for discovery, eliminate the ability for courts to grant defendants access to the homes of their victims during the discovery process, and reverse the requirement to share the contact of victims and witnesses with defendants.

Additionally, to preserve the safety of Dutchess County residents, County Executive Molinaro, Sheriff Imperati and other local leaders proposed additional reforms to these recent laws, including increasing funding for pre-trial service agencies and prosecutor’s offices that lack the resources and/or understaffed due to bail and/or discovery reform. These proposals are just Dutchess County’s latest attempt to protect the community and its residents from the effects of bail and discovery reform

“New York State, in deciding how to address offenders, did not consider individual offender risk to the community in the creation of these laws, nor did lawmakers set forth metrics to evaluate the impacts of these laws. This was a glaring oversight that must be corrected,” said County Executive Molinaro. Last month, County Executive Molinaro requested the County’s Criminal Justice Council (CJC) explore increasing transparency by disclosing daily reports that include data about pending criminal case and bail status of individuals who are re-arrested, following a similar directive made in Nassau County earlier this year. County Executive Molinaro requested the CJC research the issue and provide a recommendation for creating a report that provides information on defendants released with no bail who are re-arrested while pending a criminal charge. 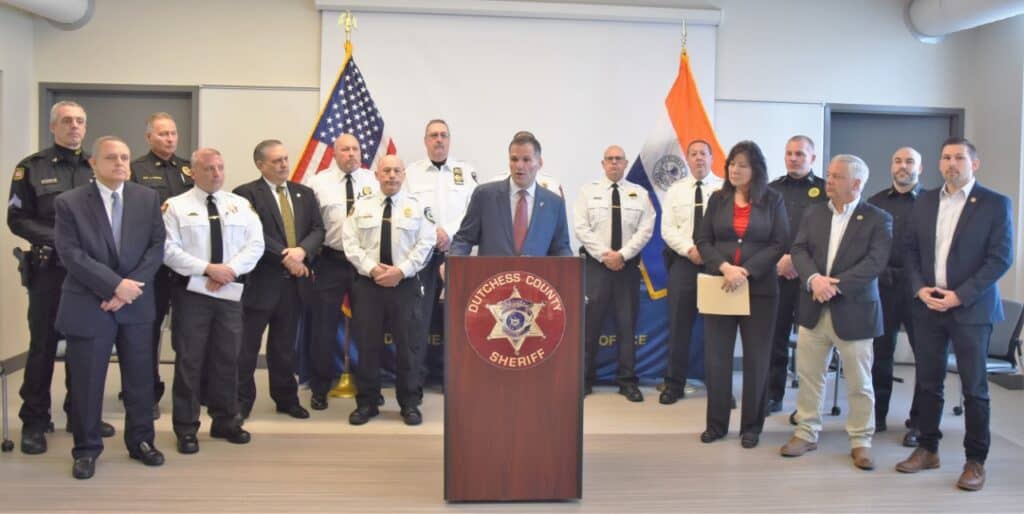