In a world where we can access any part of the planet from a computer in our pocket, what does it mean to be “of a place”? For winemakers, this is “terroir,” the ultimate expression of not just a region, but even a particular plot of land and the micro and macro influences on the grapes that grow there. It’s easy to forget about what’s under our feet and outside our windows when we’re bombarded with images and information from around the world. It takes effort to think deliberately about where we are. So, what is our personal “terroir,” and why is it important?

Svend Lindbaek is someone who’s serious about place, and about finding its expressions. Originally from Denmark, and having sowed his career oats in New York City, Svend now calls Millerton home. He’s an artist, a photographer, a brewer, a people person, a visionary. His place is 2 Main Street, a former garage at the bottom of Main Street, a gateway to the town, a natural gathering space. The garage is also known as the former Gilmor Glass building, which Svend has renamed Garage Galleri. The gallery is hosted in the former retail part and car showroom; the taproom, Millerton Social, is hosted in the former garage and glass workshop. With its massive windows facing the street, it became clear to Svend that it was a perfect gallery space. He naturally hung his own work there as he began renovating the space. 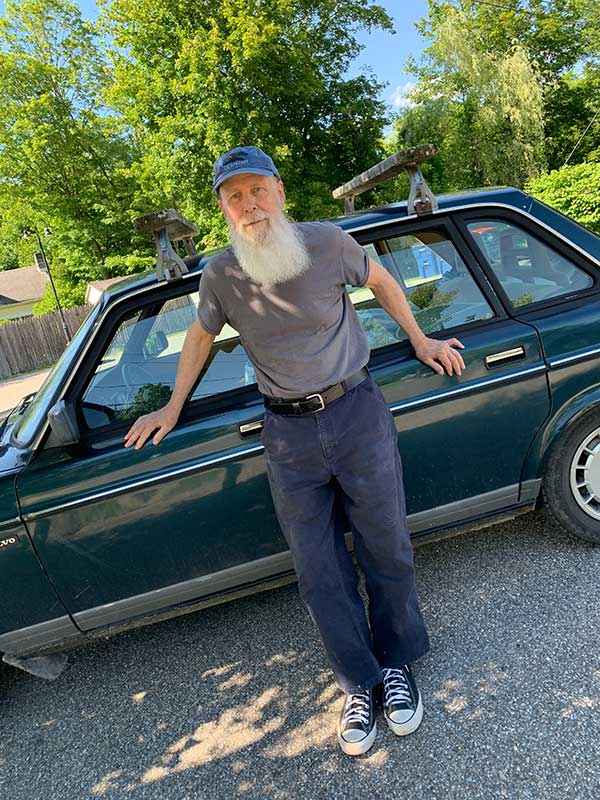 Not long ago, the artist Harper Blanchet was passing by and saw Svend inside the gallery. The two met and hit it off. Harper is a self-processed reclusive visual artist – a painter, photographer, sculptor, and writer. Harper’s paintings are large abstracts, acrylic on canvas. “My abstract paintings are sky paintings; they are meditations.” The sky from which he takes his inspiration is where he makes his home and has his studios: Little Falls, Millerton, and Phoenicia. (Learn more about Harper at this link to an article published about him in an earlier edition of Main Street Magazine.)

“I went to Harper’s warehouse to look at his works,” Svend said, “and chose 45 of them for the Galleri. I created a fabric wall stretched like a canvas, that’s neutral yet textured to best show the works. What’s currently on view is Part I of our collaboration,” Svend continued, “works I chose and hung and that Harper approved. Part II will be works that he selects and that I approve.” We, the paintings’ viewers, are the beneficiaries of this special partnership.

The show is titled “Analog Mastered” Svend’s play on the concept of “Digitally Remastered” remastering of works to re-release them. He intends to keep this as a tag line for the Galleri. The paintings on exhibit were done between 1999 and 2017. One major piece of work on display is Painting #159 from 1999, a 54” X 89” that is right at home in the large windows. There is also an all-black canvas, Painting #222, one the artist found particularly meditative and was less inclined to even part with. Svend felt it was important for viewers to see this piece, and he created the “222 series,” which consists of three pieces: Paintings #222, 228 and 230 from 2003, 2004 and 2005 respectively, all 54”x54” They were all created when Harper had his studio across the street from the gallery, which is a very holistic relationship.

“I was attracted to Harper’s work,” Svend said, “because the compositions in the paintings are very strong and come from a photographer’s mind. There’s tremendous depth to them, with a compositional focal point and plenty of resting places. Observing them,” he noted, “is like sharing Harper’s own meditation. You want to slow down and stay with them.”

The works are on view 24/7 through the large windows of the Garage Galleri at 2 Main Street. At night they are lit. Information about the individual works can be found on Instagram at garage.galleri and harper.blanchet. The Garage Galleri will be where Harper debuts new works, in May 2023. When you’re there, ask yourself about your own terroir. What is it that you’re about? It’s not in the computer in your pocket. Deep breath. Observe. Meditate. 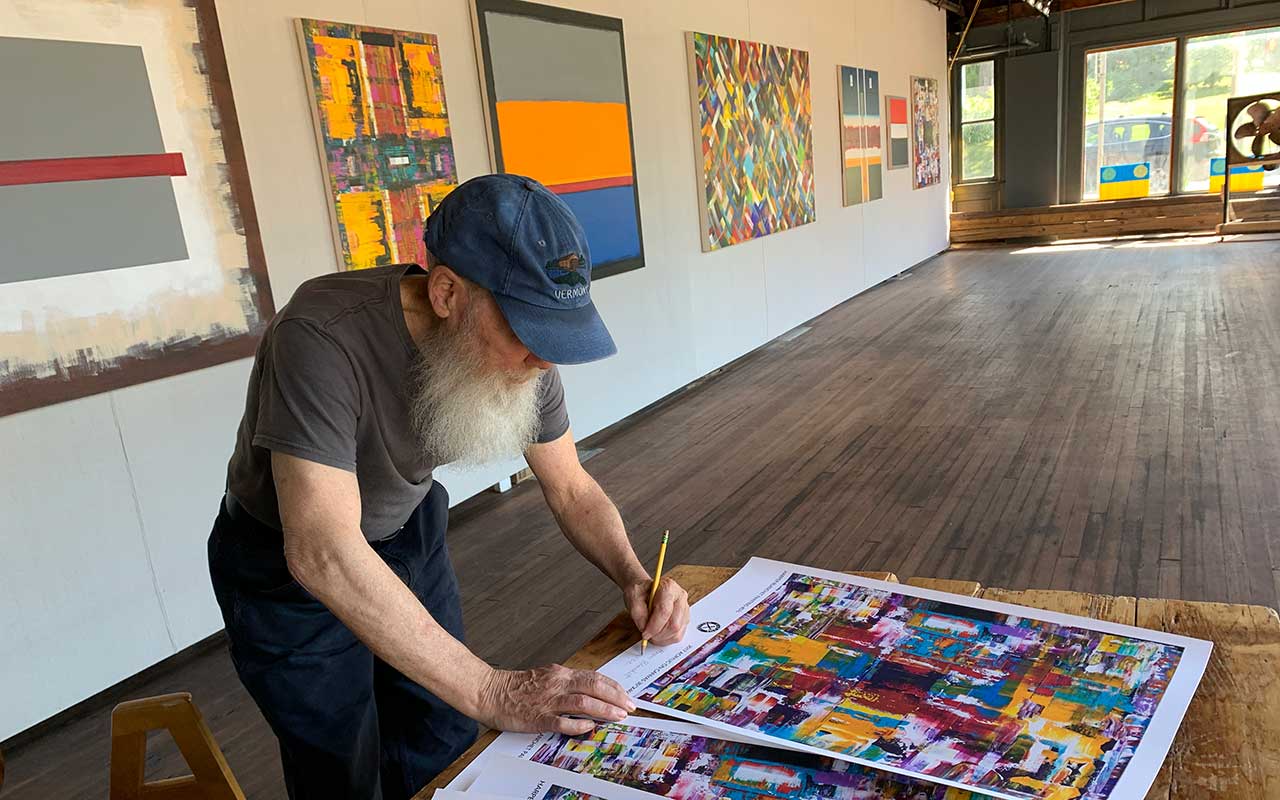 Harper signing print editions of one of his paintings. Limited edition of 100 are available and for sale through Instagram.