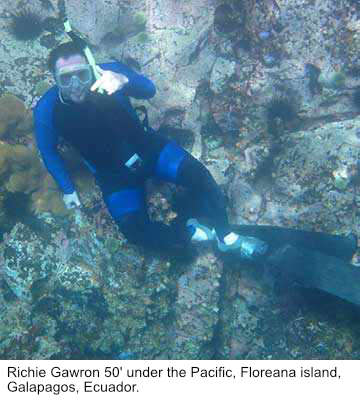 Life is about following our dreams, creating happy memories, achieving personal goals, and simply enjoying the many moments we’re gifted. It’s also about pursuing interests and activities that make us feel truly alive. Many people enjoy the act of exploration. Driven by a sense of curiosity, they’re on a quest for knowledge and novel experiences. Many yearn to wander the world. These explorers enjoy engaging with people of other cultures, turning strangers into friends, and all of the stimulation that comes along with their journeys.

Jessica Nabongo is a writer, photographer, and entrepreneur. She’s also a world traveler, travel expert, influencer, and public speaker. If Nabongo’s name sounds familiar, it’s because she recently made headlines and many media appearances when she released her inspiring travelogue entitled, The Catch Me If You Can: One Woman’s Journey to Every Country in the World.

This adventurer marked a milestone when she earned the title of the “first Black woman (on record) to visit every country in the world.” Her journey whisked her off to all 195 United Nations-recognized countries. Nabongo completed this goal in October 2019.

A first generation American, Nabongo was born and raised in Detroit by Ugandan parents. When she was four years old, she received her first passport. Growing up in a home with hundreds of books, two sets of encyclopedias, an atlas, and a globe, Nabongo was raised to believe that anything was possible. She proved that to be true.

Her book, published by National Geographic Partners LLC, a joint venture between The Walt Disney Company and the National Geographic Society, whisks readers through 100 countries, entertaining them with stories of adventures and activities (climbing Japan’s Mount Fuji); culture and favorite restaurants (Astoux et Brun in Cannes); and travel musts (hike a glacier in Iceland or visit the center of the world in São Tomé and Príncipe). Nabongo’s story includes her many experiences meeting new people and fostering connections.

Beyond using words, she describes her journey through hundreds of bold, colorful photos. Many were taken by Nabongo.

“My goal is to expand people’s understanding of the globe and make it more accessible to everyone. This book is a collection of countries that make my heart smile. I hope my stories make you laugh, cry, and ultimately think differently about the world in which we live,” explained Nabongo.

The Catch Me If You Can: One Woman’s Journey to Every Country in the World details some of Nabongo’s unique experiences, including swimming with humpback whales in Tonga; exploring Nauru (the world’s least visited country) by scooter; dog sledding in Finland; white-water rafting on the Nile; and beyond.

Nabongo’s story is also about the kindness of strangers – from the people who supported her journey on social media to those she met along the way. “Former” strangers often opened their homes, tables, and hearts to Nabongo, offering insight and tips on where to go and what to see.

Beyond anecdotes from Peru and South Africa, the book includes tales from far-flung corners and seldom visited locations, including North Korea, Tuvalu, South Sudan, and the Central African Republic.

Nabongo flips the script, showing that off-the-radar destinations can be just as welcoming, safe, and remarkable as everybody’s favorites. Her stories are a tribute to diversity, beauty, and culture – and, most of all, to the many friends she met along the way. “I have visited the world’s 195 countries and ten territories, and I came away with two key lessons. First, most people are good. Second, we are more similar than we are different. I hope what other Black people see from my story is that you should feel comfortable traveling anywhere you want to go. My journey is about showing everyone, not just Black women and men, that your dreams are achievable,” shared Nabongo.

Proud to have achieved her dream of seeing every country on the planet, Nabongo is eager to share the lessons learned during her travels and speaks about how to overcome the fear of traveling to a foreign place; how tourism is different post-pandemic; issues and misconceptions Black, African, and female travelers encounter; tips for cutting travel costs; understanding COVID-19 revenge travel; and why 2022 is forecast to be the year of the GOAT—Greatest of All Trips.

Ultimately, Nabongo is a dreamer crafting a life and career that connects her passions and talents. She aims to use her story to educate and inspire others to travel and experience the world. Nabongo uses her blog, The Catch Me If You Can, to share her travel adventures and build a global community. She is also the founder of The Catch – a luxury travel lifestyle brand. Nabongo attended St. John’s University in New York where she earned a degree in English Literature. She later completed a graduate degree in Development Studies at the London School of Economics. When Nabongo is not on a plane, she’s home tending to her plants in Detroit or in Los Angeles.

Beyond Nabongo, there are other inspiring jet-setters with their own approaches to travel. Richie Gawron is a technology and legal consultant who does contract work. When he’s not locked into a project, Gawron travels the globe. Most recently, he spent six months in Ecuador and the Galapagos Islands during the pandemic and then another several months in Italy. He has called Italy, Ecuador, Thailand, and Turkey home, but doesn’t necessarily require a land residence to claim a country on his “countries I lived in” list. Fusing passions in sailing and cooking, Gawron lived on a sailboat in the Mediterranean and worked as second mate and chef, visiting ports in Cyprus, Turkey, Israel, and Lebanon. He even (accidentally) crossed the Syrian national border during the Revolution.

Gawron said that the seeds for his wanderlust were planted when he was just a kid. “My godfather, Frank lived next door and his daughters, who both worked for airlines, hosted ‘airline parties’ in their yard,” said Gawron. That’s when Gawron first became acquainted with pilots and flight attendants. He enjoyed listening intently as they discussed their worldwide adventures.

When Gawron was 17, he became even more inspired. That’s when Frank took him on a trip to Frankfurt, Germany. “We toured castles in Switzerland. I had ‘real’ hot chocolate (made with melted chocolate rather than powdered chocolate) for the first time and that was the first time I took an overnight train,” says Gawron. On the train to Venice, Gawron began practicing his Italian language skills and he was hooked.

To date, Gawron has been to 61 countries. “It’s important to note that I don’t include transits or simply standing on the soil of a new country for a few hours as a visit. In my opinion, you must spend time in a country, meet the locals, and learn how to say ‘hi,’ ‘bye,’ and ‘thank you’ for it to count,” added Gawron.

He noted that one of his biggest travel takeaways was learning to be thankful and to reward other people’s kindness.

On Gawron’s first backpacking trip after college, England was his starting point. “A friend from New York was staying with a family in Lowestoft, England as part of a student exchange program. They gave me room and board and John, the father of the family drove me all around London – proudly explaining everything we saw,” said Gawron.

To show gratitude, Gawron tried to offer the family money, but they declined. He felt that a simple “thank you” wasn’t enough. After finding out that John’s favorite Italian dish was Fettuccine Alfredo, Gawron called his Italian mom in New York for the recipe. “I went to the specialty market for the best Parmigiano-Reggiano I could find and cooked a super meal. I still remember him exclaiming, ‘This is the best fettuccine I have ever had,’” added Gawron. Cooking gourmet meals as a thank you is a formula that seems to work as Gawron has done this many times in various countries.

After all, Gawron’s travels and world experiences, he cautions others to consider their own world views before traveling. “The lens through which you view the world was entirely formed in and influenced by the country you grew up in. When you visit your first foreign country, it’s nearly impossible to view that country without being profoundly influenced and biased by your own cultural lens,” added Gawron. He recalled a trip to Italy when he headed out midday to purchase batteries. When Gawron reached Avella – a tiny mountain village outside of Naples, all the shops were closed. “I found this extremely frustrating, especially because I came from ‘The City That Never Sleeps.’ It wasn’t until several years later, after a few more trips to Italy, when I realized that this was a wonderful part of Italian culture. It means that after a copious Italian ‘pranzo’ or lunch, the shop staff were at home with their families, relaxing and resting. I found that, instead of looking for batteries during lunchtime, the better option was to enjoy a glass of wine and take a nap,” concluded Gawron. Aaaah L’Italia!

Kendra Leach has journeyed to 12 different countries, but has enjoyed stints residing in Ghana, Hawaii, and Sydney. She currently lives in Philadelphia. “I’ve always had a passion for seeing new places and meeting new people, and then sharing those experiences with others. I love immersing myself in new places. It really provides perspective when you connect with people from different places worldwide,” said Leach, proprietor of The Kendra Studio – a digital marketing business that assists small business owners and entrepreneurs in growing their businesses/brands.

Leach began traveling at a young age with her family. “My mom loves road trips. When I was younger, we took quick trips to the beach since we lived near Myrtle Beach, SC,” said Leach. An avid reader, it was through reading that Leach was first able to ‘travel’ to other destinations as a child. “As soon as I was able to travel on my own, I began to go on trips, and I always took my books with me.”

Her tally of 12 countries spans four continents. “An interesting fact about me is that the first place I traveled to outside of the United States was Ghana. I lived there for six months during a study abroad with New York University. It was one of the best experiences of my life and I met some of my lifelong friends there,” said Leach. Her newest venture is The Exclusive Style – a lifestyle and travel site for women of color.

Get inspired and take that trip. You never know how the next chapter of your life – or first book – can unfold. 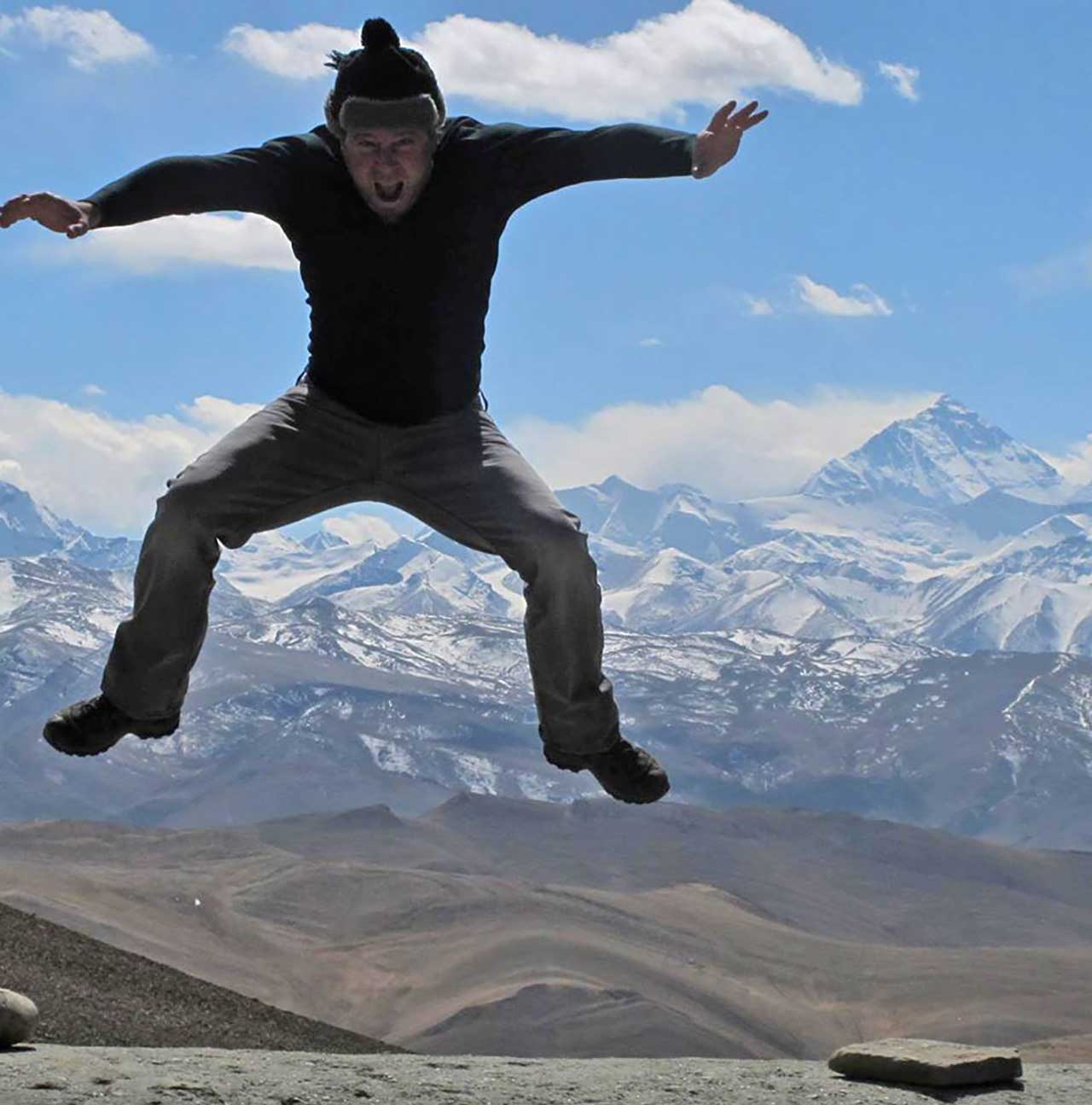