It’s not out of the question that were Shakespeare a contemporary playwright, the title of Measure for Measure (on stage at Shakespeare & Company in Lenox, MA through September 18) might have been “What Goes Around Comes Around.” It does … with truly engaging results.

The production marks a return of the work to the Lenox stage that has been over 20 years in the coming. This production is handily directed by Alice Reagan whose estimable list of credits easily explain the result – a clever, fast paced rendering of the script. It is, after all, the language and the story structure that Shakespeare envisioned that makes it possible for a fine director to bring a very old play to energized life.

The medium is truly the message in Measure for Measure. Vincentio, the Duke, is cleverly portrayed by Ariel Bock, a long-standing stalwart in season after season of Shakespeare & Company productions. The gender shift – having a woman play a male part – plays on the irony of the original Shakespearean productions which cast men in all parts. There are several instances this summer where directors have chosen to cast female for male … and the results have been refreshing.

So, the Duke takes temporary leave of duties which are passed to Angelo. David Gow is chillingly brilliant as Angelo since the character is devious, deceitful and apparently bereft of any decency. The Duke is not stepping away, but assuming a disguise to observe how Angelo takes charge, enforces the law and generally comports himself.

Angelo meets his match when confronted by Isabella, sister of condemned Claudio, as she pleads and bargains for his life. Nehassaiu deGannes glides through the play, a paragon of virtue and a pilar of strength. It is fortunate for the outcome of the plot that the Duke recognizes the strength of her character and intervenes.

There are lovers, there is tragedy, there is a moment of violence, there is the insidious impact of deceit … and there are some well timed laughs in this production. Charls Sedgwick Hall is an actor if immense talent, not the least of which is his engaging use of comedic timing.   Again, a celebrated and traveled actor, Hall is the perfect counterpoint to the seeping evil of Gow’s Angelo and the winding wisdom of Bock’s Vincentio.

Students of Shakespeare have decided that Measure for Measure is the first Shakespearean piece to use the Greek concept of “deus ex machina” … literally “the god out of the machine.” The term identifies employing outside forces to solve the challenges of a dramatic story. When it seems that there is no way to resolve the various crises, the “deus ex machina” appears and brings a solution. If the notion is correct, the Duke is that force with uncanny instinct, knowledge and ability to unravel the most complex thematic knot and bring resolution. Things end well … even for Angelo, who by the end of the play deserves whatever evil fate is offered. He is, instead, saved by the very woman he had so cruelly wronged five years before … all at the behest of the Duke.

The production seems to move very quickly, transcending the frequent reliance that Shakespeare made of soliloquy and lengthy sections of close dialogue. Allyn Burrows, Artistic Director of Shakespeare & Company, offered in his pre-production greeting the notion of closing one’s eyes to more carefully absorb the intricate language employed. His suggestion is not without merit. The language is beautifully presented.

Your attendance at this clever production is highly encouraged. This is Shakespeare done very well, presented by a cast of perfectly balanced actors seamlessly molded by a very talented director. Experiencing Measure for Measure in 2022 will not only rejuvenate a story first presented in 1604, but may very well resonate with several themes most current. Insidious government figures? The innate power of “Me Too?” The importance of loyalty and selflessness? All here on full display.

Tickets for Measure for Measure can be obtained on line at www.shakespeare.org or by calling the box office 413-637-3353. 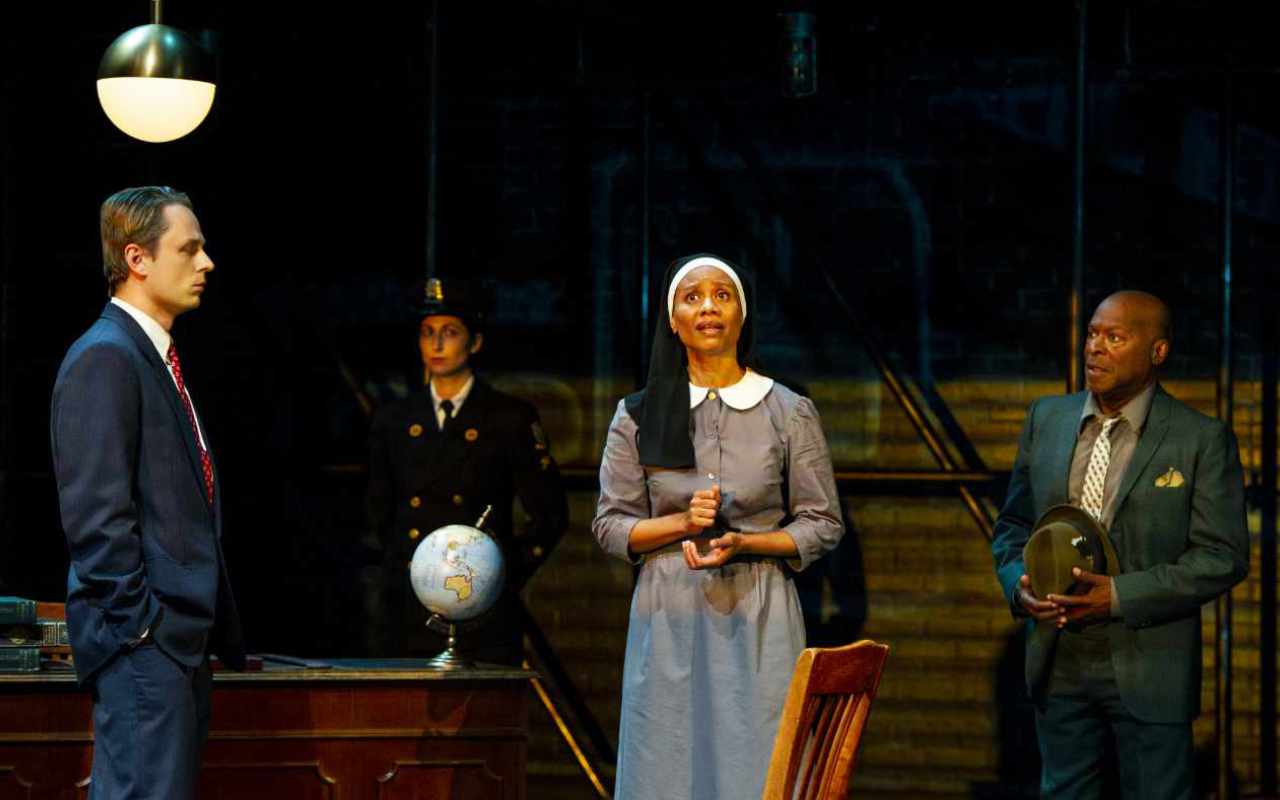