Molinaro Calls on Governor for Investigation ahead of Mask Mandate Annoucement

On Wednesday Governor Kathy Hochul is expected to announce the expiration of New York’s mask mandate for businesses across the state. On Tuesday, the Governor said she had become comfortable with the latest data that showed “bed capacity at hospitals had improved and the statewide positivity rate was at about 4 percent, down from a peak of 23 percent on Jan. 2.” While the end of the mandate would have potentially positive effects statewide for small businesses, the separate mask mandate for New York schools will remain in effect. In a statement Hochul said, “I am optimistic that we’re trending in that direction, but I still need the time.”

In a statement issued on Wednesday, Dutchess County Exectutive Marc Molinaro responded to Hochul’s probable decision. Molinaro pushed back against the continuation of mask mandates for schools saying, “As Governor Hochul ponders lifting the mask mandate in New York, as so many other states have already announced, it must be done across the board, including in our schools and daycares.” Molinaro continued saying, “We know there is harm to our youngest learners, particularly those with disabilities, when forced to mask all day.”

Molinaro, who in September announced he was running for Congress, called for additional action on behalf of the Governor’s office regarding the state’s handling of the pandemic for the past two years, “New York owes the families torn apart, businesses shuttered and lives lost a thorough review and investigation of pandemic response. The establishment of a Moreland-style commission would provide transparency, accountability, and go a long way toward respecting those who live on with much loss and restoring credibility.” The Moreland Commission to Investigate Public Corruption was a public entity created by then New York governor Andrew Cuomo in July 2013 under the state’s Moreland Act. Cuomo disbanded the commission after approving modest ethics reform in March 2014, whereupon U.S. Attorney Preet Bharara announced that he would continue investigating the commission’s targets and the governor’s office itself.

While a broad investigation remains vague in concept and unlikely to occur, Molinaro reaffrimed his call to action saying, “We call on Governor Hochul to end mask mandates for all and convene a commission to begin a thorough review.” 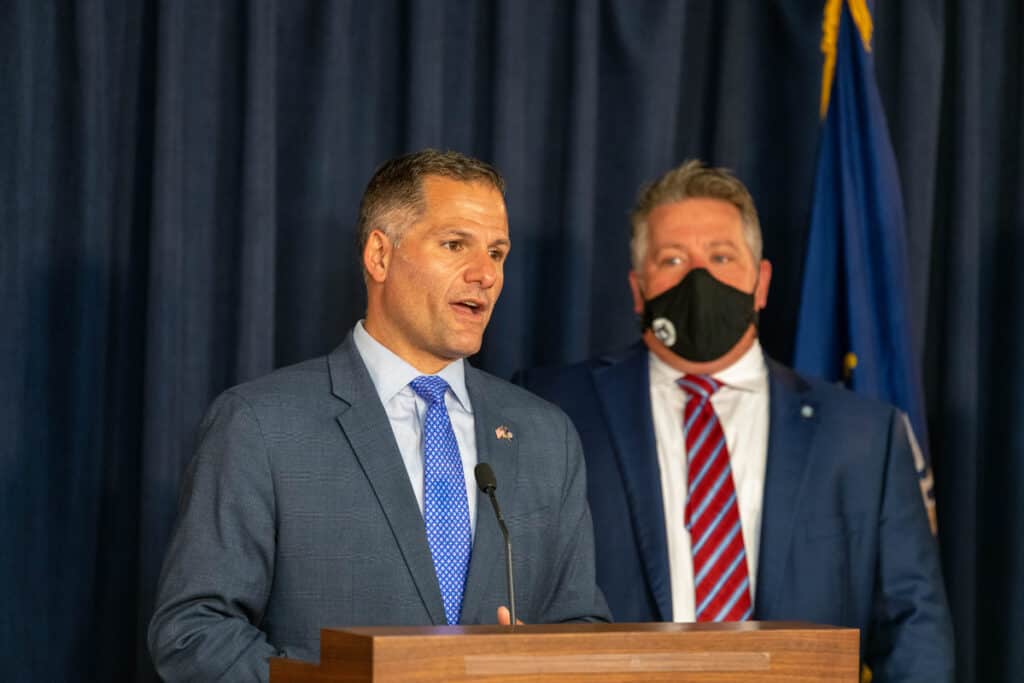 Molinaro at a speaking engagement in October 2021