Exactly three years ago Main Street published its first article on mystery houses just in time for Halloween. Our readers responded enthusiastically to the story, so three years later we are revisiting some of our original mystery houses and adding new ones to watch. We ask readers to walk around their neighborhood and look out the car window and ask, “Is that a mystery house? – What will happen to it?” Please send your mysteries to info@mainstreetmag.com and we’ll investigate.

What is a “mystery” house? It’s a building you drive by every day and wonder what is happening. It’s not just an old house that has had a “For Sale by Owner” sign in front of it forever. It’s a building that was once important and still has potential to become something else, to have a new life. It’s a house that makes you wonder. What will happen here?

Ken McLaughlin, the building inspector for the Villages of Millerton, Millbrook, and Rhinebeck and the Town of North East and La Grange, explained why nothing happens year after year to some mystery properties. As long as the property taxes are paid, and a dilapidated, vacant building is secured and poses no safety threat to the public, there is very little that a municipality can legally do. New York has not adopted so-called “Zombie” laws which allow government intervention. There are various levels of enforcement, and declaring a building unsafe involves legal proceedings and expense. McLaughlin observed that there are five or six such properties currently involved in litigation in the Village of Millerton alone. The buildings in question will remain a mystery since litigation matters are not subject to public scrutiny. Getting a building condemned is a complex, lengthy, and expensive process. It’s also complicated, especially since Covid, to remove occupants from buildings if they are deemed unsafe. “Each building is unique and taking people’s rights away is very difficult,” observed McLaughlin.

The shopping plaza on Route 44 in the Town of North East on the edge of the Village of Millerton remains an unoccupied mystery and the subject of all kinds of rumors. The sign for the Millerton Fresh Market which replaced the Grand Union store remains, but the tenant vacated before the Covid pandemic. The last retail tenant to leave was Trotta Liquor store which relocated in 2021.

North East town officials have met with the prospective purchasers who reportedly are interested in attracting a grocery store and adding rental apartments to the site. This summer the DEC supervised the removal of oil tanks and contaminated soils from underneath the parking lot eliminating one hurdle to the site’s development. According to town officials, the sale was originally scheduled to close in January 2022 and it’s unclear what is holding the project from moving forward.

Renovation of this boarded up building at 22 Beilke Road in the Town of North East, which at one time was a beauty salon, stopped over ten years ago. The owners of this “Sold as is Builders Dream” are now asking $185,000 for the house on .22 acres. The property was purchased in 1999 before the creation of the Harlem Valley Rail Trail, which borders on the back of the property and the evolution of nearby Millerton into a vibrant village. Karen Grimaldi of William Pitt Sotheby’s is the listing agent.

A vacant apartment building at 69 Millerton Road in Lakeville was sold by Bank of Millbrook for $225,000 in 2019 to the owners of the home next door. Located next to the renovated Landowska house, something interesting should happen here.

The “Milk Factory” at 31 North Center, originally a Borden’s Milk processing plant, formerly housed fire department equipment and apartments, but has been vacant since a fire damaged the roof and interior spaces. Electricity has been turned off until “issues of fire safety” have been resolved according to building inspector Ken McLaughlin.

This house at 3565 Route 22 in south Amenia has been a mystery house for a very long time. Situated on 52 acres, it was sold in 2010 for $220,000 according to Dutchess Parcel Access. The current owner declined to comment on the building’s future.

This Federal style house situated on 412 acres on Indian Lake Road in the Town of North East is part of the Culver Farm and has been said to be awaiting restoration. Dutchess Parcel Access states it was built in 1900 but the architectural details suggest a much earlier date.

The trees have been chopped away and the façade revealed at 3825 Route 199 in Pulver’s Corners, a hamlet of Pine Plains. Dyan Wapnick of the Little Nine Partners Historical Society provided the history on this mystery building. Around 1853-4 the residents of Pulver’s Corners decided to build their own church on land donated by William Pulver. The cost of roughly $1,800 was raised through local subscriptions to build the 32’ by 40’ union church. Over time interest waned and the building was sold and left to deteriorate. The former church on .26 acres of land with an assessed value of only $20,000 was foreclosed on by the county for non-payment of taxes and sold at auction for $32,000 in May 2022.

Located at the intersection of Route 199 and Route 22 in the Town of North East, this ten-room Victorian house was part of the Kaplan farm which sold for $2,375,000 in 2020 to a buyer purportedly committed to sustainable agriculture.

Built as the fire house, this shingled building on Dutchess Avenue became the library and then Millerton’s Village Hall with the Police Department upstairs. Because of safety reasons, the building was vacated several years ago. The Village Board of Trustees will be seeking a buyer now that an appraisal has been completed. •

Christine Bates is a registered real estate agent in New York and Connecticut with William Pitt Sotheby’s. She has written about real estate and business since Main Street Magazine’s first issue in 2013. 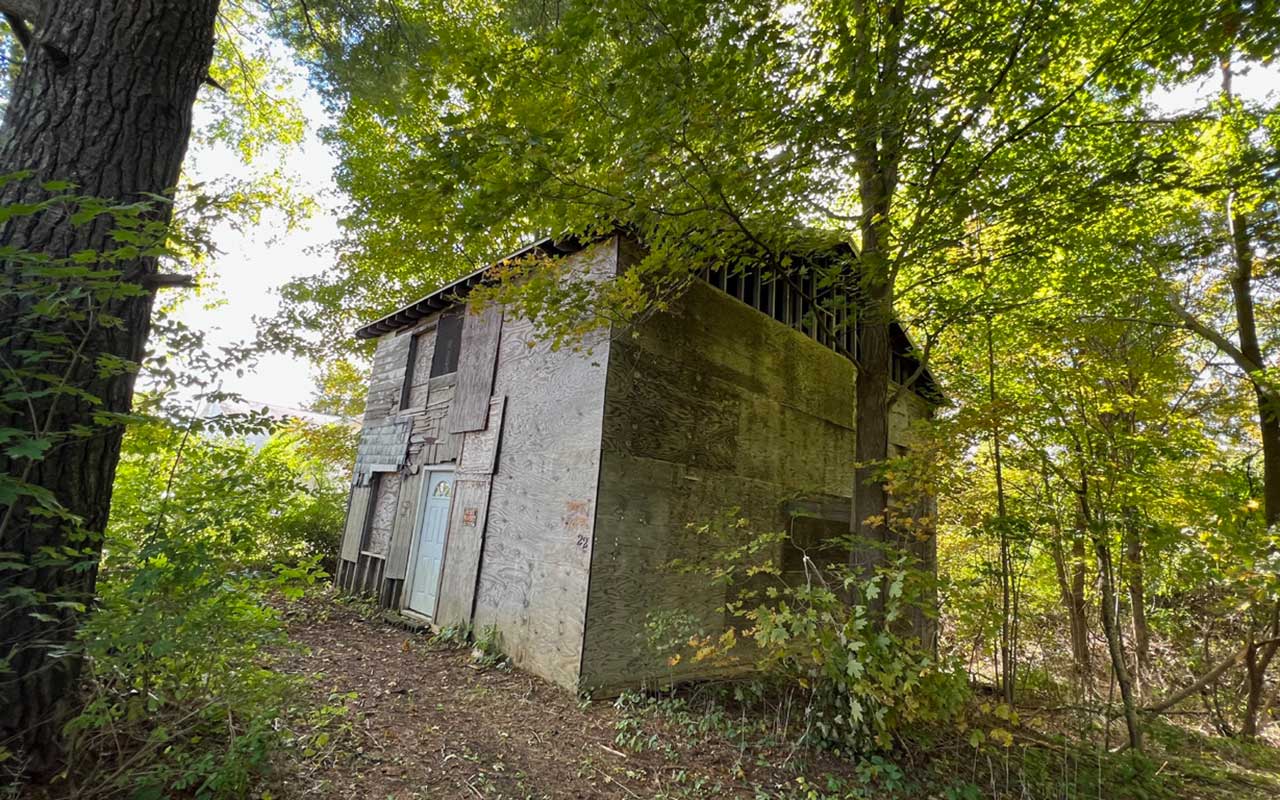