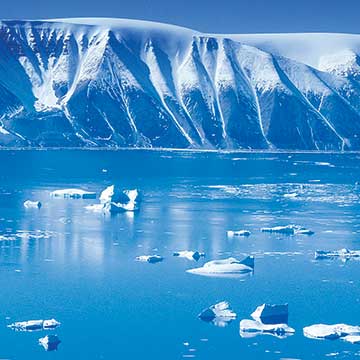 By Mary B. O’Neill, PhD | info@mainstreetmag.com | Photographs by Joseph Meehan

It’s the era of superheroes and their blockbusters – Black Panther, Wonder Woman, and Justice League to name a few. We know they’re imaginary, but what if they were real? What if one lived right in our own town and we didn’t even know it? How cool would that be?

It’s not Main Street’s M.O. to drop a journalistic bombshell – but it is now. I’m blowing the cover on two heroes in our midst. Dentist Martin Nweeia and photographer Joseph Meehan are scientifically, visually, and respectfully kicking butt and taking names for the sake of the mythic, but very real Arctic Narwhal.

For the past 18 years, Dr. Nweeia has been blending research and dentistry in his collaborations with the likes of the Smithsonian Institution National Museum of Natural History, National Geographic, National Institute of Standards and Technology, Woods Hole, and Harvard University School of Dental Medicine. These partnerships stem from a passion to explore the Arctic Narwhal, a one-toothed whale that has been likened to a water-bound unicorn.

Filling in the gaps

Nweeia’s dental research began with examining human teeth in the Ama-zon as a dental anthropologist. Much like medical examiners use teeth to make identifications, science can use dental clues to create theories about the migration of species and relationships between cultures.

From his work on human dental patterns, Nweeia became interested in animal teeth formations and morphology (the study of forms of and relationships between living things).

This line of study brought him face to tusk with the Narwhal whale. “What I had read about the function of the Narwhal tusk made no sense to me. I became devoted to finding out about the structure and function of this tooth that seemed so unlike those of most every other animal.”

Sensitivity to wonder – and salt

Since the early 2000s, Nweeia has been focusing his energies on inves-tigating the male Narwhal’s tusk. He built his credentials through independent and team research and careful listening, fueled by what he calls “a child’s curiosity.” His research into the function of the tooth, which was traditionally believed to be a tool for battling for the female, has shown it to be much more than that.

Nweeia’s work led to the discovery that the tooth is a sensory organ riddled with nerve endings right to the surface – there’s no hard enamel shell as in most other species. These nerves help the Narwhal sense changes in the salinity of the water. As water freezes it leaves the salt behind. When it melts the water’s salt content is diluted. The Narwhal uses the tooth to navigate its Arctic environment and avoid getting caught under ice, where it is unable to surface and breathe.

According to Nweeia, because it is more commonly found in males, this extended tooth’s salt detector likely has a function in sexual selection and providing for offspring. It potentially helps the male locate available females hanging out in specific areas defined by salt concentration and detect salinity in its prey.

Nweeia has also been involved in research to show that this tusk is one of the male Narwhal’s two front teeth. The left one usually stays within the mouth, while the right one extends forth by two to three meters in length.

For those of you who might have thought that this tusk is used to spear large prey, think again. The Narwhal can’t chew all that well. The rest of the Narwhal’s teeth are vestigial, meaning that they have become functionless over the course of evolution. The Narwhal feeds on small fish that it vacuums up through its mouth.

Indigenous wisdom in a scientific world

One of the key aspects of Nweeia’s research is the role that indigenous Inuit play in positing theories, collecting data, and drawing conclusions.
“Indigenous knowledge in scientific research often receives a footnote treatment. My belief is that they are full collaborators in this research. I respect their experience and wisdom. While it might not be immersed in scientific method and repeatability, their knowledge comes from a deeper place,” Nweeia continues, “Their lives depend on their observations and conclusions. Understanding the Narwhal is not an academic exercise for Inuit hunters. They need to know the animal and the environment. They need to listen and watch. If they don’t, they may not feed their families or make it back home.”

This observation illustrates Nweeia’s integrative approach to scientific research. “Science is reductionist, meaning we remove variables to look at the meaning of one thing in isolation from others. Indigenous people, because of their intimate connection with the natural world for the sake of their lives and livelihood, look at the world as one integrated whole. This model actually aligns with my view of the world.”

His view seems to be working – and you can see the results of his research at the Smithsonian Museum of Natural History in Washington, DC, where Nweeia has co-curated the exhibit, Narwhal: Revealing an Arctic Legend.

How Nweeia combines two seemingly full-time jobs seems as mystifying as the Narwhal itself. Yet Nweeia identifies himself first as a dentist and second as a Narwhal researcher and collaborator. “I think of this as my golf game,” he explains, “My first responsibility is to my human patients. I love interacting with them, but I couldn’t do one without the other. Narwhal research is integral to my life. In my free time, I’m making calls, submitting journal articles, and conducting research.”

Part of Nweeia’s integrative ap-proach includes a visual record of the research, the Inuit partners, and their livelihoods. This aspect of his research calls upon the talents and skills of professional photographer and Salisbury, CT, resident Joseph Meehan.

Meehan is a fixture in these parts working and volunteering in our towns, photographing its events and citizens. He’s a gentle giant, and despite his well-over-six-foot height, when he’s taking pictures he somehow manages to be invisible.

Recently, he gave a community lecture about his Arctic expeditions with Nweeia to conduct Narwhal research. Speaking to a capacity crowd at Noble Horizons Retirement Community, Meehan showed himself as a master storyteller and teacher, tracing progress through the Arctic with humorous anecdotes while throwing out lens choices and shutter speeds. With his calm demeanor, deep respect for his human and animal subjects, and sharp sense of humor, he prepares for every photographic eventuality, which comes in handy in battery-freezing temperatures of the Arctic world. But some things Meehan can’t prepare for – like when that polar bear took a swipe at his tent, with him in it!

Nweeia describes Meehan as an “understated and wildly talented photographer.” Thankfully, serendipity brought them together in Nweeia’s dental office, where he was showing Meehan his amateur photos of the most recent expedition.

Meehan casually offered that if Nweeia ever needed a photographer for an Arctic trip…. He didn’t have to suggest it again. Nweeia recounts, “I knew Joe’s work, knew what he was capable of. I’ve had other photographers make that same offer, but when Joe asked – suddenly it became relevant.”

Their partnership cemented over that first polar expedition together. “When we first went out, I’d ask Joe to get photographs of the Inuit elders. He’d be back in what seemed like minutes. All he would say was, ‘I got it.’ I wasn’t quite sure how he could have shot the material in such a small amount of time.” The incredulous Nweeia was soon assuaged. “What takes another photographer a whole day, Joe can capture in three or four shots. On that trip, I learned that when Joe says, ‘I got it,’ it means he has it.”

Since then, Meehan has been on three more polar Narwhal research expeditions with Nweeia, where he captured truly awe-inspiring images, told visual stories, documented discoveries, and bent his lanky frame into the tent version of a tiny house on an Arctic floe. It is his photos that populate Nweeia’s website, articles, and presentations, as well as the Smithsonian exhibit.

I can imagine that when Nweeia and Meehan read this article for the first time they might feel uncomfortable with being characterized as local super heroes. If you know them, then you know that they both exude a quiet humility and prefer to just get on with their work.

Here’s the thing – they are the type of hero and role model we need today, and they are right here in our community. Both are smart and talented, serious with a healthy dose of self-irony, persistent, willing to share their knowledge, and able to respect and incorporate diverse perspectives.

They live lives of “and” – not “or.” A practitioner of Narwhal scientific research and community dentistry. A photographer of Arctic wonder and student athletes. They do what heroes are supposed to do: transcend self-imposed limits and leave the world better than they found it – with or without the capes. •