New Year’s Traditions Around the World 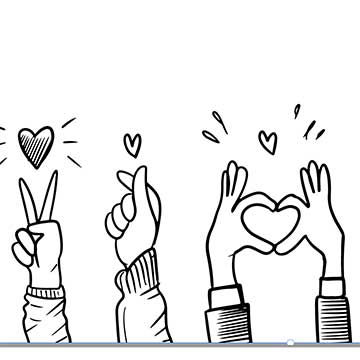 For more than a century, people around the globe descend upon Manhattan’s Times Square to watch the ball drop. Some history: that inaugural New Year’s Eve bash, held in 1904, commemorated the official opening of the headquarters of The New York Times.

At midnight, there was a fireworks display to celebrate and mark the event. A few years later, the city banned the fireworks, so The Times arranged to have a large, illuminated iron and wood ball lowered from the tower flagpole precisely at midnight to signal the end of 1907 and the start of 1908. It became an annual tradition. Since 2000, Waterford Crystal has been fitting the Times Square Ball with brilliant crystal panels.

On the other side of the globe in Sydney, Australia, the New Year’s events boast one of the world’s largest, most technologically advanced displays of fireworks, lighting, and projections. Every year, more than one million spectators gather at the Sydney Harbor shoreline to watch the spectacular show, which reaches a global audience of more than 425 million.

Chances are, you may have been ringing in your New Year’s Eves in similar fashion every year. Perhaps you watch the ball drop on television and call it a night.

It’s almost that time of year again when we say goodbye to 2022 and usher in a new year. This year, do something different and mix it up. Try borrowing a tradition from another culture. Regardless of how you celebrate, it’s easy to adapt a custom from another culture. Perhaps you can have every member of your group engage in a different ritual. Here are some ideas.

In Brazil, people believe that donning colored undies ushers in luck in the new year. The vibrant color red, associated with love, is thought to bring passion. People who are hoping for a windfall of money wear yellow while green symbolizes good health, and white is associated with peace. In tribute to the god Oxala, everyone dons white clothing. Bay leaves, also known as the “priest’s leaf” is a spiritual token believed to sharpen intuition. Many Brazilians tuck one inside a pocket in their white clothing for some extra luck.

People in Colombia stuff their pockets with lentils in the hopes of having a bountiful year ahead. Those who yearn to travel carry a suitcase around their neighborhood. At the stroke of midnight, many Colombians set fire to a doll, which symbolizes the old year. Out with the old, in with the new.

Croatians believe that a person’s health depends on the first person they spotted on New Year’s Day. There’s also an old belief that everyone who travels on New Year’s Day will continue to jetset in the year ahead. In Split, regardless of how cold it is, people play games in the chilly waters of the beach. They believe that bathing in a frigid sea is healthy for the body.

The Queen’s New Year’s Eve speech from Fredensborg Castle signals the beginning of the celebration and symbolizes unity for the country. Every year, the Queen summarizes the year’s political events, and thanks the people of Greenland and the Faroe Islands. Later, the Danish try to banish bad spirits and strengthen friendships by tossing old plates and glasses against the doors of the homes of family and friends. At midnight, they stand on chairs and jump off to “leap” into January in the hopes of bringing in good luck. Called “hoppe ind i det nye år,” it translates to “to jump or leap into the new year.”

People in Ecuador celebrate by burning paper filled scarecrows at midnight. They also burn photographs from the previous year.

Beyond the fireworks and toasts, the Finnish forecast the upcoming year by melting tin in a bucket of cold water. The resulting shape is interpreted to predict the future. A heart or ring forecasts a wedding, a ship predicts travel, and a pig declares there will be plenty of food.

In France, the New Year’s Eve celebration is called “Le Réveillon de la Saint-Sylvestre.” “La Saint-Sylvestre” is the patron saint of the New Year. “Le Réveillon” translates to “the awakening.” It is marked with a night-time celebration or feast with a menu of rich foods. In France, kissing under the mistletoe is reserved for New Year’s rather than Christmas. This tradition hails from the Druid Celts who believed mistletoe brings good luck and wards off evil spirits.

The Greeks bake a coin or trinket into a special cake that they refer to as “Vasilopita.” When the cake is cut, usually right after the stroke of midnight, the first slice is “given” to God and the family eats the rest. Whoever receives the coin or trinket is believed to be lucky in the year ahead. Greeks also hang an onion outside their doors. A symbol of fertility, growth, and rebirth, it is said to bring blessings and luck.

The New Year, which is referred to as Oshogatsu, is rich in tradition. One of the first rituals in Japan is cleaning the entire home. Every member or the family pitches in for this annual event. Around midnight, Buddhist temples ring their bells. One hundred and eight strikes of the bell represent the 108 types of desires and feelings that relate to jealousy and anger. Each strike removes one of those negative emotions or feelings. The Japanese also welcome the new year by eating soba noodles. Long and thin, the noodles represent a long, healthy life. The noodles can be cut easily, which also symbolizes a wish to cut away the misfortunes of the past.

A clean house on New Year’s in Ireland symbolizes a fresh start and a clean slate. To ward off bad luck and spirits, the Irish also bang on the doors and outside walls of their homes with bread. One of the most well-known Irish traditions is setting an additional plate at the dinner table for loved ones lost in the prior year. The weather also plays a role in the celebrations. The direction of the wind forecasts the days ahead. If the wind comes in from the west, it is believed that all of Ireland will be blessed with good fortune. If the wind blows in from the east, the opposite is true.

Hogmanay is an end-of-year party that kicks off on December 30 and ends on New Year’s Day. One of the traditions is “first-footing.” It’s considered unlucky for the first guest who steps foot over the threshold of a home to come empty-handed, so revelers bring shortbread, lumps of coal, and whisky to usher good luck to family, friends, and neighbors. Fire festivals are also held since it is believed that fires ward off evil spirits. People in Scotland also engage in home cleansing rituals, which include removing ashes from fires already extinguished. This signifies the “out with the old and in with the new” philosophy.

In Spain, it’s customary to eat 12 lucky grapes on “Noche Vieja” or “Old Night.” Each grape coincides with the strike of the clock. If all 12 grapes are gobbled up before the end of the final bell’s toll at midnight, good luck will arrive in the year ahead. Each grape represents each month of the upcoming year. Those who yearn to be lucky in love, also wear red undies on the eve. This lucky charm is believed to work only if the racy undergarment was gifted to the wearer. Before the Spanish sip their cava in celebration, they drop a shiny gold object in the glass for good luck.

In Italy, people toss old things from the window at midnight, a ritual that symbolizes letting go and ridding yourself of evil. One of the oldest Italian customs is to observe the first person that you meet on the street on “Capodanno” or New Year’s Day. If it’s an old person, the new year will be full of great surprises.

To drive off evil spirits for a fresh start, people burn effigies (muñecos) of renowned people such as political figures or celebrities. These muñecos or dolls are stuffed with firecrackers and lit and beaten at the stroke of midnight. According to folklore, by beating and setting the effigies aflame, the sins and evil spirits of the old year are destroyed. Of course, this makes way for good fortune. The fire crackers are believed to help drive evil forces away. Other traditions include putting rice in a pot, which is believed to attract wealth, and burning incense to get rid of bad energy from the old year.

In the Philippines, round shapes represent coins and symbolize prosperity in the coming year. In response, many families display piles of fruit. Some people eat exactly 12 round fruits at midnight – grapes are popular. Many also wear polka dots for luck.

On New Year’s Eve, the Swiss traditionally serve an alpine version of a hot pot, which consists of meats and vegetables. One of their traditions is to drop a dollop of cream or ice cream on the floor. This is believed to bring luck, wealth, and peace in the year ahead.

No matter your New Year’s tradition, and whether or not you adopt a new one this year, we wish you all a happy and healthy 2023! 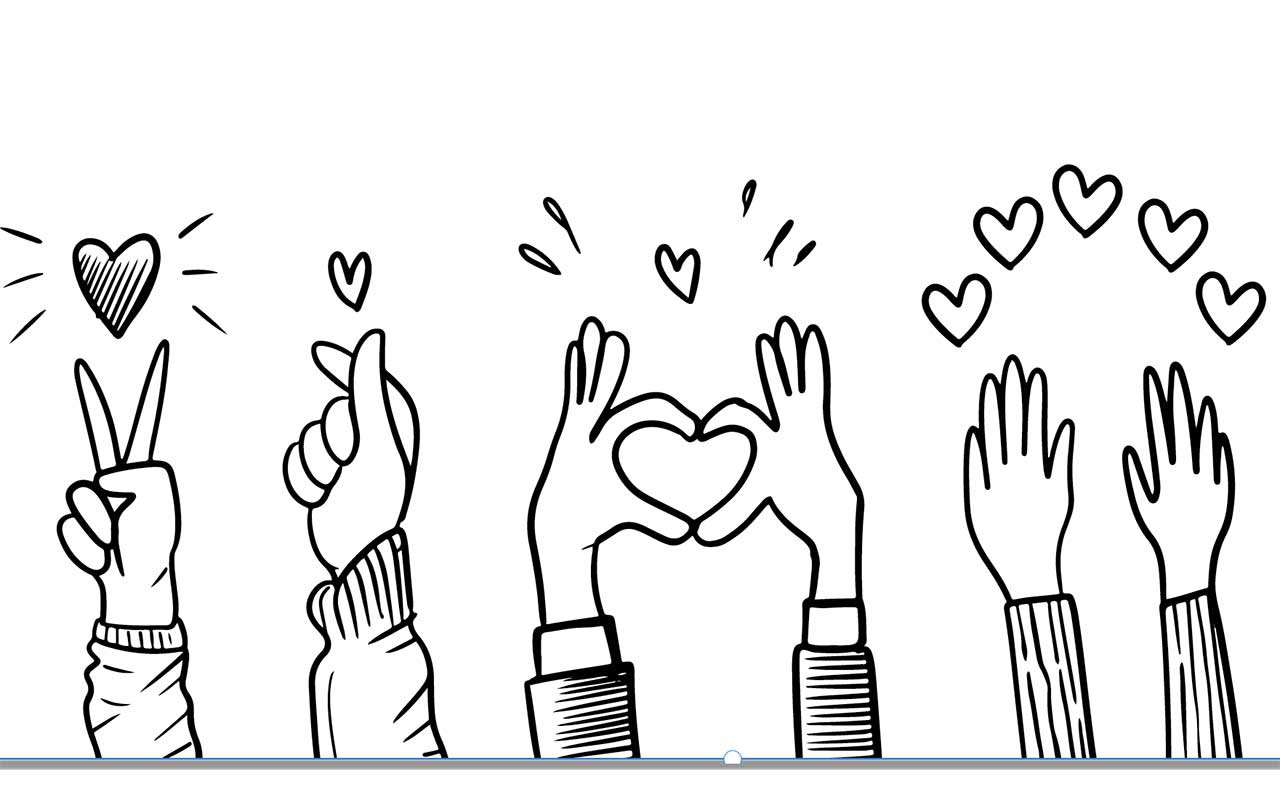