Columbia County, NY Board of Supervisors Chairman Matt Murell, along with other County leaders, have begun actively participating in a series of remote meetings that are addressing ways in which the local economy can be safely and effectively re-opened. Chairman Murell said via a press release Friday, “We’re all looking at the metrics set out by the Governor’s office, and they’re simply unattainable. To begin with, there has been no testing because there were no testing kits available. I think Columbia County is being unfairly penalized for the lack of testing. We are now beginning to ramp up our testing, fortunately, with many thanks to those who have donated funds towards the purchase of kits.” Murell continued his criticism of New York Governor Andrew Cuomo saying, “The metrics need to include other factors. For instance, most of our cases here in the county have come from nursing homes. We would like the Governor to change the metrics to reflect this sort of thing.” 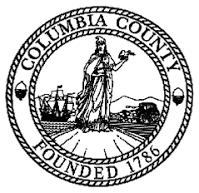 Chairman Murell said that in a related example, Columbia, Rensselaer, Saratoga, and Washington counties have a combined hospitalization rate equal to that of Albany County. Due to this kind of statistical consolidation, these four counties will be impacted by Albany County, with re-opening undoubtedly prolonged as Albany County figures are included as part of the Capital Region determination. A solution, he said, would be for the four counties cited here to be de-coupled from Albany County when the metrics are applied.

This coming Monday, at 1pm, Columbia Comeback – the committee recently established by Chairman Murell comprising leaders from the local business and political world – will conduct its first meeting. The meeting is open to the public and can be accessed via a link on the Columbia Economic Development Corporation website. Chairman Murell said Friday, “Columbia Comeback represents a significant step as local businesses prepare for opening. Everyone recognizes the difficulties facing businesses as they attempt to get back on their feet – we hope that those looking forward to resuming business activities take advantage of this important resource.”

The Columbia Economic Development Corporation website can be accessed by visiting columbiaedc.com