“Once,” on stage at Berkshire Theatre Group’s Colonial Theatre in Pittsfield runs through July 16th.  If your summer plans have an open evening, this is the place to spend it … wrapped in the music, the magic of this incredible production.  The closing ballad of this 8 TONY Award winning play celebrates the tsunami of emotion that lifts the audience and carries it along for two energized hours.  “Falling Slowly/Falling Softly,” is sung as a duet between “Guy,” played to with beautiful timing and tone by David Toole and “Girl,” portrayed with elegant intensity by Andrea Goss and filled out with the remarkable musicianship of the ensemble.  By the finale of this experience, the audience has fallen for the main characters. The conflicts and challenges of their sudden encounter have come to a resolution.  They have fallen in love … but life is moving them apart. The reminder that the fall has been accomplish softly provides an encouraging way to leave the theatre and return to our lives.

Originally written and produced as a film by John Carney, who also directed the effort, “Once” made its way to the Broadway stage by way of the American Repertory Theater in Cambridge, MA, and the New York Theatre Workshop before landing at Jacobs Theater where it ran for nearly 3 years.

The plot of the piece could be glibly reduced to “boy meets girl, boy fixes girl’s vacuum cleaner, boy loses girl.”  There is, of course, much more to the gentle love story.  Guy and Girl meet on the street where he is a despairing “busker,” a street singer playing for tips.  About to give up his dreams, Girl intervenes (thanks to her ailing vacuum cleaner) energizes, cajoles, encourages and falls in love with Guy … and he with her.  She, however, is still married with a young child … and he is lovelorn because the love of his life has left Dublin for New York.  They care deeply for each other, but fate will eventually move them apart … as they are “Falling Softly.”

The entire evening at the Colonial is overwhelmed by wonderful music.  The Ensemble is not simply a group of actors with bit parts.  It is a rich assembly of singers, multi-instrumental musicians and dancers who are crucial to the entire production.  When not featured, they are still on stage, in tableaux, waiting for the next opportunity to create the musical tapestry that is “Once.”  The pre-production music provided with boundless intensity is reminiscent of a great evening at an Irish pub.  Even in preview, the lively interaction with the audience was hypnotic.  The entire play that follows reflects that refreshing comraderie.

A wonderful side note about the production is that the actor who created the role of the Bank Manager on Broadway is now resident in the Pittsfield production.  Andy Taylor has originated three roles on Broadway and appeared with every major theatrical company in the country.  Having him be part of this production is a bonus on top of the incredible gift already on stage.

Other members of the supremely talented Ensemble that deserve special mention are Will Boyajian, who moves and plays with such flourish as to appear to be floating beyond the confines of Gravity.  Pearl Rhein is bottled lightning between her stunning instrumental work, her comically brash acting and her magnetic dancing.

“Once” runs through July 16th with performances every day, sav Monday.  There are several matinee performances available, as well.  Tickets for “Once” are available at www.BerkshireTheatreGroup.com or by calling (413) 997-4444.  Make sure you don’t miss this celebration of enormous talent.  After all, it’s available only this “Once.” 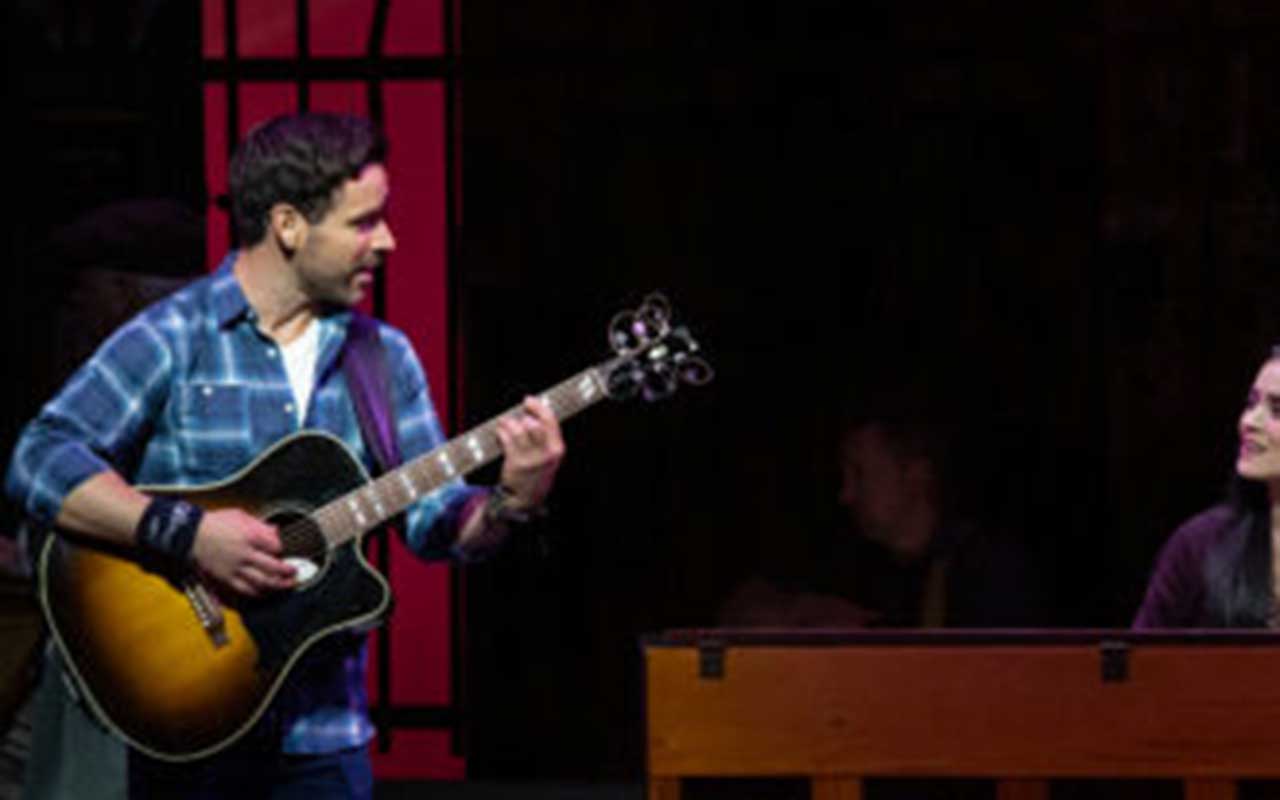