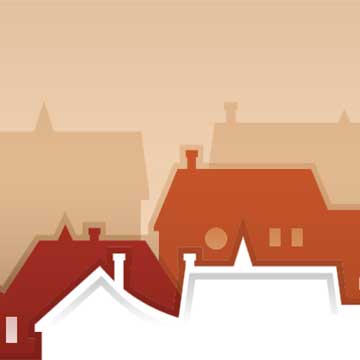 Before you begin reading, let me precede the article with an explanation because we realize that the contents may upset some readers. Of course we here at Main Street like nothing more than to tell a positive story and our intent is never to upset anyone. With that being said, reality is reality – and one has to be in touch with reality in order to be able to move forward and to make progress. From there you can look at what areas need help and which are already prospering, and everything in between. Ian took on our theme of “making a difference” with the eye of realism, and he highlights some of the challenges that our communities face – much like many other communities throughout the United States. But in line with our ethos, he concludes with what he believes our communities need in order to be able to deal with our issues and to move forward. Perhaps you will help with the conversation?

In Act One of Thornton Wilder’s Our Town, the avuncular stage manager invites the local polymath, Professor Willard, onto the set to provide some historical background for the audience. The professor obliviously drones on about the geological and prehistoric beginnings of Grovers Corners, NH, but with some gentle redirection from the stage manager, he finally arrives at “the history of man” in the area.

We have our own corners here – Boston Corners – and an elaborate history of man that reflects economic and political trends over several thousand years, with the most dramatic changes occurring over just the past few hundred. The vestiges of our agrarian past live on not only in stone walls but in large and small farms that continue to feed us. Our industrial era left us with silent iron furnaces and a few mills we are still trying to repurpose. But who are we today, in 2019?

Census data begin to tell a story, county by county, town by town. At the county level, Main Street primarily covers Columbia, Dutchess, Litchfield, and Berkshire counties where, for the first time in over a century, population decreased across the board according to the 2010 census, and is expected to continue its decline in 2020. Among the four counties, the concentration of that population decreases as you head north: Columbia and Berkshire counties contain fewer people per square mile than Litchfield and Dutchess (which is due to its proximity to the greater New York City area).

At the risk of droning on about geology, our towns are defined by it. The flood plain that cradles the Housatonic provides plenty of flat, fertile farmland, and the Berkshire Hills, Taconic, and Catskill ranges that once provided iron for industry now provide geographic buffers and scenic backdrops that make us the nearest retreat for world-weary urbanites. (Boston Corners is the nearest terrestrial “green” zone to New York City on the Dark Sky Map). Upwards of 30% of the homes in places like Salisbury, Sharon, and Cornwall in Connecticut are second homes, and income disparity is most pronounced in Litchfield County, where the aforementioned towns rank in the top fifty in the state for highest per capita income, while North Canaan is in the bottom ten percent (Partnership for Strong Communities, 2015 Housing Data Profiles).

Economically, however, Litchfield County has the lowest poverty rate of the area (6.7%), with the surrounding areas reporting double-digit figures. The lowest per capita income is in Berkshire County, where median income is actually below the national average, although the towns in that area tend to have greater parity in their income levels, with the cities of Pittsfield and North Adams saddled with more poverty and lower-income households. The same is true in New York State, where the contrast between Millbrook’s horse farms and Hudson’s row housing reflects a sizable economic divide that can’t be totally dissolved by the latter’s trendy enclaves.

Most of the income in our area derives from human services, including healthcare and education, with construction, manufacturing, and agriculture filling in most of the remainder of the pie chart. Retailers provide important services in the area, but the emergence of Amazon and other online retailers has taken its toll on Main Street businesses – much like elsewhere in America. Our three states are among the top ten in the nation for per-person online shopping according to Adobe’s Digital Price Index, and since the 2008 recession, counties across America like ours with fewer than 100,000 people lost 17,500 businesses, according to the Economic Innovation Group. In other words, more and more of our income is being outsourced to larger cities and other economies.

As is the case across the country, substance abuse is a concern in our communities, and we are not immune to the opioid epidemic that is decimating rural America. In the five-year period from 2012-2017, opioid-related treatment admissions increased 110% in northwest Connecticut, and opioid-related deaths increased in Berkshire County (Community Foundation of NW CT, Massachusetts Dept. of Health). While 2018 marked a decline in these numbers, local social service providers continue to battle the problem.

Politically, we are a mixed bag. Berkshire County, like most of Massachusetts, is reliably Democratic, as is Columbia County, although this is a relatively recent phenomenon that likely reflects a shifting demographic: before 1992, the area was a Republican stronghold. Litchfield County, despite some strong Democratic representation, was the lone Connecticut county that voted for Trump in the 2016 presidential election, somewhat surprisingly to some liberals.
It is that level of surprise that is most intriguing and telling. Some disappointed liberals will speak in almost apocalyptic terms about the last presidential election, but some of their more conservative neighbors across town ardently believe we are moving in the right direction. Taken together, the economic and political divisions paint a portrait of our area that is more nuanced than the data alone suggest.

Community impact from the private schools

“Community” here can mean several communities, really, and sometimes there is not a lot of overlap among them. Take education, for instance. Many of the preparatory schools in the area make efforts to interact with their local communities, but with their own dining halls, athletic facilities, theaters, activities, and calendars, they are micro-cultures unto themselves. They employ local residents and send their students to the local elementary schools, but their dormitory lifestyle constitutes a culture that primarily revolves around school events, not town ones. And given the significant number of private schools in the area, this is not an insignificant portion of our towns.

It is tempting to suggest that our culture is as fragmented as it is anywhere in modern America. Go to Anytown, USA, and you will unearth fissures among races, creeds, and Red Sox and Yankees fans. (A 2014 New York Times map places Berkshire County squarely on the faultline between the two, with a cameo appearance by the third-party Mets).
But the divides here are sometimes more pronounced and deliberate. Our proximity to New York City produces an economic and cultural divide that is difficult to bridge; the financial and social realities are just too disparate. I sat at a dinner party awhile back where several Manhattanites were either unable or unwilling to reorient their conversation out of the midtown restaurant scene, the gustatory nature of which I could not appreciate even with my New York Times and The New Yorker subscriptions.

The importance of the conversation

But at least we were involved in a conversation, sort of. Economic differences do not necessarily precipitate social silences, but complete absence does. When a sizable portion of a population isn’t present to have a conversation, it falls to the remainder to wonder about solutions. Add to that the balkanization of our sundry communities, and you have a recipe for resentment and misunderstanding that shuts down communication before it begins.

Although I am not directly involved in the agricultural community, I talk with farmers regularly, and their concerns about national economic policy and its impact on the international dairy market are illuminating and thoughtful. While I can’t personally change those policies, I also occasionally interact with people who wield that kind of influence, and those perspectives eventually make their way into the consciousness of rainmakers. It all starts with a conversation.

So how does all of this belong in an issue about “making a difference”? First, knowing the issues and realities of our communities leads us to acknowledge that some things should or could be different. All of these problems will impact us unless we collectively find ways to live as true communities. Second, realizing that part of the solution is simply talking with our neighbors can help us to appreciate their insights and perspectives on the issues that are shaping our community. Conversation between and among disparate factions will not solve our problems on its own, but lack of it prevents us from even getting started. Will you help with your community’s conversation?