The 2016 New York Drought was considered by many to be the worst drought to affect Western New York and parts of the Finger Lakes Region that exists on record. By the middle of July of that year, the percent of the State by area that was in severe drought according to the United States Drought Monitor was around 23.01 percent, the greatest amount since the weekly reports began in 2000 and nearly 90 percent of the State was classified as “Abnormally Dry” or in “Moderate Drought”. Results from a survey conducted the following year including over 200 farmers showed that over two thirds of un-irrigated fields had losses between 30 and 90 percent with even irrigated crops showing losses up to a third. The result? Experts say longer frost-free growing seasons and warmer temperatures possibly due to climate change create the need for increased rainfall to balance water loss. While rare droughts in New York State are not nearly as severe as other droughts that take place in the West and Midwestern parts of the United States, both in terms of duration and crop loss, droughts of this magnitude become examples of the importance of water both here at home, and around the world.

For the 4.8 million residents of Ethiopia’s capital city, in the midst of a pandemic, interruptions to the water supply and critically limited access to clean drinking water illuminate the modern inequalities created by the unpredictable nature of access to clean water around the world proving that the most basic of human needs, is also its most precious commodity. Without a treatment or a vaccine, the primary recommendation to prevent the spread of the coronavirus from world health leaders is regular hand-washing and good hygiene. But this is out of reach for millions of people around the globe living without sustainable access to clean water, furthering the important link between clean water and public health. Water crises were ranked above both infectious diseases and food crises in the World Economic Forum’s most recent Global Risks Report. In 2020, the lack of access to clean water may make all three equal in threat to the global society. 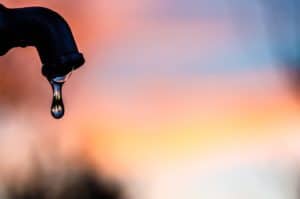 The Central Valley, also known as the Great Valley of California, is home to 19 percent of the world’s food production and produces more than 250 different crops with an estimated value of $17 billion per year. About 20 percent of the Nation’s groundwater demand is supplied from pumping Central Valley aquifers, making it the second-most-pumped aquifer system in the U.S. Still, much of the surrounding communities in the San Joaquin Valley live without clean drinking water, forgoing ground water containing high levels of Arsenic and adapting to life with constant “boil water” notices. With the isolating effects of COVID-19, water shortages stateside have the possibility of becoming even more dire.

In the short term, it has become critical for clean water to reach as many people as possible simply so they may partake in the most basic precautions needed to reduce the risk of infection from the coronavirus. According to an article in foreignpolicy.com, “Improving access to water, sanitation, and hygiene systems could bring down the overall global disease burden by 9 percent and reduce the number of deaths to disease by more than 6 percent. This cannot be achieved when more than 840 million people worldwide currently lack basic supply.” However in places where drought has long preceded coronavirus, innovation has brought hope to many. In Morocco, close to the city of Sidi Ifni in the mountainous Aït Baamrane region, innovative thinkers have found a unique way to relieve water stress, namely by harvesting fog. According to a report from fieldstudyoftheworld.com, “The fog harvesting project is run by a Moroccan non-profit organization called Dar Si Hmad, whose vision is to enable sustainable livelihoods in impoverished communities.” The fog harvesting system works by catching water droplets in a metal mesh net – called CloudFishers. Wind pushes the fog through the nets, where the water contained in the fog condenses. The water then drops into a gutter that is connected to a cistern. One square meter of net collects approximately 22 liters of water per day.

Without a dynamic and coordinated change in our global economic policies to prioritize water for the poor after the current pandemic, current food systems and environments will continue to face further jeopardy and future risks. At a time when public health requires immediate access to basic hygiene and sanitation, it is time to prioritize the most basic human need as the most easily accessed global commodity.

Special thanks to Gino Robustelli, lead coordinator of the beekeeping program at Silo Ridge