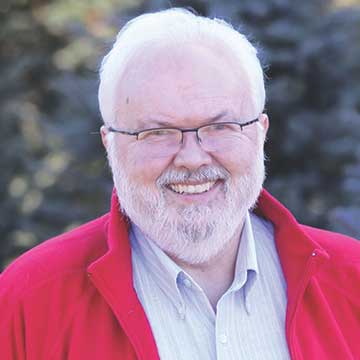 When President John F. Kennedy challenged every American to contribute to the public good by declaring “Ask not what your country can do for you, ask what you can do for your country,” a ten-year old boy in Pierpont, OH heard the call.

“This phrase always stuck with me and was an ideal to live up to,” says David Taylor Ives – a four-time Nobel Peace Prize nominee and resident of Rhinebeck, NY. A global humanitarian, David served as executive director emeritus of The Albert Schweitzer Institute of Quinnipiac University, which conducts programs that link education, ethics, and voluntarism with a mission to create a more peaceful and sustainable world.

He has also served as the senior advisor to the Permanent Secretariat of the Summits of Nobel Peace Prize Laureates, and is renowned for his speeches about humanitarian issues.

David’s book, American Dreamer: Memoirs of a Peace Corps Volunteer in Central America and Beyond, was released in March 2020. It reflects on his early experiences serving in the program, which was founded in 1961 by President Kennedy. Available on Amazon, American Dreamer is the No. 1 release in the War & Peace category. It’s also available at Barnes & Noble and IndieBound.

Becoming a citizen of the world

A family trip to South America as a teenager ignited David’s curiosity for other cultures. Since his father Leland was a pastor, the 1967 journey involved visiting missionaries. The trip took them to Brazil, Bolivia, Peru, Ecuador, Colombia, and Venezuela.

“I found that the indigenous people we encountered in Bolivia and Ecuador to be so different in dress and mannerisms, as to be a source of wonderment and curiosity for the rest of my life,” says David.

After witnessing the harsh poverty in the favelas of Brazil, David was moved by the inequities. Rather than being eager to return to the comforts of his American lifestyle, he found it difficult to leave South America. He yearned to help the people.

His spirit of activism never dimmed. Fueled by compassion, curiosity, and courage, David later decided to join the Peace Corps. In 1980, he began his two-year stint as a community and school gardens promoter in Costa Rica. Working in a remote area, he made arduous trips by horse, dugout canoe, boat, and motorcycle. His task: traveling to 22 rural communities to teach agriculture and nutrition to school teachers, students, and community members.

“I was interested in why people around the world were hungry when there were enough calories produced worldwide to make everyone fat,” reveals David.

While in the Peace Corps, routine daily work intertwined with the many historical and political issues that impacted the region. The many experiences David witnessed while serving there reshaped his views and prompted him to re-examine his family and cultural values.

“Living in a community of people who were not well off is different than driving through a slum area on a tour bus. I got to know families and their problems, and realized that we have more similarities with other folks than differences,” says David.

Throughout his life, David has traveled to 56 countries around the globe. He’s probably one of the few people on Earth who promoted peace on every continent except Antarctica.

Beyond serving the people of Costa Rica, he’s made a profound impact on countless lives worldwide. Closely involved with the peace process in many countries, he says that in many ways, his position at The Albert Schweitzer Institute of Quinnipiac University in Connecticut has been the culmination of his life’s work. He remains dedicated to promoting the values and ideas of 1952 Nobel Peace Laureate, Dr. Albert Schweitzer whose words truly resonate with him.

“The awareness that we are all human beings together has become lost in war and through politics. We have reached the point of regarding each other only as members of people either allied with us or against us and our approach – prejudice, sympathy, or antipathy – are all conditioned by that,” said Dr. Schweitzer.

In Nicaragua, David’s team at The Albert Schweitzer Institute raised enough revenue to save a man’s hand from being amputated. His team also helped a young man in Guatemala walk again after being diagnosed with Guillain-Barré – the same disease David was diagnosed with in 1991.

His many lifetime accomplishments include working with President Jimmy Carter who became an honorary member of The Albert Schweitzer Institute’s Board of Advisors. Other collaborations include election monitoring in Latin America and working on nuclear bomb issues.

In the Hudson Valley, David served as executive director of the Louis Jonas August Foundation from 1989 to 2000. He was involved in Camp Rising Sun – an international leadership training program that taught young people from various cultures and countries to celebrate the richness of difference.

After establishing a program at Quinnipiac University in 2003, which enables students to spend ten days abroad assisting economically disadvantaged communities, David introduced a similar program around 2010 through the Rhinebeck Rotary Club and Rhinebeck High School. He’s still involved with the Club, where he’s been a member since 1990.

David also helped organize conferences with Nobel Peace Prize Laureates for young people around the world. He has served as adjunct professor of International Business, Philosophy, Political Science, and Latin American Studies at Quinnipiac University – a role he’s had since 2003. He is also co-author of Nuclear Proliferation and the Dilemma of Peace in the Twenty-First Century and Reverence for Life Revisited. Other accolades include serving as executive producer of the 2005 Emmy-winning documentary Albert Schweitzer: My Life is My Argument.

David finds inspiration in Nobel Peace Prize Laureates Dr. Muhammad Yunus and Leymah Roberta Gbowee. Yunus is the founder of Grameen Bank, which targets poor women via a microcredit program, and Gbowee is a Liberian peace activist. He also mentions Dr. José Zaglul, the founder of EARTH University, a non-profit dedicated to the sustainable use of the Humid Tropics, as a source of inspiration.

When asked about being a four-time Nobel Peace Prize nominee, David says, “It is such an honor to be recognized in this way for my lifetime of dedication to peace and economic justice for all.”

Reflecting upon his life, he’s found himself wondering at times how someone with roots in a small town in Ohio ended up on stage in Greece standing alongside Nobel Peace Prize Laureate Betty Williams – cofounder of the Community of Peace People in Northern Ireland.

Along the journey from Peace Corps to Nobel Peace Prize nominee, David certainly had his share of struggles to overcome – and that he did.

“My mother was full of compassion for others and it was her life that I was always trying to emulate – and that of my dad,” says David. He credits his mother Dot for motivating him, “to see what was around the bend and to celebrate other countries and cultures.” He remains forever grateful to her for giving him the confidence to achieve his dreams.

As a child, David was diagnosed with polio. Although the doctor told his mother that her son would never walk without an aid, she chose not to share that information with him – a fact he found out later in life. Instead, she encouraged him to exercise and gain strength. David says it was his mother who helped him fulfill his first dream – to walk and play high school football.

“Throughout my life I have had a lot of dreams to accomplish and obstacles to overcome for my family and friends and for the people I met and worked with around the world. I have shared them in any way that I could, and each one was an adventure. Sometimes I didn’t accomplish my dreams and sometimes I did. But more importantly, I think I helped a lot of people to accomplish their dreams in the 56 countries around the world that I have visited,” concludes David.

In his book, he refers to the lyrics of English rock band, Chumbawamba: “If I get knocked down, I get up again. You are never going to keep me down.” After learning David’s life story, we certainly know this to be true. •

To purchase David T. Ives’ books you should visit your local bookstore like Oblong Books & Music in Millerton and Rhinebeck, and Merritt Bookstore in Millbrook, NY.