Columbia County Board of Supervisors Chairman Matt Murell said in a statement made Tuesday that, “since yesterday,we more than hit the number we needed under the plan – the new contact tracers are now undergoing the necessary training for the position. In the next day or two I expect that we will be able to begin reopening under Phase One in Columbia County.” According to State officials Horse and car racing tracks will be allowed to reopen without fans beginning June 1, officials will give out additional guidance in the coming week. Additionally, Governor Cuomo has stated his support of reopening of major league sports without fan attendance. He has not yet commented on the status of minor league sports, including that of the Hudson Valley Renegades. 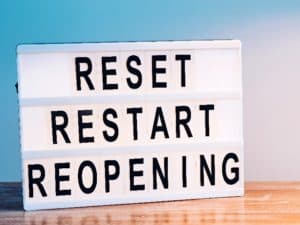 According to the Dutchess County Business Notification Network, the New York State Senate will reconvene for a session starting next Tuesday May, 26. They will be focusing on COVID-19 related issues, including housing regulations, though they have yet to release any agenda. In a press conference held on Tuesday, Governor Cuomo said the State would begin a pilot program to allow visitations to hospitals. If it is successful, officials say the pilot program will be expanded throughout the state. Finally, the Governor said once the downstate regions begin to reopen, the MTA will have policies in place to have the capacity to provide safe commuting services.

Information regarding when a region is eligible to resume business activities can be found at forward.ny.gov.

New York State has recently added a “Reopening Tool,” designed to let businesses know when they may reopen in a particular region. It can be accessed  here

The Columbia County Comeback Committee is available to help navigate re-opening at columbiacomeback.com