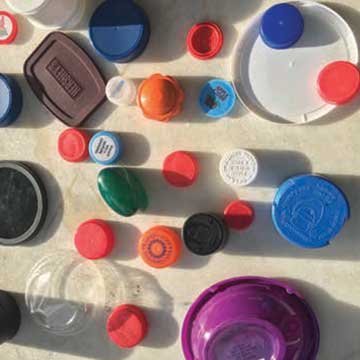 In the famous 1967 film The Graduate, Dustin Hoffman is advised by his father’s colleague at his graduation party to listen carefully to the one word he is about to say: “Plastics.”

Hoffman replies, “Exactly how do you mean?” The reply comes “There’s a great future in plastics. Think about it.” And well he might have, if he had understood the burgeoning future of plastics across the globe, both beneficially and environmentally. Three thousand years ago the Olmecs of Mexico may have been the earliest users of resins by tapping rubber trees to make game balls, but plastics manufacture use and growth has surged just in the decades since 1950, with vast, unforeseen global consequences that now are dramatically apparent. Most human beings have no idea of the scope or the impact.

Plastics are everywhere today, and often have supplanted natural materials (wood, metals, glass, fibers, etc.) and methods for many purposes. Since World War II, when plastics began being utilized for practical military purposes, and subsequently in all manner of products, plastics have become ubiquitous and indispensable in our lives. From toothbrushes we first use upon rising until turning off the lamp knob at bedtime, we have perhaps a hundred or more daily interactions with some form of this engineered man-made molecular creation. Your own list will be very long although we tend not to even think about it: toothpaste caps, toiletries, combs, cosmetics caps, tubes and vials, pens, most switches, fast food cups, containers and utensils, all sorts of packaging and bags, toys, sports equipment, many food and most medicine containers and their colored caps, little labels on our fruit that say Guatemala or Chile, steering wheels, handles, buttons, straws, apparel blends, key chains, swabs, TV remotes, computers, keyboards and phones, tools, flashlights, bubble wrap, diapers, planter pots, signs, binders, electric cords, suitcases, vehicle dashboards, interiors and trim, kitchen utensils, counter tops, band aids, plastic wrap, push pins, FedEx envelopes, hair dryers, small motor gears, credit/debit, insurance and ATM cards, … and 100 trillion plastic bags per year (National Geographic, June 2018).

Plastic and your food

Plastic has become so common and utilitarian that we don’t even think about it. That is the good side: very cheap, discardable, highly moldable, less breakable, attractive in many cases, extremely convenient, lightweight, and often seemingly irreplaceable. New molecules are created by chemists to meet the needs of the designer or engineer. A new product, no problem. Plastics are mostly derived from cracked petroleum and propane feedstocks, then manipulated into kernel-like nodules and resins.

Almost the entire modern food industry is heavily dependent on discardable plastics to wrap, package, contain, protect, label, secure, market, and explain the food we eat (milk, yoghurt, meats, sauces, condiments, beverages, baked goods, etc.) – row after row and category after category. It is the same with non-edible products offered in plastic packages, including those we can barely manage to open.

Ingredients for restaurant food also arrive and get stored in plastic.

Recently, I mused while in a big modern supermarket in Dutchess County, that vast emporiums with aisles full of thousands of packaged SKUs are really markets selling plastic in a myriad of forms, peddling food as the excuse to peddle plastics that start with Exxon. There is just not much that modern consumers can do to avoid plastics, except to grow your own food, shop at farmers’ stands and markets, and bring along your European style natural fiber bag wherever you shop.

The meteoric utilization of plastics worldwide means that several overwhelming problems now challenge us. The larger one is more enduring and insidious, possibly endangering the food and water chain and the health and existence of all living organisms. If the phyto and zooplankton near Antarctica now have nano plastic contamination, they get consumed by tiny krill, which are consumed by intermediate creatures like fish, seals, penguins and birds, increasing nano concentrations all the way up to gigantic whales, which also are being found dying with guts full of plastic bags and unable to eat real food. An Ellen MacArthur Foundation report says there will be more plastic in the oceans than fish by 2050…

You are what you eat

This first danger is molecular level plastics contamination of our food – plastic molecules ingested after having direct contact with the food and beverages we buy that come in some plastic delivery product – beverage bottles, chip bags, ketchup squeeze bottles, prepared sauces and salsas, packaged pastas, wrapped meats, breads in freshness preserving bags, Glad Wrap, BPA-lined soup cans, etc. There is an unknown amount of transfer of molecules that enter our alimentary tracts, and science has not successfully or widely publicized what it knows and we should know. “You are what you eat.”

This is the direct ingestion problem of concern to many eco-oriented people these days (although the European-led anti-GMO public awareness campaign and active opposition are much more widely known, despite being less of an immediate, documented threat than plastics). Plastics nano contamination is the sleeping disaster that could eliminate many of the world’s current species and contaminate the food chain starting with basic plankton – especially human beings.

The second problem is the larger, more pernicious, enduring, and ominous concern: Plastic molecules are becoming as endemically contaminating of the entire food and water chain as the plastic products are in modern life. Most plastics are believed to not degrade, or only over many centuries, although even radioactive remnants do over time. And that means nearly everywhere, with scant chance of escaping plastic nano particle contamination anywhere habitable on the globe.

Sound alarmist? Not really. Scientists estimate that the equivalent of one truckload of plastics is dumped into the oceans every minute of every day. As much as “About 10% of the volume of each fish haul caught is plastic” (The Guardian, June 8 2018).

If you search “plastics” or “nano plastics contamination” or any number of plastics articles, research or statistics, you will see an array of information that will catapult you to a new level of awareness and concern about the issue. The fundamental issue is that the industry has focused on the utility, convenience, and attributes of plastics, but not much industry effort has been focused on determining how we effectively can recycle, reuse, or reconfigure these man-made modern molecules to avoid their hugely detrimental impacts on the world – or even filter out the particles smaller than ten microns in size, which are common and can end up in shellfish and other marine creatures that we eat.

Water, and plastic, eventually all flow down stream

Some efforts, research, and policies have been successful in responding to the basically unrecyclable mega tonnage of discarded plastics. But they are minor and confined to wealthy societies, although plastic is a global product with quite democratic distribution throughout the world. Think discarded plastic bags caught on trees in the poorest countries in the world, and remote beaches littered with bottles and debris. Hospitals and airlines generate vast amounts of plastic trash daily. This spring a river’s flow in Russia was so clogged with bottles that local authorities sent municipal teams to remove the bottles in order to avoid flooding and even more political embarrassment than YouTube already had engendered virally. Many plastics eventually flow toward water and barriers, and losing nano particles along the way that enter the global food and water chain.

There are some bright spots that give hope despite powerful, successful lobbying by the global plastics industry against regulation. McDonald’s and Dunkin’ Donuts have committed to end using Styrofoam and other plastic materials over the next few years. Cities like San Francisco, and Great Barrington, MA, locally, have mostly banned plastic bags in stores, with others considering similar measures. Europeans typically take their own bags along when they shop. Plastic fruit and vegetable bags that readily compost in 180 days (see photo on previous page) are becoming more common in stores like Trader Joe’s, which is German-owned. European regulations generally require that discarded plastics be separated by consumers for recycling. Also many Euro manufacturers are subject to carrying the burden of recycling their products after they are discarded.

IKEA, the global retailer of economical housewares with over 360 stores globally, announced their plan in early June to phase out all single-use plastic from its stores and cafes by 2020, and has financed a recycling plant for plastics, plus taken other green initiatives like solar and wind farms.

Japanese scientists recently have discovered potential commercially viable enzymes in trash dumps that can eat certain types of plastics, breaking the materials down. But once in the ocean, such debris is difficult to capture or recycle and much of it sinks to substantial depths where it is effectively lost forever.

Numerous scientific studies show the waters of the Northeast Pacific Ocean are the most densely polluted in the world with plastics of all possible categories; from bottles, containers, and fishing nets and gear to toys and signs. The larger oceanic Far East and Southeast Asia are the most plastics-contaminated regions in the world. Plastic bags have been filmed by robots at a depth of just under eleven kilometers down in the Mariana Trench. One third of oceanic debris is plastic, with 92% being single-use items like bottles and Styrofoam foam cups used once for a few minutes (see Deep-sea Debris Database). Marine plastic debris is forecast to triple over the next decade. So the world’s oceans are where much of the 300 million metric tons of plastics produced annually come to rest every year, with only about 20% recycled or incinerated. Informed estimates are that 8.3 billion metric tons of plastics have been produced globally since the 1950s (The Guardian).
But fresh water is also contaminated throughout the planet. Plastic beverage bottles recycled into fleece apparel seemed like a bright recycling innovation until researchers later discovered that hundreds of thousands of nano particles are washed down drains each time fleece garments are laundered – too overly minute to be filtered by most existing treatment technologies. Plus, additional particles are expelled into the open air when plastic textiles are machine dried.

Recent reports of both bottled water and beer samples taken in the US Great Lakes region and in Germany, indicated that most contain nano particles of plastics. The same is true in most other countries – even in the remote Himalayas.
When President Trump last year visited Saudi-owned Sabic and Exxon he signed a $10 billion agreement to build a vast new plastics materials plant on the Gulf Coast, just north of Corpus Christi, TX, which will benefit from about $1 billion in US tax breaks. It will produce 1.8 million tons of polyethylene annually, a key plastics input. The new plant will be the largest in the world, and in part supply the expected 40% growth in global plastics production – and debris – over the coming decade.

It’s also falling from the sky

But it gets worse; airborne nano particles are falling from the sky (I kid you not!). Sky, earth, and water are where they come to rest and persist. Concerns about potential harm from GMO products seem so minor when confronted by the certain, visible, current, and ongoing global contamination from plastics.

Remember, there is a large island of plastic debris floating in the Pacific Ocean that is about the size of Delaware – and growing.
The accompanying list (right) provides some modest, practical suggestions for personally reducing, reusing, recycling, and avoiding some plastics contamination, which is a life and earth issue for humans and other creatures of the earth, sky, and oceans.

As Annie Leonard recently commented in writing about the problem, “Recycling alone will never stem the flow of plastics into our oceans; we have to get to the source of the problem and slow down the production of all this plastic waste.” (The Guardian, June 9 2018)

My question is how many decades do we all have to figure this out?