Early Wednseday morning the Dutchess County Sheriff’s Office responded to assist the Pleasant Valley Fire Department at the scene of a reported structure fire with an occupant trapped at the Country Commons Apartments located at 216 West Road in the Town of Pleasant Valley. The first arriving sheriff’s deputies reported smoke showing from the apartment and the trapped occupant was out of the apartment. Investigation by the Sheriff’s Office revealed that a neighbor, Joshua Constable, forcibly entered the burning apartment and began to rescue the occupant who was trapped and yelling for help. Bruce Griffing II and Ronald Rembert, alarm company contactors who were working in the complex, also entered the apartment and assisted with removing the occupant. Mr. Griffing then closed the apartment door which helped to delay the spread of the fire.

Sheriff Kirk A. Imperati said, “By entering the burning apartment under heavy smoke and heat conditions, these three men displayed a selfless act of bravery that led to the rescue of a seventy-one-year-old male from this fire. I commend Mr. Constable, Mr. Griffing and Mr. Rembert for their actions.” Pleasant Valley firefighters, assisted by firefighters from the Arlington, Fairview, LaGrange, Millbrook, Roosevelt, Union Vale and East Clinton fire departments extinguished the two-alarm fire. Mobile Life Support Services transported the fire victim to Mid-Hudson Regional Hospital, and he was later flown to Westchester Medical Center due to his burn injuries.

“Due to the quick response and swift fire suppression efforts by the Pleasant Valley firefighters and the mutual aid departments, they were able to contain the fire to the apartment. The actions performed by both the citizens and firefighters saved lives and property”, said Sheriff Imperati. The Dutchess County Fire Investigation Division and the Sheriff’s Office Fire & Arson Investigation Unit are investigating the origin and cause of this fire. Initial investigation indicates that this is an accidental fire. 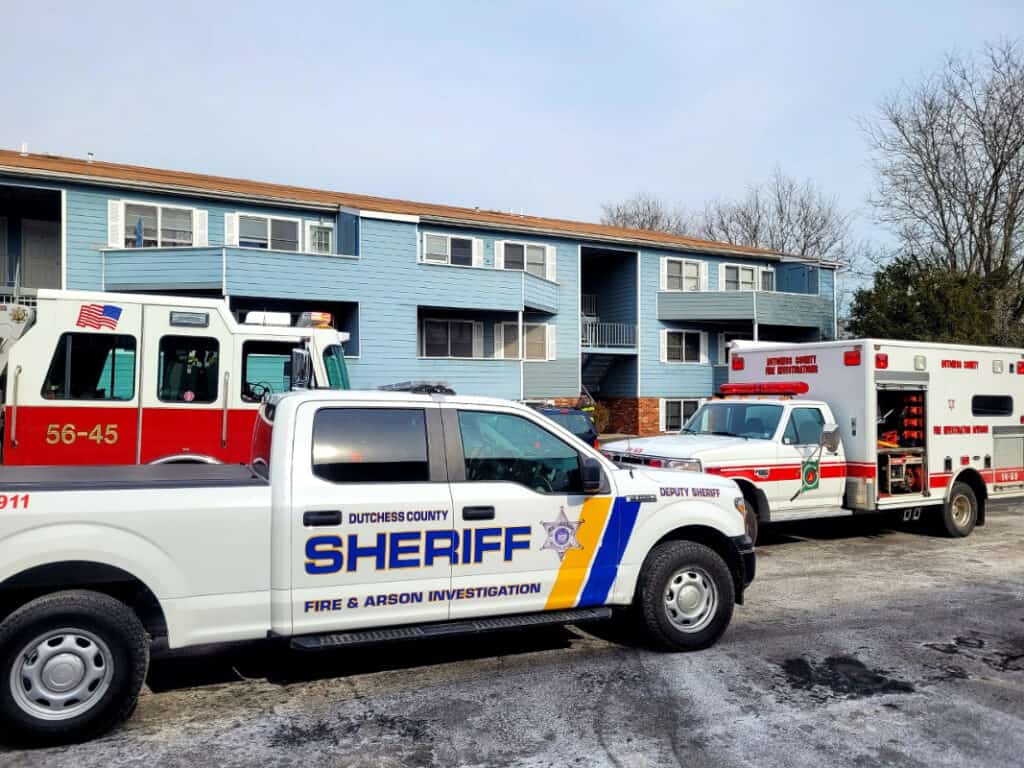