The idea for this entrepreneur story began in 2011 with an article in the New York Times about the modern, prefabricated house next to a cow barn designed by Pilar Proffitt and Robert Bristow in Lakeville, CT (see image on next page). I bought a ticket to attend a Halloween party there just to see the inside of the house. Then in July 2020 another story appeared in Architectural Digest about a very contemporary modular home in Twin Lakes. Both houses were actually constructed by the same company, Segalla TurnKey Housing out of North Canaan, CT. I had to learn more about modular houses and interviewed Bob Segalla who owns Segalla TurnKey Housing with his brother Chad.

When did your father Bob Sr. start this business?

Our father owned and ran a lawn mower shop with our uncle for about 25 years and became intrigued by modular houses. He began a relationship with Westchester Modular Homes in 1979 and gradually grew into a full-time business by 1984.

What is your association with Westchester Modular?

This partnership began over 35 years ago. Westchester Modular Homes “manufactures” the houses and we do everything else. Westchester works with about 80 builders in the region, but Segalla is one of the top five that do about 75% of their volume. Their 110,000 square foot factory is located in Wingdale, NY, and they are the only modular home builders that supply Westchester County.

What part do you play?

We start by working with the owner and often their architect to design a custom home in any style, any size. We prepare the site, drill the well, put in the septic, put in the foundation, pull the permits, and supervise the installation of the home’s components, which are built inside on a factory line and trucked to the site. Our subs do the plumbing, electrical, heating, painting, etc. We are really a general contractor that organizes everything except the factory portion of the house. We’ve built over a 1,000 houses in our area from Pittsfield south to New Milford, the Taconics east to Hartford. About 40% of our business is in Litchfield County, another 40% in the Berkshires, and the remainder in Dutchess and Columbia counties in New York.

What’s the difference between a prefabricated home, a modular home, and a manufactured home?

Prefabricated is the general term for any structure built off-site in a factory. Modular is just one type. Manufactured home are also built in factories but are regulated by federal, not state and local, standards. They are completely different from a custom modular house.

What are the advantages of modular construction over conventional stick built?

Speed, quality, and expense! A modular home is built in a safety-conscious factory in a controlled temperature environment. Modular houses are inspected on the floor as construction progresses so the quality is consistent and meets state and local construction standards. You don’t have delays because of weather and the house is being built while the site is being prepared. Your lumber doesn’t get wet or stolen.

A modular house is built on a level plan and is weather tight. And then there is the advantage that a modular house has 30% more structural framing because it has to withstand transportation to the site, which adds strength to the house. Modular homes are also green because they eliminate the approximately 20% materials waste factor of conventional site built houses. Westchester Modular has only 2% waste and most of that is mulched and used by local farmers. A typical, custom modular house will typically be 15% to 20% less expensive and take less than half as long to complete as traditional construction.

How has modular construction evolved since your business began?

Structurally methods are pretty much the same. What has changed is the ability to customize the structure and design any style building. We can even build large open great rooms. Every job is custom built and clients work with us to design their own dream.  My favorite project is a 15,000 square foot dormitory at The Gunnery School in English Tudor style. The only limitation is transportation. It’s like putting a puzzle together.

Is there any place you can’t put a modular house?

There are certain places with insufficient space. We need a clear area of 30 by 50 feet for a crane to operate. We may have turned away three or four projects over the years because of tight spaces.

Are you busy right now?

With what we’re calling “The Great Migration,” I’m happy to say that we are nearly booked until next summer.  There’s very little for sale and we are seeing a lot of teardowns to build new. Last year we were busy – but this year is our busiest yet.

Is it difficult to find a bank willing to finance modular construction?

Segalla has built a long relationship with Salisbury Bank that our clients benefit from. As construction progresses we receive disbursements from the bank and at the end it’s all rolled into a mortgage for the new homeowner. It’s very similar to construction financing on a stick-built project.  Right now rates from Salisbury Bank are at 2.75%.

What happened to your business in 2008?

Actually that was the year that Chad and I bought the business from our father. We stayed busy throughout the whole downturn and were able to weather the storm. We were very fortunate.

How do you build to code in three different states?

You’re right, the construction codes are different in each state and Connecticut is the strictest. We adhere to the specific code in each state, and sometimes communities have additional requirements. Westchester modular has code update meetings every week.

What is the all-in price range per square foot for a modular home? How long does it take?

For a standard home it would be $180 to $230 per square foot while an equivalent for a stick-built house would be $280 to $300. Once a project is completely defined it should be finished in less than six months. For example we do a lot of institutional work with private schools. If everything is accurately specified and the building is ready to go we can start in June and finish by September when the students arrive.

What were your backgrounds before joining the family business?

I’ve been here for 23 years and after college I worked as a chemist for a biotech company. My younger brother Chad joined 17 years ago – he was a marketing major and worked in Chicago. We both came home to the family business.

Why are there so many Segalla businesses? Are you all related?

I think there are about a dozen businesses owned by Segallas in the area. Our great grandfather came to the United States with four of his brothers in the 1920s from Calvene, a small village near Venice, Italy. They all settled in New York City and then moved north – attracted by the scenery that reminded them of home.

The world is such a small place. A few years ago I visited Calvene with my son and father. We were eating in a restaurant when the wife of the owner came out and hugged us. She knew my cousin Gionna Segalla from Berkshire School.

What do you enjoy most about your business?

Without a doubt it’s the interaction with families when building their homes. It may be the only home they will ever build and we help them realize their dreams. 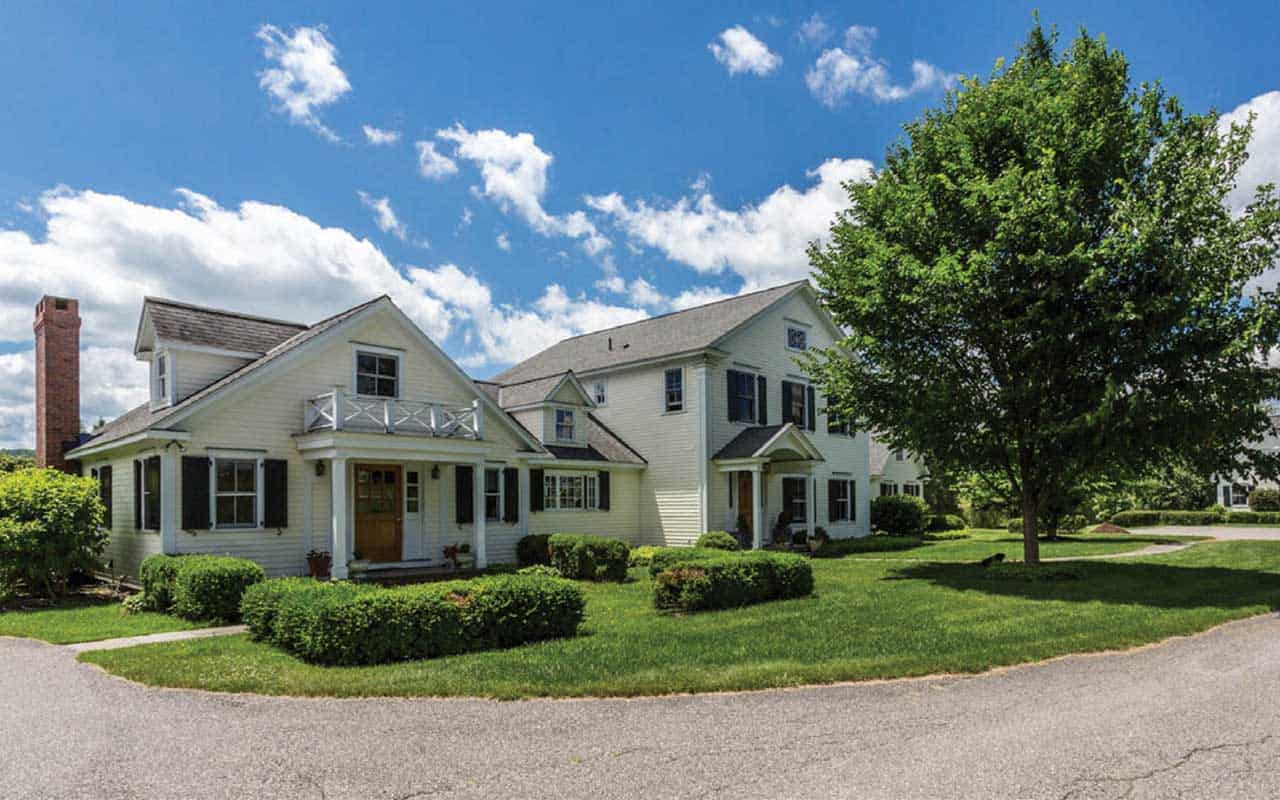 To learn more about Segalla TurnKey Housing, you can visit them at 3 Cemetery Rd, Canaan, CT, call them at (860) 824-0019, or visit them online at www.segallas.com.