Raise your paw if your purrthday is in August!

There are so many August purrthdays in my family, not including my own. Both of my Grandmothers’ purrthdays are back- to-back; August 6th and 7th respectfully. I have a couple Aunts with purrthdays too, and, not to be outdone, my kid sister just turned two years old this past Monday, August 10th.

My parents profess that they’re entering the “terrible two’s” though I’m not sure anything could be worse than my sister’s time spent teething. Poor kid, she’s miserable and uncomfortable as of late. Thankfully, mother tells me after these molars come in teething will be over fur good.

Other than that, I have to admit – she’s a good kid. She’s even learning the most valuable life skill so far — how to brush me.

As fur me, my purrthday is this coming Caturday, August 15th. I need to start counting on my toes now because I’ll be turning 11, which in cat years, I believe, is 55.

Don’t tell my purrents, but I’m enjoying my sister’s company even more these days. Call it a mid-life crisis but, on the rare occasion we have visitors over, I even sneak out furrom my hiding spot to say hi. 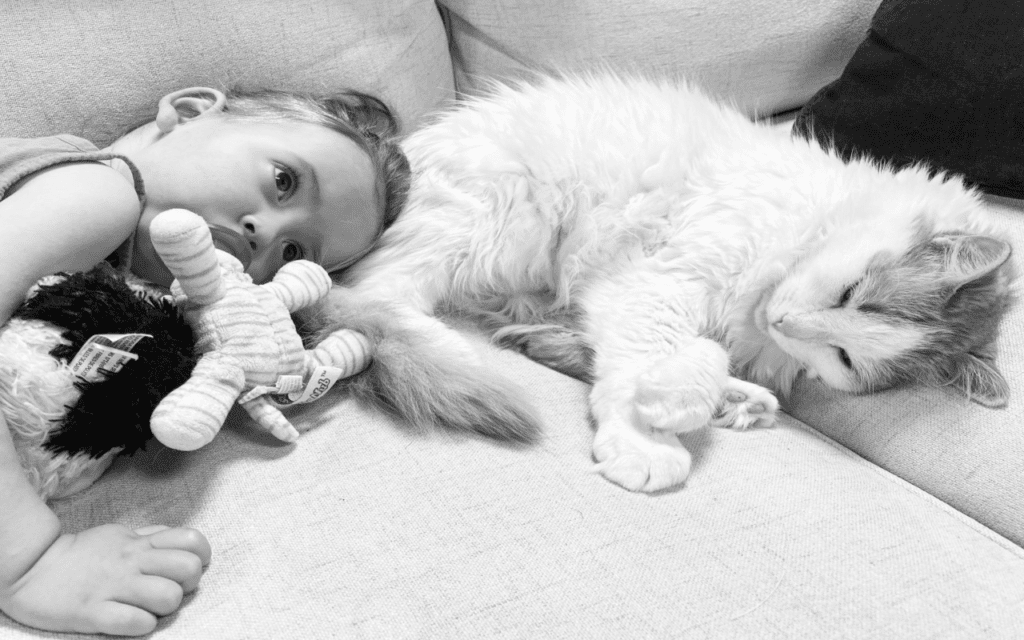