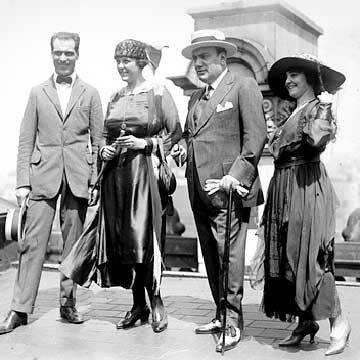 With the news of the advanced Titanic 8K footage, which shows the most detail ever captured of the sunken ship and Titanic: The Exhibition debuting in Manhattan next month (at 526 6th Ave., New York, NY), there’s been a new wave of interest in this intriguing yet tragic story.

Of course, everyone is familiar with the history of the RMS Titanic – the luxurious ocean liner that collided with an iceberg on its maiden voyage from Southampton, England to New York City in April, 1912.

The ship, which was believed to be unsinkable, went down almost three hours after colliding with the iceberg and sank en route to New York. Among the 1,500 people who lost their lives in the tragedy, most of them were crew.

If the Titanic successfully reached its destination, it would have arrived at New York City’s Pier 59 on April 17, 1912. Instead, Carpathia, the transatlantic passenger steamship that rescued Titanic’s 705 surviving passengers and crew, docked at Pier 54 off of West 12th Street on April 18, 1912.

Among the New Yorkers who perished were John Jacob Astor IV (who was referred to as Jack) who was among the wealthiest men in America. His net worth at the time was $87 million, which is the equivalent of $2.2 billion today.

The American businessman, financier, and investor created most of his personal fortune through real estate investments, including the opening of Astoria – a luxury property near the Waldorf Hotel, which was owned by his cousin and rival, Waldorf Astor.

Later, Jack and Waldorf combined properties and created the Waldorf-Astoria New York. Cultural figures, political leaders, musicians, and royalty gathered in its grand spaces and entertained in its opulent suites in Midtown Manhattan.

In 1904, Jack opened the St. Regis Hotel – its name was inspired by the St. Regis Lake in the Adirondacks, NY. This idyllic spot was a popular vacationing destination for the Astor family. He also opened The Knickerbocker – one of New York City’s most luxurious hotels at the time. It is rumored to be the birthplace of the martini.

Along with Astor, Isidor Strauss – a co-owner of Macy’s also lost his life in America’s largest maritime disaster. Another wealthy businessman, Benjamin Guggenheim, who hails from the now-famous Guggenheim family, also perished on this fateful journey along with Henry B. Harris – a Broadway producer who built the Hudson Theater.

The Astors trace their roots back to Rhinebeck, NY. From the early days through today, their legacy lives on.

Born on July 13, 1864 at Ferncliff, the Astor family estate in Rhinebeck, Jack was the fifth child and first son of William Blackhouse Astor Jr. and Caroline Webster Schermerhorn. He was born into an affluent family. His great-grandfather was German-American immigrant, John Jacob Astor, who amassed his fortune through work in the fur trade.

Jack attended St. Paul’s School in Concord and Harvard University. His accomplishments include publishing a science-fiction novel, A Journey in Other Worlds, which was set in the year 2000. Astor also had an inventive side. In 1898, he patented a bicycle brake.

When the Spanish-American War began in 1898, he offered his yacht, the Nourmahal, to the US Navy to help in the war effort. Jack also served in the US Army during the conflict.

Although Jack was married once before to Ava Lowle Willing, he was returning from his honeymoon in Egypt and France with his second wife, Madeleine Talmage Force, when he sailed aboard the Titanic. The newlyweds boarded in Cherbourg, France, with plans to eventually land in Manhattan. Madeleine was pregnant at the time.

During the ship’s sinking, Astor helped his new bride into a lifeboat. He hoped to join her, but was instructed that only women and children were permitted to board the lifeboats. He took note of which lifeboat Madeleine had entered, so that he could find her later. Astor then stepped back to allow others to board.

In The Knickerbocker, Eric Enders wrote: “When it collided with an iceberg, Astor calmly walked to their cabin to inform Madeleine. They made their way to the lifeboat deck, where Astor helped his five-months pregnant wife into a boat. ‘I heard Mr. Astor ask the second officer whether he would not be allowed to go aboard this boat to protect his wife,’ survivor Archibald Gracie IV later testified. The Second Officer said, ‘No, sir, no man is allowed on this boat or any of the boats until the ladies are off.’ Mr. Astor then said, ‘Well, tell me what is the number of this boat so I may find her afterwards.’ Seven days later, Astor’s corpse was recovered by a rescue ship. His pockets contained $2,440 in cash, a few francs and British pounds, and various gold and silver coins.”

Jack’s body was recovered and laid to rest at Trinity Church in Manhattan.

Ferncliff: then and now

The estate that Jack grew up on, Ferncliff Estate – also known as Ferncliff Farm – was a working farm with dairy and poultry operations, and stables. According to sources at Ferncliff Forest, after Jack’s death on the Titanic, his son William Vincent Astor, widely known as Vincent, inherited the estate.

Vincent continued to acquire property, including land that stretched all the way down to the Hudson River. In 1940, the land totaled 2,800 acres. In 1959, Vincent passed away and left Ferncliff Farm to his second wife, Brooke Russell Astor.

A few years later, Homer K. Staley Sr., then president of the Rhinebeck Rotary, asked Brooke Astor if she would donate 190 acres, known as Mt. Rutsen, to the Rotary, so that it could be enjoyed by the community as a forest preserve and game refuge. In 1964, she granted his request, stipulating that the land must remain “forever wild.”

The land is enjoyed by locals and visitors. Open year-round, it offers trails for walking, hiking, and mountain biking. People are also welcome to fish, camp, and ski there. The top attraction is climbing the fire tower to take in views of the foliage and beyond.

Caring for the community

After Vincent’s passing, some of the estate’s land, including the gatehouse, staff quarters, teahouse, and dairy barns became private homes. Another land donation led to the establishment of ArchCare at Ferncliff Nursing Home and Rehabilitation Center on the former estate property. Nestled on 36 park-like acres, this center serves individuals and families from every corner of the Hudson Valley and beyond. According to the Marist Heritage Project, a director at Marist College was friendly with Vincent and shared this story:

“One time Vincent fell suddenly sick, and was taken to Benedictine Hospital in Kingston run by the nuns. He remained there several days, then returned to Ferncliff. He must have been very impressed with the care he received from the nuns, because two decades later, he left the Ferncliff estate to them.

Today it is a residential nursing home for seniors. A special school for developmentally disabled students in Rhinebeck is called the Astor Home, originally run by the nuns, but now an independent corporation.

Vincent’s wife, the late Brooke Astor, was involved in myriad philanthropies mostly connected to New York City, but until her final sickness she maintained her connection with the Astor home.”

As demonstrated, the Astor family has made many contributions to the Rhinebeck community and beyond. Community-based non-profit organization, Astor Services for Children & Families, provides children’s mental health services, child welfare services, and early childhood development services.

It was established in 1953, in response to an initiative of the New York State Department of Mental Hygiene, to create children’s residential treatment programs that would reduce the need for psychiatric hospitalization of children,

The organization’s first home, now the agency’s administrative offices and residential treatment center, was located in Rhinebeck on property that Vincent donated to the Archdiocese of New York.

Several years ago, the Astor Teahouse was placed on the market. A later addition to the estate, it was built in 1948 on the site of William Astor’s original house. In 2013, the teahouse was purchased by Robert Duffy, cofounder and president of Marc Jacobs International LLC., who completely renovated the home. In 2018, it went back on the market.

The Astors certainly made their mark in Rhinebeck, Manhattan, and beyond. When we stroll through Ferncliff Forest, drive down the country roads in Rhinebeck, or visit family or friends at Astor Services for Children & Families or ArchCare at Ferncliff Nursing Home and Rehabilitation Center, we are enjoying their generosity and experiencing an echo of the Astor’s legacy. 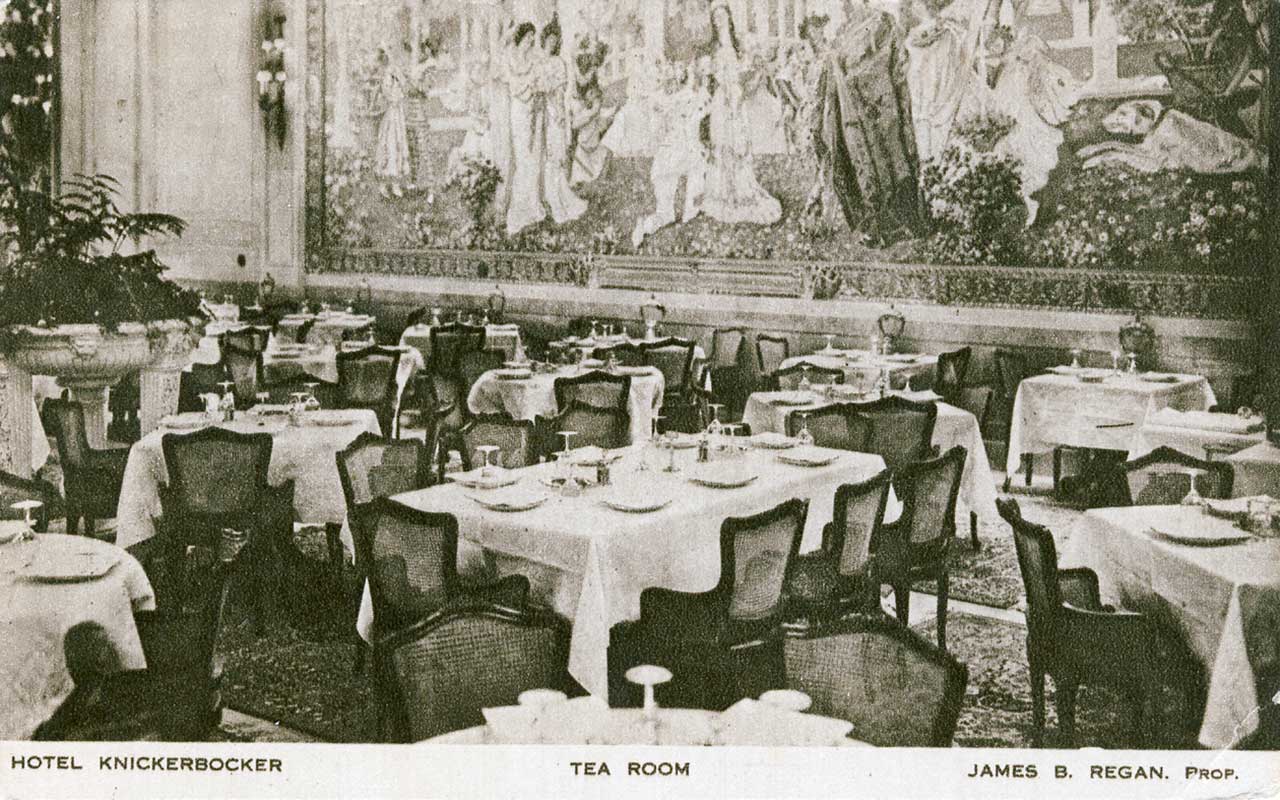