The building that houses the Hillsdale General Store was built in 1852.  The original part of the Hillsdale House dates back to 1797. And the Closson farm’s ice house that gradually evolved into today’s Passiflora was almost certainly a 19th century structure.  So it would be understandable if one assumed that the building nestled between the General Store and Passiflora – today’s Village Scoop – was of a similar vintage.

We were surprised to learn that the building hardly qualifies as “historic,” having been built in the early to mid-1950s by Pete Murdock.  Pete bought the land from Orson Pulver, who was the grandson of Freeland Pulver. Regular readers of this blog will recall that Freeland Pulver ran a store in what today is the Roe Jan Brewing Company.

Pete, originally from Danbury, CT, worked for many years as a welder at General Electric in Pittsfield, MA.  In 1930, he married Florence Beck, a Hillsdale “local” who was the daughter of Fred and Anna Beck.  Fred Beck was a barber here in Hillsdale for many years, but by 1950, when he turned 75, he might have been thinking about retirement. Just a couple of years later, Pete Murdock opened a barber shop on one side of the new building and a hair salon on the other side.

Pete, who continued to work at GE until he retired in 1957, was a barber on the weekends, while his daughters Barbara and Pamela kept the salon open during the week. Pete died suddenly in 1958.  Daughter Pamela continued to operate the salon for a couple of years but eventually moved to Pittsfield along with her mother Florence.

It is interesting that a welder at GE learned to cut hair.  Is it possible that Pete Beck taught him how?  They lived next door to each other.

In any case, the shop sat vacant for a couple of years until the Murdock family sold the building in 1970 to the CW Bostwick insurance agency of Hudson, which had acquired the Roeliff Jansen Agency headed by Bob Hopkins. (Bob and Sally Hopkins are frequent and valuable sources for the Historians.) 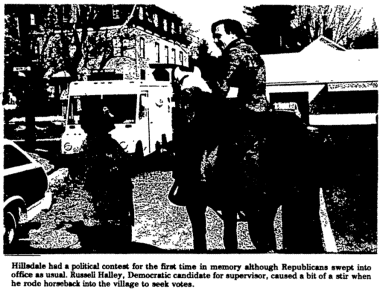 With no further need of the Cullin Square building, Bostwick sold it to Chris “Ozzie” Osswald.  He undertook a major renovation of the building and eventually sold it to Russell Halley. Mr. Halley opened an advertising agency called Ralley Communications, and in 1978 began publishing a newspaper called the Intermountain Express. The free weekly lasted about a year before filing for bankruptcy. In an article in the Berkshire Eagle, Mr. Halley’s lawyer, Philip Agard, said that he was handling all the details of shutting the paper down because his client was on vacation, which may be a clue as to the downfall of the Intermountain Express.

Russell Halley mounted an unsuccessful campaign for Town Supervisor as a Democrat.  He created quite a stir in town when he campaigned on horseback. Mr. Halley was unlucky in business and unlucky in love.  It what appears to be part of a divorce settlement, Lynn Halley transferred her interest in the building to Russell Halley. Both were living in California at the time, she in San Jose, he in Los Gatos.

The building sat vacant for a while until 1984 when Mr. Halley leased it to The American Tattoo Studio, run by Larry Romano. Mr. Romano bought the building in 1990. Mr. Romano already operated 12 other parlors around the country, including Peter Tattoo in Stockbridge, MA. (We’re not sure what the name meant, and we’re not sure we want to know.)

Mr. Romano was the subject of several long profiles in the local press. (Below) is a good example from the Berkshire Eagle. In this article (and another in The Independent), Mr. Romano feels compelled to point out that his customers were not “the sailor, the jailbird and the hooker” he believed people associated with tattoos. Rather, he said, his clientele included captains of industry and fashionable women who drove up in Volvos to get Mr. Romano to cover up the name of an ex-boyfriend. Mr. Romano’s business may have been boosted by the fact that at the time, one could not legally obtain a tattoo in New York City.  They were banned in 1961 after a Hepatitis B outbreak and it would not be until 1997 that you could get legal ink in the city.

The American Tattoo Studio was in business until at least 2005, but in 2010, the building, by then a derelict, was purchased by Kevin Draves and Ken Davis, proprietors of Passiflora. They, of course, converted it from a tattoo parlor to an ice cream parlor, which operated until the COVID shutdown. But like daffodils in Spring, up popped a new sign, signaling a reopening (window service) soon. 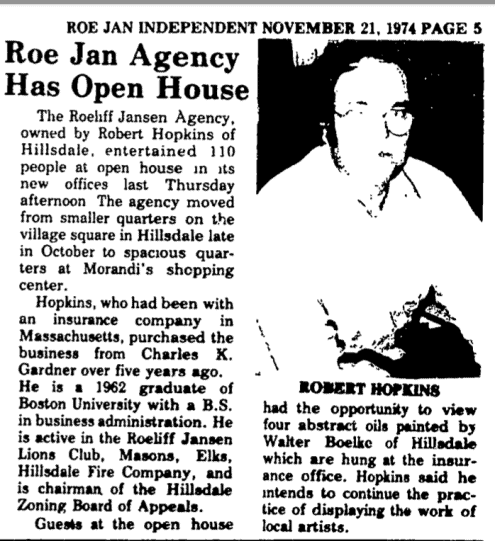 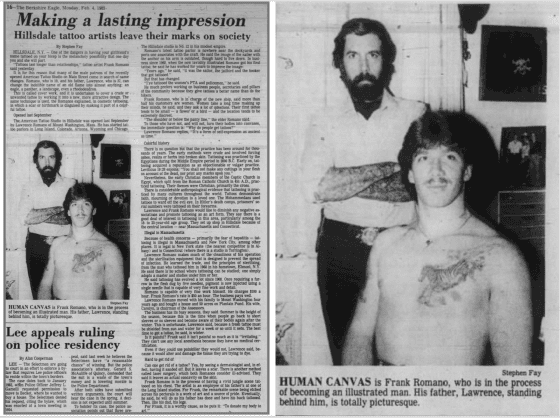 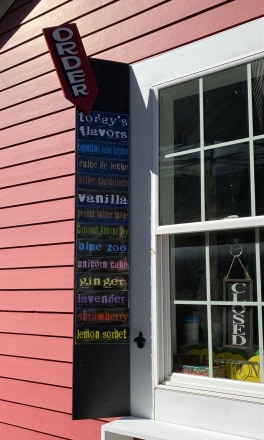