Several years ago, Main Street featured John Dyson and Millbrook Vineyards and Winery which Dyson and his wife started in 1979. Now he has created a new business with his daughter and son-in law – Tenmile Distillery in Wassaic, NY, and once again converted dairy acreage into a destination. It was time to talk again with this entrepreneur and learn about becoming a producer of American single malt whisky, gin, and vodka.

What gave you the idea of adding spirits to your vineyard portfolio which includes operations in Dutchess County, California, and Italy?

Until recently it wasn’t possible to own a winery and also produce spirits in New York State due to prohibition-era laws which were an obstacle.

I had always wanted to make a whisky to honor my Scottish grandfather who was raised on a farm in Aberfeldy in the Highlands. Growing up he learned about farming and distilling and later inspired my own interest in farming. As a boy in suburban Bronxville, my grandfather taught me gardening which eventually led me to study agriculture at Cornell.

In 2017 we were able to purchase the perfect farm property for a distillery which included a converted dairy barn, an event space, and acreage. It was also close to Route 22 and walking distance from the Metro North stop at Tenmile River. Central to our business plan was a location with retail traffic.

Aging whisky takes years so we started out by making small batch, hand crafted gin and vodka which we could sell immediately. In fact, our Sinpatch Vodka just won double gold recognition and our Listening Rock Gin a silver in the San Francisco World Spirits Competition.

We make our vodka very carefully, and because of that it is very smooth and classic. We use the vodka to make our gin, and add botanicals grown right on the farm – so they are full of flavor. It makes an excellent gin and tonic if I do say so myself.

What is the definition of American single malt whisky? What is the Tenmile style?

American single malt whiskey is produced from 100% malted barley by a single distillery in the United States. Whisky is produced all over the world but can only be marketed as Scotch if it is produced in Scotland whether single malt or a blend. Scottish-style whisky is made with barley in Scottish copper stills and a single malt comes from one distillery and is not blended with other whiskies.

Tenmile’s whisky, called Little Rest, is being produced in a lighter, fruitier, Highland-style which has no peat. Smoky-style Scotch, like Laphroig or Bowmore, is typical of Islay in the West.

How would you describe the business of Tenmile Distillery?

I would describe Tenmile Distillery as a destination distillery where you can buy our products and learn about our distilling process. Tenmile is focused on old-fashioned quality, doing things the right way and cutting no corners. We have Scottish copper stills, and hired a Scottish master distiller, Shane Fraser, to create a truly American single malt whisky in the Scottish tradition. We are learning and experimenting as we go. While some single malts use only bourbon barrels imported from the United States, we are trying a range of barrels of much higher quality – Missouri white oak, French oak barrels aged in California, and Italian Vin Santo kegs to sample the taste differences. We will probably also rebarrel some of our Scotch after three years to see if the taste changes after four or five years.

Is creating a distillery more difficult than a winery? 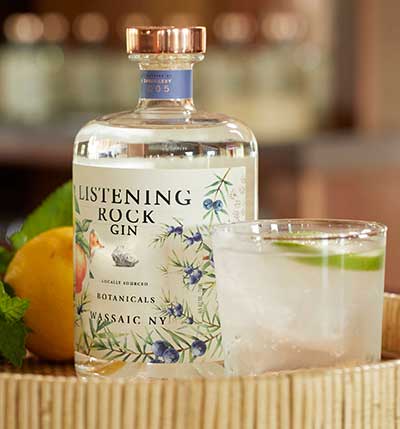 There’s a huge difference. With a winery you can start out small and grow slowly as your business builds, but with a distillery you have to start with a full-blown operation. You must buy and install the stills, equipment, fermenting vessels – everything before you produce one drop of liquor. Of course, on the flip side, you also don’t have to deal with the difficulties of growing grapes in New York State. One friend who understood the scope of the investment said, “This effort is no fooling around, everything is A+.”

What costs so much?

Well doing things the right way always costs more. We have been very careful about the production process, our equipment, the ingredients we use – making sure the barley and wheat are local. We have the best people at each stage of the process, and we think it will show in the end result. Even our wood program would not be possible for a larger producer because of the expense and sourcing of the barrels. From malting through distillation, everything we do takes longer.

What was the biggest surprise?

It has been great to find all the local craftsmen who have worked on the project. Marc Angot and MJS Electric, August Freemann of Unlimited Metalwork, Matt Burra of Westco, Plumbers Lou Spagnola and Kent Theussen, Silvano Boscardin, Troy Boiler, Tri-City Insulation, Harry Basil of American Curtain Wall, Robert Weaver, and Chris Haviland of Haviland Maison all did amazing work for us.

How much can you produce?

Our current operation allows us to produce 110 gallons a day – that’s about two barrels of Whisky. Right now, we are distilling four days a week.

What about the rest of the Tenmile team?

Joel LeVangia is my right-hand man and part owner. He’s the general manager and in charge of operations. Eliza Dyson, my daughter, is director of brand. Shane Fraser is our Scottish master distiller and lives onsite. At the distillery we have a crew of about eight with more on weekends to handle tours and tastings. Our New York City media expert who specializes in food and drink has been very helpful.

Where can you buy Tenmile products?

Our Little Rest single malt will not be released until 2023, but you can sign up at the distillery to reserve a bottle. You can also take a free tour of the distillery and taste all of our products. Our first release of the whisky will be around 6,000 bottles. Our gin and vodka are available for sale at the distillery and also at over 80 retail liquor outlets in New York State. We have a full list of where Tenmile is sold on our website. You can also enjoy the gin and vodka at local restaurants like Troutbeck and Champetre or Daniel Boulud’s restaurants in New York City.

We will be hosting some different events at the distillery this summer, such as Supper Club nights with our wonderful chef Eliza Glaister. Our goal this year is to get people coming to visit, tasting our delicious cocktails, and getting everyone excited for the first release of our special whisky this coming Spring.

Tenmile Distillery is located at 78 Sinpatch Rd, Wassaic, NY, or you can visit them online at www.tenmiledistillery.com 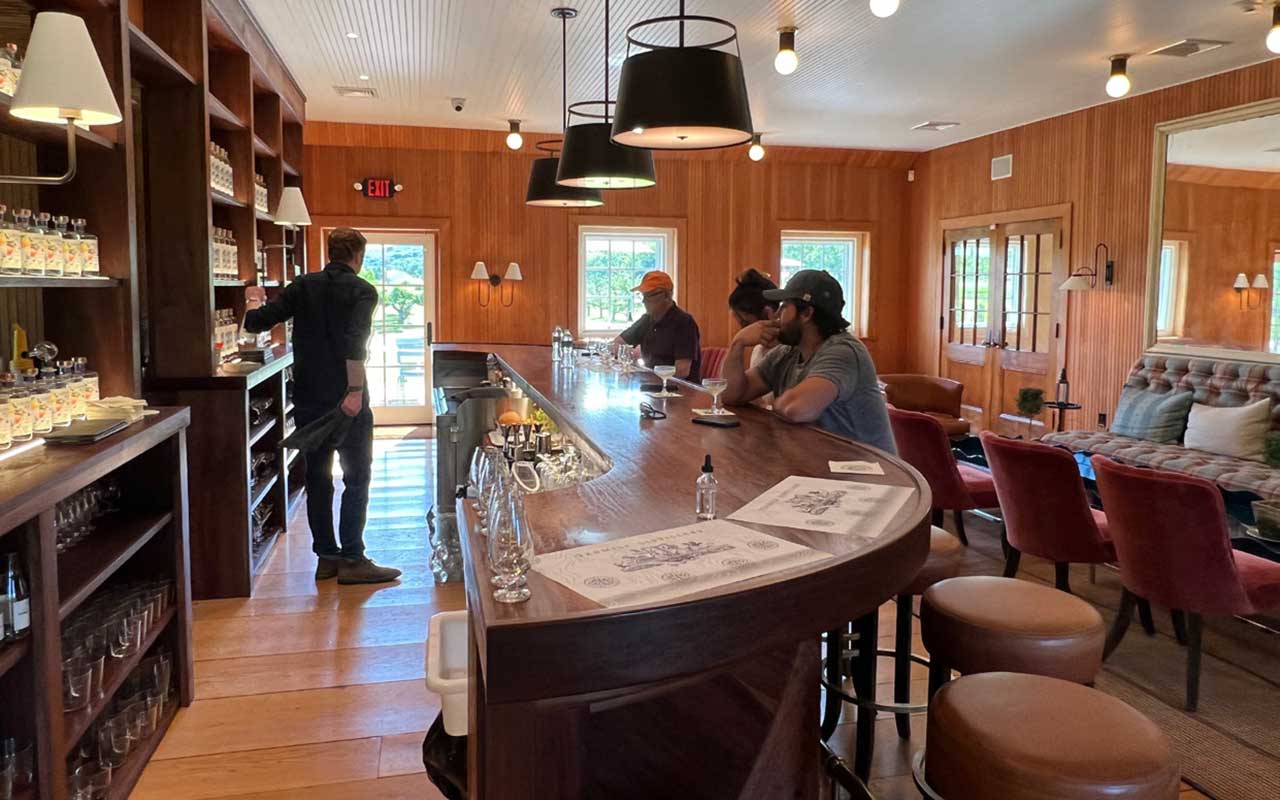