SEL-Why is My Kid’s School Teaching About Emotions? 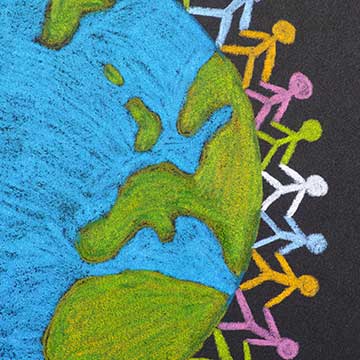 Consider the following exchange I had with “Joe,” the owner of an unnamed inn in the western Adirondacks:

It was roughly 9am, and I was waiting for Joe’s wife, who served as hostess, waitress, chef, and (remarkably, still) a charming bartender, to put the finishing touches on the meat lover’s omelet that I had ordered nigh on an hour earlier. It happened to be Joe’s birthday, a coincidence he downplayed by pointing out that he was still “working,” an evident euphemism for ensconcing himself at a nearby table and launching disquisitions on whatever topic arose by virtue of his guests’ resumes. In my case, it was education.

Joe bemoaned the inability of young people to tell time on a traditional clock. He lamented the abandonment of cursive script. Had I nothing to do the rest of the day, he would have assayed his theories about the importance of learning Latin.

I find myself in these situations often. I doubt that principals in China find themselves pigeonholed by would-be curriculum experts, but everyone in America has a perspective about what ought to be taught in public schools. The notion of a free public education is foundational to a democracy and is more native to our society than the notion of free public healthcare (think about that one). It also entitles everyone to have an opinion on what schools should be teaching.

The Joes of the world

Debating the Joes of the world would be as Sisyphean an endeavor as trying to win him over to a Bitcoin economy, so I resigned myself to listening and mentally marshalling my retorts as he pontificated on the ignorance of younger generations. But the truth is, Joe’s business is dying. In between taking our omelette order and retreating to the kitchen to serve as her own sous chef, his wife deposited a photo album on our table that told the tale of halcyon days when snowmobilers encamped by the dozens and Joe was still a robust and active presence. Back then, cash was king, and word-of-mouth served well enough to keep the inn full. If I were to ask Joe to add an online booking feature and digital inventory management to his repertoire, he would seek out the first twenty-something college grad who would be willing to live in the middle of nowhere and push the whole enterprise onto them.

I suspect the Joes and I might share some common ground, however, if we could get past the trivia that each of us thought worth teaching and could discuss the common values that grease the treads of not only an economy, but a society. When Thomas Jefferson & Co. set us on the road to free public education, they prioritized literacy, but they also indicated the importance of moral instruction and self-government as qualities that could be installed in all citizens and, more importantly, that were necessary to the perpetuation of democracy. Just to successfully coexist in a single classroom with a handful of developing humans, teachers must draw upon a common set of values for conduct and interaction that eventually become habits among those who enter into that social contract, making resilience, problem-solving, self-management, creativity, and the like part of a code that we may never realize we are transmitting in a classroom, but that underlie all of the interactions.

What transpires between teachers and students is called curriculum, and by definition, curriculum prescribes a series of academic lessons that should inculcate youth and result in vigorous, sophisticated citizens who will be able to wheel us around the nursing home and pay their taxes on time. This curriculum necessarily changes to meet societal needs, so although schools today don’t generally spend much time learning Roman numerals just to read the inscriptions on old buildings and guess what Super Bowl is being played, we ought to be teaching them how to use spreadsheets.

In most schools, curriculum is accessible or rather evident: it is sometimes published, and always outlined in Course of Studies guides and board policies, and we all have some idea of what will be taught in a Biology course, even if we don’t take the time to scrutinize the particulars. Since there have been schools, however, there has existed a hidden curriculum that scaffolds classroom and school practices, undergirding student success in school and, arguably, later in life.

When young Johnny and Tommy get in a spat at recess, a teacher will reinforce the values of sharing, negotiation, communication, and empathy because they are important qualities to develop in human beings. The teacher may not explicitly articulate those values, but they are a part of the lesson. Later on, when a student rewrites an essay, they are not only improving their learning, but also being rewarded for their diligence and self-advocacy. None of this has been traditionally codified in a curriculum, but that is starting to change.

Even before the pandemic, functional magnetic resonance imaging, or fMRI, was impacting our understanding of brain activity and learning, specifically in terms of the interplay between emotions and learning. The first and most immediately accessible part of the brain, the hypothalamus, located at the spinal cord and responsible for base needs and responses, admits learning and emotions to the limbic system, which then sorts information like a mailroom, comparing and contrasting incoming information with previous learning. Emotions and learning channel through the same organs, the hippocampi, which is why pouty third graders won’t learn anything until they can set aside their anger at the classmate who stole their crayons.

Enter the Collaboration for Academic, Social, and Emotional Learning, or CASEL. In 1997, CASEL paired with the Association for Supervision and Curriculum Development (ASCD) to draft a set of guidelines for educators that promoted the pairing of social and emotional learning. This effort, now approaching its twenty-fifth anniversary, has gained traction in the past few years, and especially since the advent of cell phones and their ubiquity in the hands of teenagers.

By this point in this essay, it should be clear that Social and Emotional Learning, or SEL, is nothing new, but being transparent, explicit, and strategic in how we instruct in these qualities is a recent innovation. A few programs are leading the way in organizing SEL instruction around the five general themes set forth by CASEL: self-awareness, self-management, social awareness, relationship skills, and responsible decision-making.

Some districts have adopted the RULER program, an approach created by a team from the Yale Center for Emotional Intelligence and its Director, Dr. Mark Brackett. The mere existence of a Center for Emotional Intelligence suggests the prominence of this scholarship at the college level, and Dr. Brackett conducts a kind of Chautauqua on emotional intelligence that employs the RULER acronym as a mnemonic for coaching emotional learners: Recognizing, Understanding, Labeling, Expressing, and Regulating.

Brackett designed RULER to teach students how to recognize and process emotions, starting with the physical sensations – increased heart rate, tightness in the chest, sweaty palms – that represent our body’s response to emotionally-charged situations. In RULER workshops, participants actually engage in noticing these phenomena so the adults can empathize with what students will be asked to do, and it is an intimate and comprehensive approach that encourages systemic and developmentally-appropriate adoption by an entire district.

A less programmatic approach is Habits of Mind, developed by Drs. Bena Kallick and Art Kosta, who identified sixteen habits that characterize how humans overcome challenges. While the sixteen habits are immutable, their universality lends them to applications in every subject and at all levels of development. “Communicating with Precision and Clarity” is a prerequisite for success and a hallmark of emotionally mature people, and “Persisting” could apply to working out a math problem or redesigning a science experiment to produce the desired results.

Both RULER and Habits of Mind require teachers to “layer” SEL on top of academic instruction, but in ways that just make sense. In preparing a lesson on Romeo and Juliet, a teacher would anticipate the challenge of learning Elizabethan English, so they might provide opportunities for students to prepare for the challenge, rest points to process their frustration, and celebrations of their accomplishments that reward their persistence. Gym teachers are more likely to include team building exercises in class instead of basketball, where native athleticism can trump teamwork and erase the impact of instruction in the fundamentals.

But back to Joe…

Although his overwhelming loquaciousness prevented us from having a real dialogue, Joe and I would certainly agree on the importance of these values. “Managing Impulsivity” is essential to appropriate conduct, and “Applying Past Knowledge to New Situations” respects the value of history and expertise in ways that would make even a Stoic proud. Rather than bury these values in Codes of Conduct and disciplinary harangues, SEL provides a vocabulary and an approach for instructing students in how to talk about their feelings and behaviors in constructive ways, and by making them part of our curriculum, the values are transparent for students and parents alike.

As I consider them now, I see opportunities for practicing some of them in the very interaction I had with Joe, where empathy and communication broke down, leading to frustration on my part while listening to his educational and quasi-political diatribes. If we are going to heal the divisions that characterize our country today, our citizens will need better tools to do so than he and I inherited. 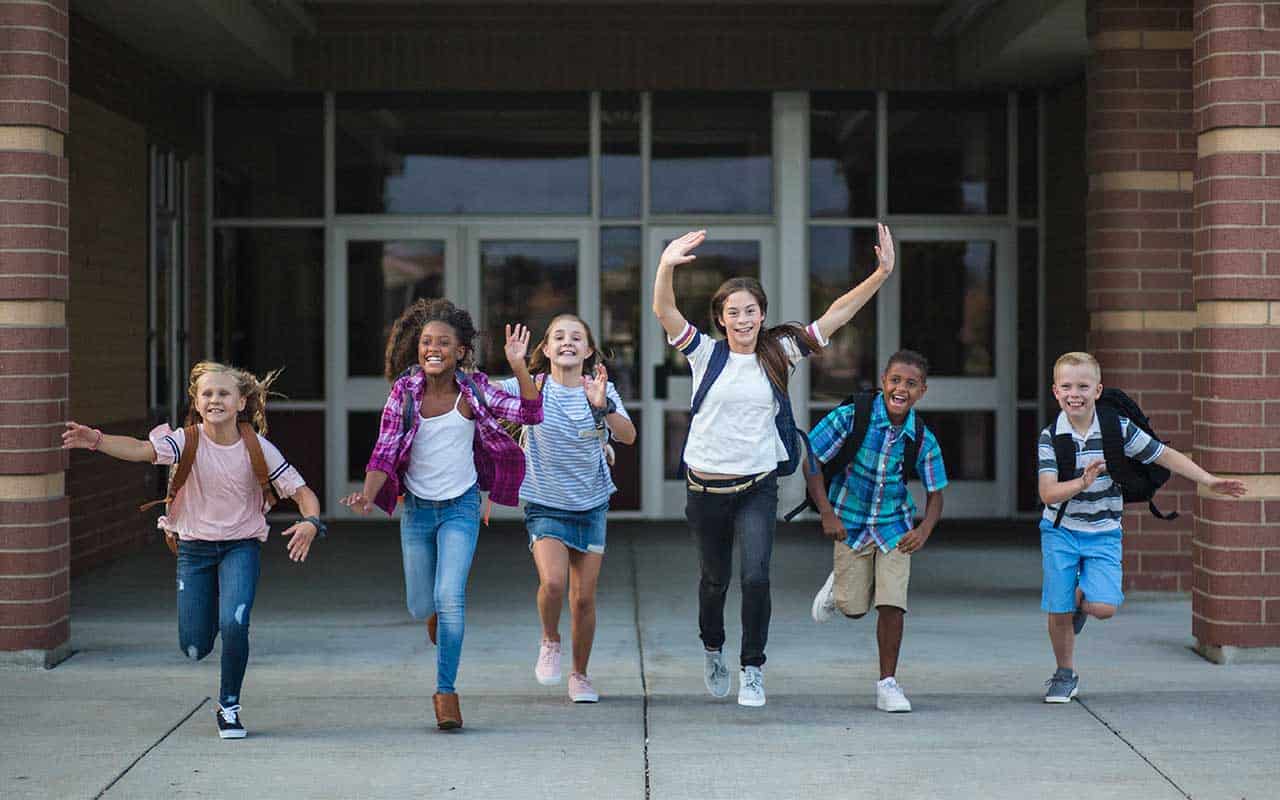