I don’t have a southern accent, but I feel obligated to say this; Happy furrst day of fall, ya’ll!

I was really hoping summer would stick around just a little bit longer. You might not know this about me, but despite being a pampurred indoor kitty, deep down I’m a big nature guy. Aside furrom watching the birdies make nests and lay eggs, I think its purretty fascinating to observe all insects that go along with warmer weather. Ya know, I enjoy seeing what all the buzz is about.

I’ve witnessed carpenter bees master the art of making man glitter; aka saw-dust. Oddly enough, Dad isn’t a fan of these guys. I thought they had a lot in common given there similar purrfessions? Huge spiders minding their own business, making a web the size of my curled up, cat-napping body. Fur some reason mosquitoes just seem to love Mom. She claims it’s because she’s made of sweet meat. Not sure if that’s actually a thing, but if you say so, Ma. Ants seem to be Ellie’s least favorite. Not sure why, but she always tries to squish them when they are in the way of her drawing primpresses on the walkway with her chalk.

If you’re a true bugs-man like myself, sometimes you get to feast your eyes on some really cool bugs and even chatter with them as their passing by. Take this guy fur example. I believe the purroper name is a Phasmatodea, but it’s more commonly known as a stick-bug or walking stick. It’s not evfurry day you get to see an insect like this, but he’s been hanging out on the screen door fur a few days now. Not sure what he’s sticking around fur? Pun intended by the way. He doesn’t say anything. Cat’s got my tongue, not sure what his excuse is? We do howevfurr have the staring contest down. So far he’s 5-0. Stick man has some serious skills!

Just furr the record, I would nevfurr hurt a fly! 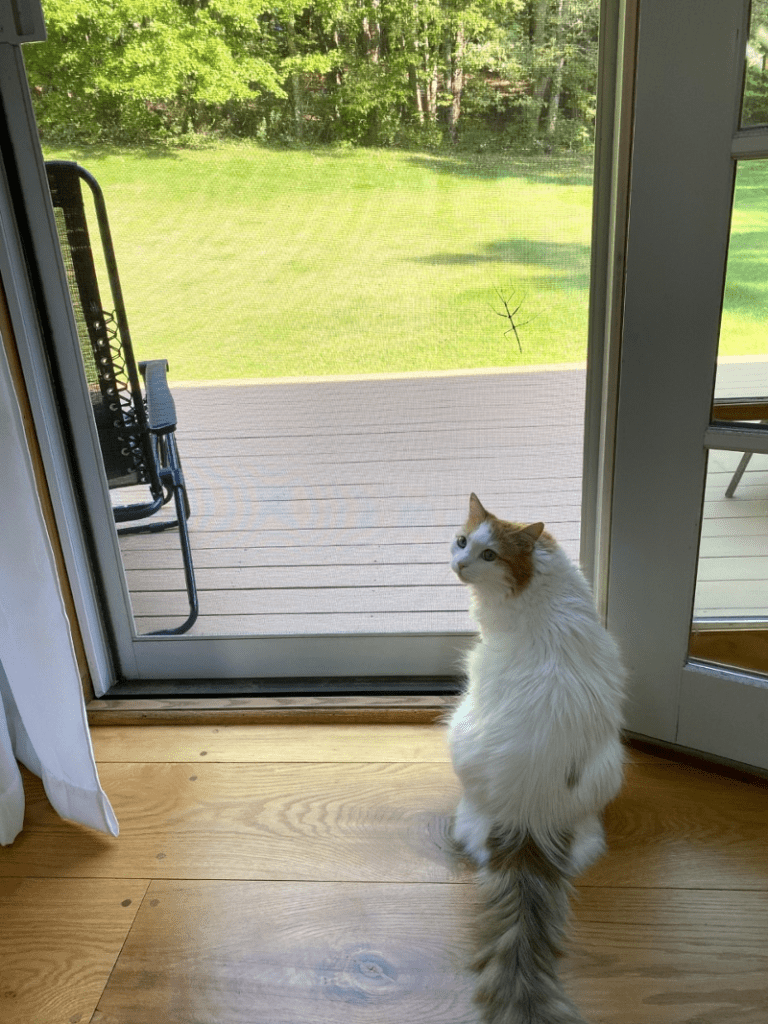