Ever since dining at the Gandy Dancer restaurant in Ann Arbor, Michigan’s train station and then visiting small town stations while running a travelling educational art program, the buildings beside the track have intrigued me. It seemed natural to think about this topic again for Main Street’s transportation issue.

Rail lines have been ripped up and train companies have gone out of business, but many of the buildings bordering the tracks are still standing and have been saved and repurposed all over the world. In Europe many have been transformed into museums. The Gare du Musée D’Orsay, which opened in 1900 as the first electrified terminus, became a museum in 1986 housing the world’s largest collection of French Impressionist paintings and some of the longest waiting lines. The Hamburger Bahnhof in Berlin built in 1846 was the former terminus of the Hamburg-Berlin Railway and reopened in 1996 as Berlin’s lively contemporary art museum.

Closer to home, New York’s Grand Central Station, the world’s largest measured by number of platforms, has replaced long waiting room benches with bustling retail, restaurants, Christmas fairs, and special events. Jackie Kennedy Onassis and the Supreme Court saved Grand Central from demolition in 1978 in the case of Penn Central Transportation Co. vs. New York City. Justice Brennan wrote the opinion upholding New York City’s Landmark Preservation Law, which was written to protect Grand Central and historic buildings nationally. Landmarked train stations, as well as other endangered historic structures, across the country, were protected from the fate of Penn Station, which was demolished in 1963 to make way for the construction of Madison Square Garden.

But what about the modest rural stations, depots, freight buildings, and other structures along the tracks in our area where rail service has largely stopped? You can find these buildings in almost every hamlet, village or town if you follow the train routes. Today some seem to be sitting in the middle of nowhere like the abandoned Copake railroad building at the intersection of County Route 7A and Route 22. With over 2,000 feet of road frontage and an open eight acres, it is currently listed for sale at $49,000. It does need work though…

Some buildings stand empty, like the station in Lakeville owned by the Town of Salisbury, waiting for a new use. Others have completely disappeared, like the train station in the center of Millbrook, but the auxiliary buildings surrounding the station have new uses. Millbrook’s former freight depot is now the Merritt Bookstore and the railroad’s grand administration building is the home of the Bank of Millbrook.

The citizens of Hopewell Junction revived their own town’s train heritage when a group of private citizens formed the Hopewell Depot Restoration Company in 1996 to restore the station destroyed in a blaze set by an arsonist a decade earlier. Sixteen years later, the Hopewell Depot Visitors’ Center opened. A history museum followed in 2013, which includes written records, photographs, oral histories, and physical artifacts like milk bottles from the Borden’s milk plant, which was located next to the station.

By 2016 a replica of the 1892 Interlocking Tower S-196 was added. This resurrected train station has become a tourist and educational destination in Dutchess County, especially for train buffs, and the pride of the town.

Some stations along the milk run to New York City have been transformed into private homes, like 396 Sharon Station Road, which sold, already renovated, to weekenders in 2011 for $660,000. The New York Central built the 2,500 square foot station with 13’ ceilings in 1875. The space of many old stations like this one can have an appealing loft-like feel and railroad platforms make great decks.

With visible locations in the heart of town and lots of parking spaces, old stations especially lend themselves to a new life as a restaurant. In fact, before the advent of the dining car, restaurants were an important feature of large train stations like the newly restored depot in Canaan, CT.

The Housatonic Railroad arrived in Canaan in the center of North Canaan in 1841 and a grand union station was built in 1872. Passenger service was discontinued in 1971 and when freight service shut down in 1974 the station was closed. FYI a union station is where two or more separate railway companies share tracks and facilities.

After the Gothic-style station was damaged by fire in 2001, local citizens raised funds and secured a two million dollar plus grant to create a railroad museum and retail shops. Great Falls Brewery now operates a taproom in one wing. As one Canaan resident said, “So great to see the old railroad station renovated and occupied by a local business.” And best of all, a train rumbles by every once in a while.

Depot Six in West Stockbridge, MA, is a stellar example of a transformed train station, allegedly the oldest in the Berkshires, now operating as a coffee roaster and café, store, and gallery. On Friday nights it’s a community place with guitar, backgammon, chess, and long communal tables. While Canaan’s Union Depot was a historic renovation, Depot Six gave its station a modern makeover with a cool vibe, but its railroad ancestry is very apparent.

From the Matanuska Valley Colony Community Center in Palmer, AK, to the Radisson Lackawanna Station Hotel in Scranton, PA, to the farmer’s market in Beacon in Southern Dutchess County, train stations have regained their status as vibrant centers of their communities. As you travel around, see whether you can find them. They may be hiding in a lumber yard or have turned into a charming florist shop. Perhaps an underused one will catch your eye and give you an idea to start a new business. The key to preserving old buildings is to find new uses for them. 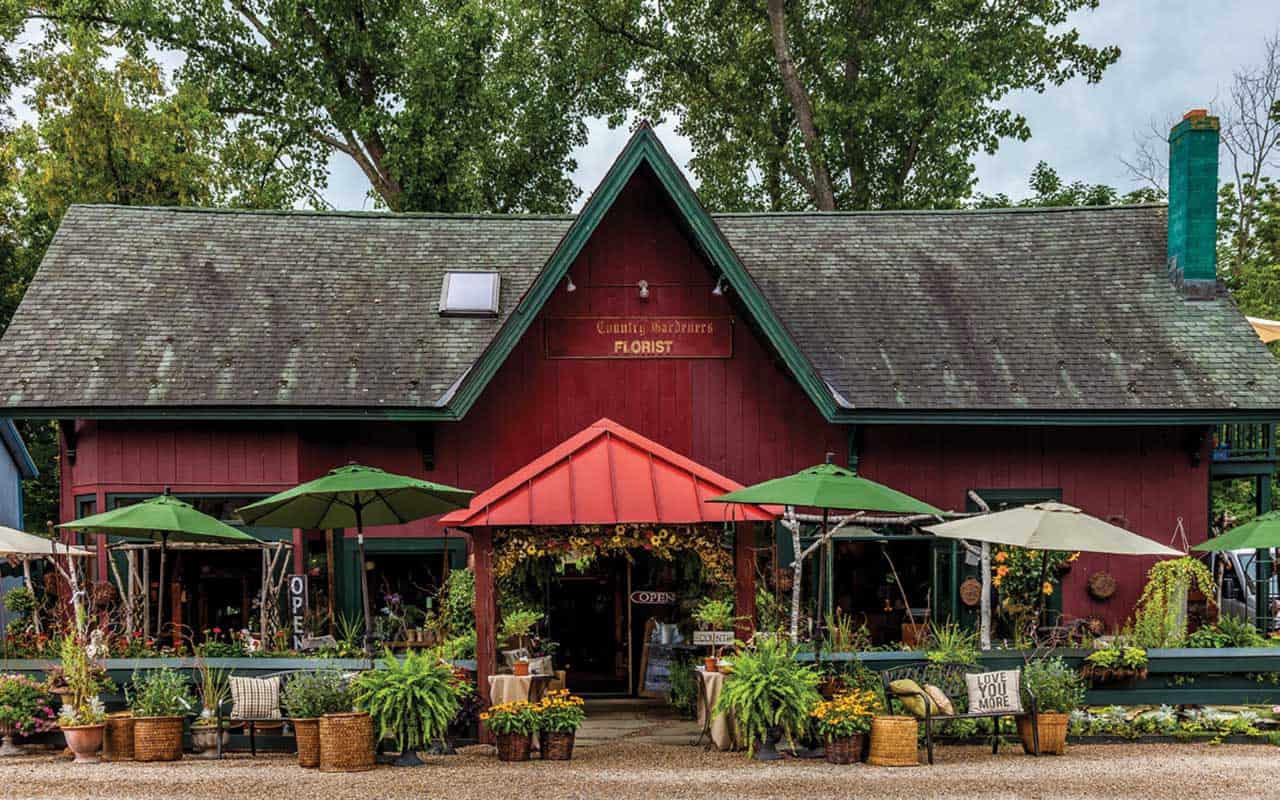