The Dutchess County Sheriff’s Office is investigating several larcenies from vehicles, three vehicle thefts, and an attempted burglary all occurring in the north eastern Dutchess County Town of Amenia as well as the Village of Millerton.

Each incident is reported to have occurred recently during the late-night and early-morning hours, and in each case the perpetrators have targeted vehicles that were unlocked with the key fobs inside or accessible. The attempted burglary occurred at Elizabeth’s Jewelry Store on Route 44 in Millerton late Thursday evening. During that incident, damage was done to the building however no entry was gained and it is believed the perpetrator(s) fled once the alarm sounded. At this time it is believed that the attempted burglary is unrelated to the other auto thefts. 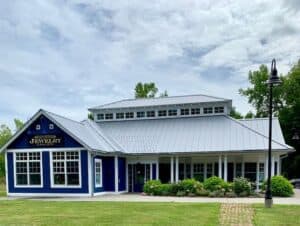 According to authorities, these thefts are thought to be part of a large organized out-of-state crime ring, and the perpetrators should be considered armed and dangerous. In a statement issued yesterday, the Dutchess County Sheriff’s Office said they, “would like to warn residents to always lock their vehicles, never leave valuables or the keys/fob inside, never leave the vehicle running unattended, and never confront the perpetrator(s) yourself as they should be considered armed and dangerous. If you observe a suspicious person or someone attempting to commit one of these thefts, please call 911 immediately and let law enforcement handled the matter.”

The Sheriff’s office says at this time there is no suspect description and further information may be released as it becomes available.

Anyone with information is urged to contact Detective Wilber at 845-486-3826 or bwilber@dutchessny.gov. Information can also be provided via the Sheriff’s Office tipline at 845-605-CLUE (2583) or dcsotips@gmail.com, and all information will be kept confidential.