How long has the year been? How deep the winter? We have plumbed the depths of streaming videos, watched endless re-runs of programs we once loved, learned how to squint at a computer screen to watch dancers, tiny and flickering … and longed to be present, to be in the moment, to be consumed with the experience of theatre, music, dance.

As spring morphs into summer in the Tri-state area, the memories of summers past come into focus and we remember sitting on the lawn at Tanglewood, patiently waiting as the parking lot at Sharon Playhouse clears on an August night or checking the GPS to see how close we were to Shakespeare & Company in Lenox, MA.

COVID-19 has changed many of the rhythms of life, and the summer delights of dance, concerts and live theatre in the region are not excluded from the erratic beat of our metronome. But, with eager anticipation, we have been presented with a view of the “new normal,” or at least the current normal of 2021.

Live performances are back, and although the summer is not jammed to overflowing with events too many to schedule, the offerings are energizing and not to be missed.  Advance planning is highly recommended since the mindfulness of the venues to the health and safety of both performers and audience will have an impact on the number of tickets available for each event.

Kate Maguire and her seemingly unstoppable team of dedicated staff and volunteers made headlines around the world when Godspell broke the creative drought last summer to great acclaim. Under a tent stretched across a parking lot adjacent to the Colonial Theatre in Pittsfield, the musical was performed as a ballet of characters moving between safe spaces, a band placed off stage at a responsible distance and seating managed in socially distanced clusters.

Tents are back for the 2021 season and the immense amount of creative energy and determination (“There’s got to be a way to feed our souls!”) that Kate and company invested in 2020 will pay audience dividends in 2021. “This was the most important thing I’ve done in my life,” offered Maguire as she reflected on both Godspell and the winter production of Holiday Memories outside at the company’s Stockbridge campus.

There’s almost poetic irony in the title of the first offering for the Berkshire Theatre Company which will be staged under a tent behind the Fitzpatrick Main Stage on the Berkshire Theatre Festival grounds in Stockbridge. The Importance of Being Earnest is one of Oscar Wilde’s most celebrated plays – a comedy that will bring one of the most critical elements of societal recuperation to the fore – laughter.  The play runs from June 18 to July 10.

With a rich tradition of education and nurturing young talent, the summer will also welcome The Wizard of Oz to the tented outdoor stage at the Colonial Theatre in Pittsfield with performances presenting school children from the area from July 23 to August 18.

Music was the soul of Nina Simone and the August 13-through-September 5 production of Nina Simone: Four Women in the courtyard at the Unicorn Theatre in Stockbridge will complete the summer cycle. Live concerts have been a staple of the Group’s Pittsfield offerings, and they will continue on the outdoor stage through the summer. Checking with the company website – berkshiretheatregroup.org – will unveil all the options.

When the pandemic shuttered the two theaters at Sharon Playhouse last summer, artistic director Alan M-L Wager and managing director Robert Levinstein pivoted, and in the spirit of “the show must go on” they cobbled together a stage in the parking lot, spray painted a socially distanced parking grid that could accommodate 50+ cars and brought live musical events and Sunday night film screenings to a clamoring public. From the swing-era vocals of America’s Sweethearts to the anniversary screening of Peter Benchley’s classic Jaws the Playhouse remained active through the tumultuous summer of ’20.

“This year we’re bigger and better,” Robert Levinstein suggests, referring to the expanding of the outdoor stage, creating a tented covering to protect the performers, and noting an expanded schedule of concerts and events. “We’ll have our Patio Cabaret series with performances by Wanda Houston and John Davidson among many other towering talents.”

“We’ve got something for every musical taste. From Broadway to classic rock to Motown to a return of The Connecticut Vistuosi Chamber Orchestra,” commented Alan M-L Wager. “And we’ve brought back a very important part of our reaching into the community – our children’s theater program.” Michael Kevin Baldwin has been tapped to head the education program which, once announced, was immediately filled with a waiting list established for local students who will be part of four productions including Frozen, Jr. and Seussical, Jr. the adaptation of Seussical the Musical.

As 2020 began, the venerable Shakespeare & Company announced with great pride that the centerpiece of the season was to be King Lear starring none other than Christopher Lloyd, whose estimable talents ranged from playing “Doc” Brown in three iterations of Back to the Future to being “Rev. Jim” Ignatowski on television’s revered Taxi (two EMMY Awards) to appearing in over 200 theatrical presentations.

With the construction of outdoor The New Spruce Theatre on the Lenox, MA, campus, Shakespeare & Company is prepared to offer both King Lear starring Christopher Lloyd from July 2 to August 28 but offer the truly engaging play Art from July 30 to August 22 on the stage of the outdoor Roman Garden Theatre, which has hosted so many memorable productions in the past.

But wait, there’s more. The flexibility of the outdoor staging makes it possible for the company to add shorter runs to the 2021 schedule, including Becoming Othello: A Black Girl’s Journey starring author Debra Ann Byrd, directed by Tina Packer and a workshop production of  Shakespeare’s Measure for Measure from September 1 to 5.

Late summer into autumn brings not only a change of seasons, but the hope that it will be possible to move productions back into the company’s theatres. The Packer Playhouse stage is the setting for hang to be directed by Regge Life from August 10 to October 3 and, capping the season, production of Ionesco’s The Chairs from October 8 to the 31. An ambitious season, choreographed to ensure safety for all while offering a stunning collection of productions.

Updates, tickets, and information are all available on Shakespeare & Company’s robust website – shakespeare.org.

Music and dance will be back, in person, to the region this summer with the jubilant return of three stalwart production venues. Jacob’s Pillow Dance Festival in Becket, MA, which will offer a series of in-person productions on outdoor stages from June 30 to August 29.  “It is essential that we find safe and inventive way to return to dance, to bring people back together and put artists back to work,” commented Jacob’s Pillow executive and artistic director, Pamela Tatge. That effort will be showcased in presentations of work by Dorrance Dance, Archie Burnett and “Ballet Coast to Coast,” which will feature artists from Boston Ballet, Houston Ballet, and Pacific Northwest Ballet.

It is always best to check programs, times, costs and any schedule updates on the company’s website – jacobspillow.org.

Chamber music will be returning to the Litchfield Hills this summer as Music Mountain in Falls Village, CT, returns from a year of having to post concerts online to bring world-class talent back to in-person performance. The company has announced that the Shanghai Quartet will perform the season opening concert on July 4 with limited in-person tickets available on their website – musicmountain.org. The company has announced that seating will be limited inside the venue, but that during upcoming concerts there will be lawn seating, as well.

Finally, the Boston Symphony Orchestra under the direction of Andris Nelsons triumphantly returns to Tanglewood to headline a series of classical concerts throughout the summer. Joining The BSO will be performances by The Boston Pops with both Keith Lockhart and John Williams on the podium. Jazz will also fill “the shed” as Wynton Marsalis brings Jazz at Lincoln Center Orchestra back to Tanglewood for a concert.

The Tanglewood summer season is filled with performances by the Music Center Orchestra including some chamber music concerts and the always popular “rehearsal” programs which can attract as many music lovers as official evening performances. Information about the entire schedule, which is evolving as potential popular music concerts are added, is available on the website – tanglewood.org.

Summer is here! Concerts and plays await you – enjoy! 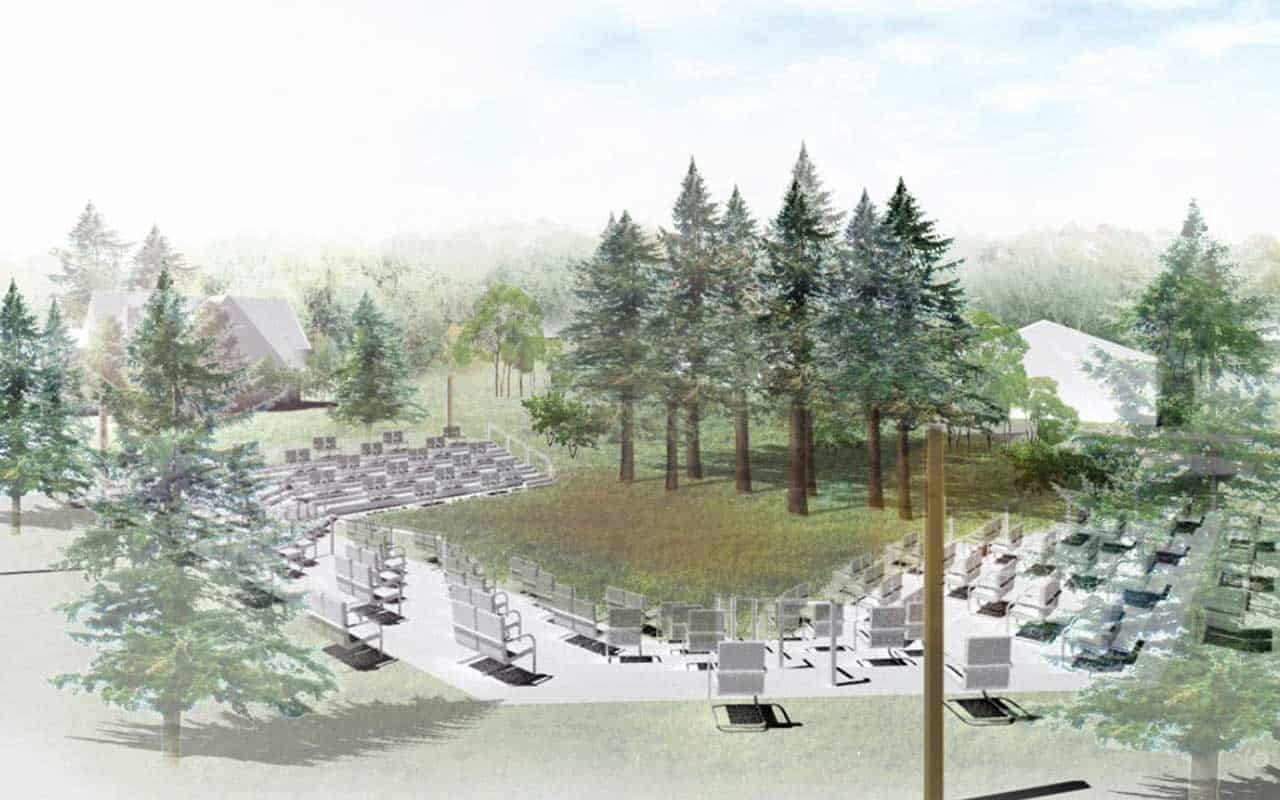