SUMMER OF SOUL …Or, When the Revolution Could Not Be Televised

On screens locally and streaming on Hulu

There was a time when “I was there” referred to being one of the 400,000 at the four days of rain, mud, music and mayhem that was known as Woodstock. The event has been revered as the turning point for rock and roll … the moment the “counterculture” found its stride.

Lost in the American consciousness for over 50 years, there was another music festival going on a scant 100 miles to the south. The Harlem Cultural Festival ran from the end of June through August that monumental summer — 1969 — and has finally become recognized as a musical event deserving of co-billing.

Summer of Soul … or when the revolution could not be televised is a consuming documentary that captures the performances of performers whose names continue to draw respectful nods, revealing smiles and efforts to remember the R&B, jazz, blues and spiritual classics that were very much a part of the American soundtrack.

Questlove, the multi-talented co-leader of The Roots (the house band on The Tonight Show starring Jimmy Fallon) is a record producer, author, actor and revered musician. Summer of Soul is his directing debut, and he has opened that chapter of his life with an explosion of talent. 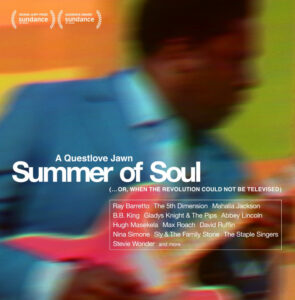 The production tapes (for those who care, they were ancient 2” open reels of videotape) had been left in a basement for 50 years. It seemed that “no one wanted a Black music show” as the original video producer Hal Tulchin commented after trying unsuccessfully to get a full airing of the recorded concerts.

Times change. Under Questlove’s keen direction, the performances of musical giants are now available in full view. Stevie Wonder, Nina Simone, Mahalia Jackson, Sly & the Family Stone, Gladys Knight and the Pips, The 5th Dimension, the Staples Singers, B.B. King. They’re all there on stage, mere feet away from an adoring audience estimated to be over 300,000 crowded into Mount Morris Park (now Marcus Garvey Park) in the heart of Harlem. The audio track is crystal clear … the inter-cutting of performers and fully enthralled audience is magnetic. We know the songs. We remember the lyrics. We have the best seats in the audience and become immersed in the tsunami of celebration.

The performances are simply magic. The energy, the intensity, the conviction of the performers radiates from the screen. Certainly seeing Summer of Soul on a big screen is an amazing experience. Streaming it on your flat screen in the family room is still an impressive experience … one not to be missed.

The weekend on Max Yasgur’s farm may live on in cultural legend as the pivotal moment. The “Sundays at 3:00” that wound through the hot summer of 1969 in Harlem deserve the equal billing they are finally receiving. The brain child of singer Tony Lawrence, a dynamic character who had the unique ability to gather disparate forces and bring them to unifying affirmation, the Harlem Cultural Festival was a huge success … not only from the obvious perspective of the great music, brilliantly delivered, but from the perspective of engendering a true sense of pride within the Black community. Rev. Jesse Jackson appears in the film — both as an onstage presence in 1969 and as a seasoned commentator looking back over decades of struggle, change and affirmation. This was a moment.

An a scale of “from one to ten,” this steals a line from Spinal Tap. It’s an eleven! 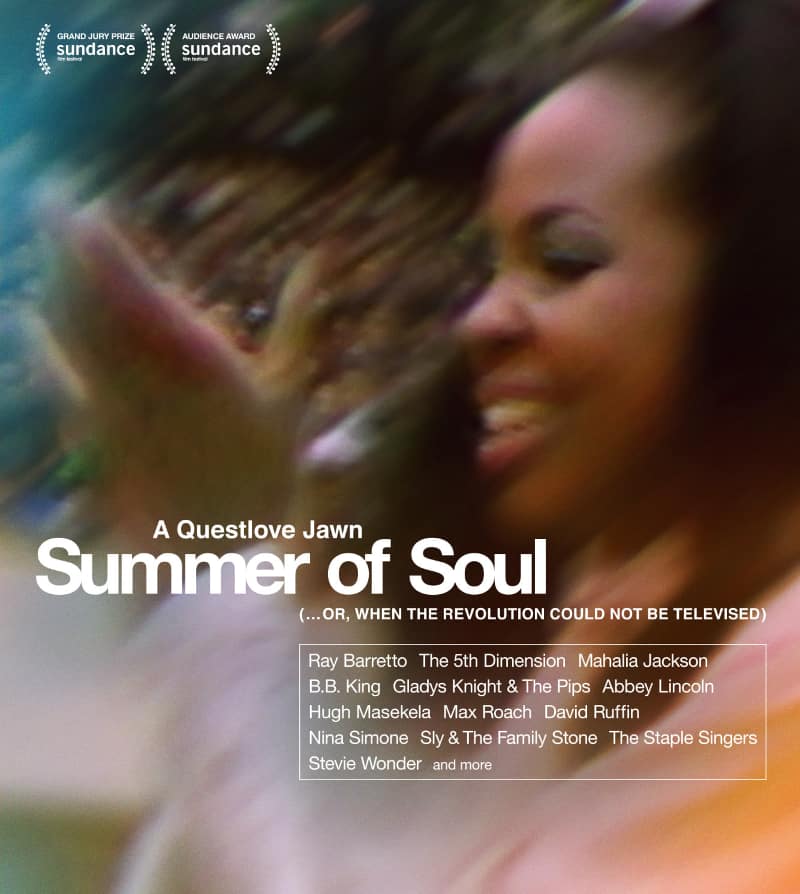