In the best of times it’s important to recognize those who are good leaders. In these challenging times, it’s even more important to recognize those who are selfless, smart, and committed to excellence, and encourage the best from others. Tara Sullivan was that kind of leader at the New York State Bridge Authority. Sullivan was appointed deputy director by former Governor Cuomo ten years ago; then appointed as the first female to lead the Bridge Authority by the NYBSA Board in 2019, with the departure of the previous executive director.

Sullivan knows the Hudson Valley. She has more than 30 years in public service. She grew up in Woodstock, NY, and served on their town board, and then on the Ulster County Legislature, which was followed by several state roles including serving as the Governor’s regional representative for the Hudson Valley. As executive director of the Hudson-Fulton Quadricentenniel, Sullivan traveled the Hudson Valley highlighting the significance of those two historic events and organizing major celebrations from the Battery to Albany.

In 2018, Sullivan was chosen as one of Hudson Valley Magazine’s Women in Government, as the first female executive at the Bridge Authority. As deputy director, Sullivan made it her mission to learn all aspects of the Bridge Authority, particularly its history and its long-held practice of serving the residents of the Hudson Valley by providing some of the safest long-span bridges with the lowest tolls in the country.

In addition to attending to her responsibilities at her office at NYSBA headquarters, Sullivan began visiting each of the five bridges regularly. She got to know the workers and how things ran. She listened and received feedback from those doing the maintenance and operations at the bridges. She quickly came to understand the uniqueness of this Public Authority, created in 1932 by then-Governor Franklin D. Roosevelt, to fund, maintain, and operate the bridges of the Hudson Valley from the Bear Mountain to the Rip Van Winkle without being encumbered by the politics or budget cycles of Albany. NYSBA is one of the best run Public Authorities in New York State, if not the best run. Tolls collected at their five bridges account for almost 100% of the Bridge Authority budget, no state tax revenue is provided to the Authority.

Our initial educator workshops were attended by New York State Master Teachers, with Sullivan greeting each workshop personally to tell the story of the Bridge Authority, and its role in developing the Hudson Valley community we enjoy today. She understood the importance of utilizing the Authority’s bridges for STEM and STEAM education and encouraged the sharing of STEM curriculum materials, as well as welcoming class visits – including engineering tours of the bridges by Bridge Authority engineers – to provide authentic STEM experiences for many Hudson Valley students. 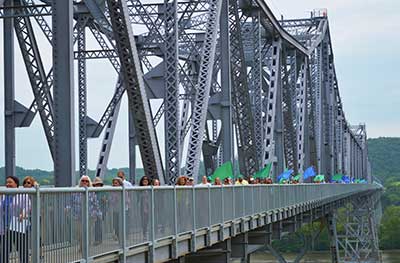 One of Sullivan’s signature accomplishments is the Hudson River Skywalk – linking the homes and studios of 19th century Hudson River School pioneers Thomas Cole and Frederic Church across the Rip Van Winkle Bridge. Under her leadership, the Authority improved the pedestrian walkway and added viewing platforms, offering today’s Hudson River artists and visitors the opportunity to enjoy the river and Catskill Mountain vistas that inspired Cole and Church.

Sullivan worked with many community partners, including Betsy Jacks, executive director of Thomas Cole National Historic Site who said, “The Hudson River Skywalk was a dream I thought would take a decade or more to realize. Instead, Tara Sullivan made it happen almost instantaneously. Her leadership skills are like nothing I have ever seen before, or since.”

Sean Sawyer, president of The Olana Partnership, is quoted as saying, “Tara Sullivan had the vision to see the potential of the Hudson River Skywalk and the remarkable leadership skills to literally bridge the river and unite all the diverse organizations and constituencies involved to make it a reality.”

The most challenging times

Sullivan was appointed acting director by the Bridge Authority Board in 2019, serving during what would prove to be some of the most challenging times for the Authority and for the Hudson Valley. The largest capital project in Bridge Authority history was about to begin, cashless tolling would be implemented on all bridges in the next couple years, and then Covid hit. An entire new NYSBA Board was appointed by former Governor Cuomo in August 2020.

Sullivan worked with the new Board, and others, to enable the Bridge Authority workers – engineers, maintenance crews, operations, and collectors – to continue to do their jobs keeping our Hudson Valley bridges some of the safest, and best maintained, with some of the lowest tolls in the nation for long span bridges. All while the Newburgh-Beacon Bridge north span decking project proceeded to a likely completion, way ahead of the originally scheduled date. Additionally, prior to Sullivan’s retirement date, the cashless toll system went into effect at the Newburgh-Beacon Bridge. All Bridge Authority bridges should be cashless by early 2022.

The best person for the job

All of this illustrates that the best person to lead is not always the most obvious person. A good leader should recognize the value of the organization they lead, utilize the experience and knowledge of individuals within their organization, then work to achieve defined, common goals. Sullivan did all that and did it well.

As Sullivan retires, the Bridge Authority welcomes its second female leader in Maureen Coleman, appointed as the executive director by former Governor Cuomo in July 2021. Coleman has hit the ground running. All indications are that Coleman is eager to learn all about the Authority she now leads. She already has an appreciation for this well-run agency that only an insider could know. It’s become clear she is working to ensure the Bridge Authority continues to be a pivotal support, for many years to come, for the Hudson Valley and beyond. Many thanks to Tara Sullivan. And a warm welcome to Maureen Coleman. 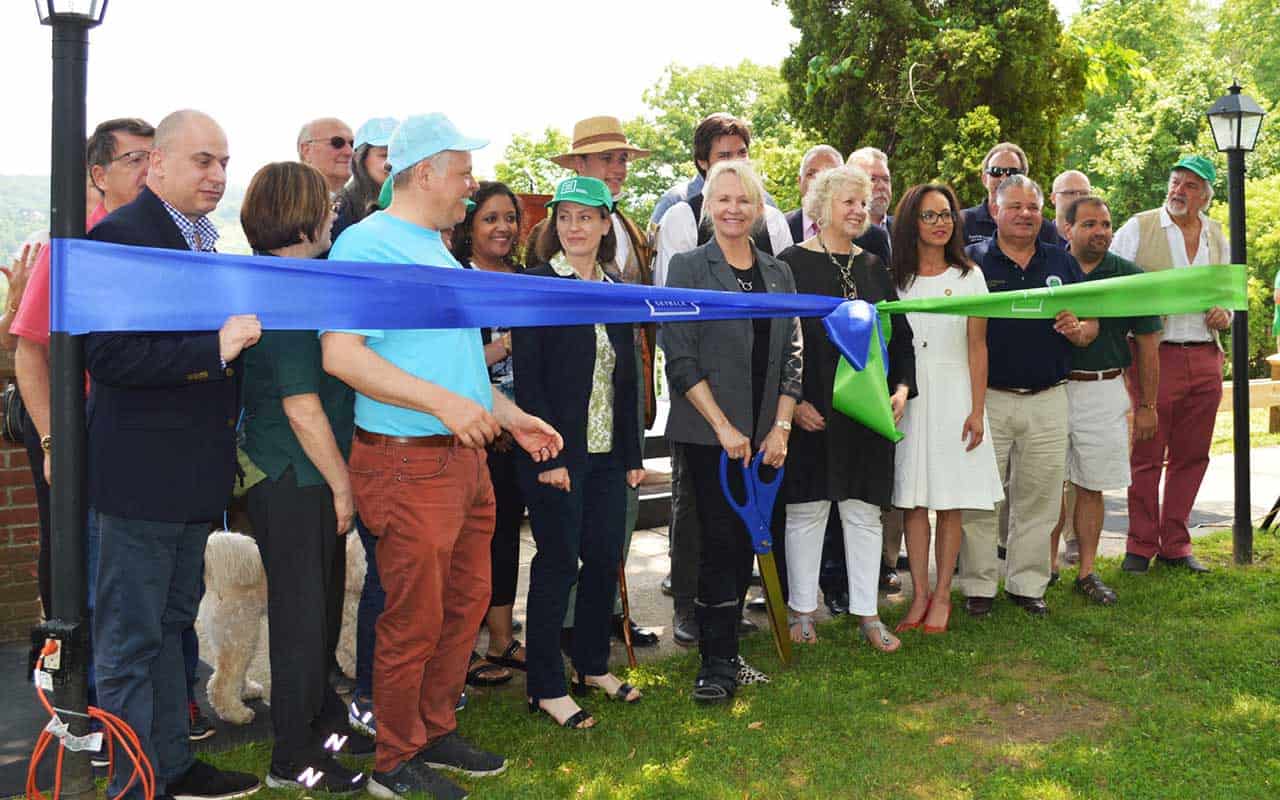