Allow me to break a bit of unique pawliday tradition down for you dear reader:

My dad is furrom Iceland, and in Iceland they have 13 Santa Paws, or Yule Lads as they are sometimes called elsewhere in the world. Since I’m half Icelandic, the 13 Icelandic Santa Paws come all the way to America to visit me … and maybe Ellie if she’s been good.

Tradition in Iceland says that 13 days befurr Christmas, starting on the eve of December 12th, one by one, the Santa Paws start to make their way down from Mount Esja where they all live with their purrents and cat. Their mother Grýla is apparently a scary troll mom who only leaves her home during the holidays in search of naughty children, and according to legend, she makes a stew out of them. The Santa Paws also live with their father who is the very lazy Leppalúði, and with their black cat – “the Christmas Cat” – someone who I have absolutely no interest in meeting because if children don’t receive something new to wear for Christmas, the lore goes that the black cat eats them… No thank you.

This scaredy cat will be on his best behavior and will happily accept a cat sweater!

Now where was I? Oh yes, one by one the Santa Paws make their way down from Esja and come to the towns and cities in Iceland, where they hang out, play, get into fun mischief, sing, dance and are generally jolly until Christmas Eve when they return home to Mount Esja.

The night that they come into town, they stop at all of the children’s’ AND FUR-KIDS’ houses and leave them a small present in the shoe that all of the kids and cats have placed in their bedroom windows. If you’ve been a good boy or girl, they will leave you a shoe-sized toy or something like a pair of socks, one of their favorite things to leave are clementines – the Santa Paws think that’s a real treat. Purrsonally, I don’t love the clementine’s. But I fur one am definitely NOT going to tell Santa Paws how to do his job!

If, however, you’ve been naughty, the Santa Paws will leave you a potato in your shoe… an old, possibly rotten potato. I’m not kitten you! And if you’re super naughty, you run the risk of the Santa Paws’ mother Grýla coming fur you and making you part of her naughty children stew – she’s one scary lady! The thought of her has me hiding under the tree, and being on my absolute best behavior. To prove it, I even let Ellie sit next to me on the couch last night and I let her pet me (albeit pretty roughly), I even played with her — i.e. I humored her for about 30 seconds.

So give a cat some credit! I just hope that the 13 Santa Paws recognize my efforts!

Allow me introduce you to the 13 Santa Paws, who are all pretty cool dudes with some really wacky names! And in case you want to learn more about them, I went on the World Wide Web and found a great website about the 13 Icelandic Santa Paws for you, so use your paws and click that link at the end if you’re interested.

Stekkjastaur comes to town- in a pretty bad English translation that means “Sheep cote clod”… whatever that is.

The night of Giljagaur or “Gully Gawk”- another name that doesn’t translate well. Did I mention that Icelandic is one of the hardest languages in the world? But Ellie, Mom, and I are learning!

When Þvörusleikir comes to town- get this, Þvörusleikir means “Spoon Licker!” Presumably because he loves to find spoons and lick them.

Pottaskefill comes- he is the “Pot Licker.” I know, I know, these guys are a little out there, but he likes to lick pots. To each their own.

“The Bowl Licker” comes, or Askasleikir- A lot of licking going on here, but I can purrsonaly relate to this guy – I love to lick my breakfast bowl clean, too!

Hurðaskellir comes- you better make sure that all of your doors are closed before he comes, because Hurðaskellir means “Door Slammer!” When you go to Christmas pawties you always know when he arrives because he slams the doors so loudly!

Skyrgámur comes- the “Skyr Gobbler.” Do you know what Skyr is? It’s an Icelandic thick yogurt-type thing that every Icelander eats, all the time. Dad says it’s so good! You can even get Icelandic Skyr here in Amoewica!

Bjúgnakrækir comes – he’s the “Sausage Swiper” and will steal all of your Sausages! (At least I’m not at risk of loosing all my turkey-phew!).

The night of the “Window Peeper,” that’s right, Gluggagæir comes to town- he loves to peep in everyone’s windows. A tad creepy? Purrhaps, but he’s just peeping to make sure that evfurryone is on their best behavior.

Gáttaþefur aka the “Doorway Sniffer” comes to town- He’s got an extremely long and large nose and has an incredible sense of smell that he uses to sniff out his favorite holiday treats.

Ketkrókur comes to town-unlike his brother the “Sausage Swiper,” he likes to swipe all of the meat, ergo his name, “Meat Swiper.”

The last brother comes to town- his name is Kertasníkir and that translates to the “Candle Stealer.”

Even though these legends and traditions may sound a bit… diffurrent to some of my readers, I have to tell you that I so enjoy the 13 days before Christmas when these guys make the huge trip from Iceland to visit me. It is so exciting when my Dad and I talk about who is coming each night, and about each Santa Paw and what his name means, what he likes to do, and how mischievous he might be. Remember, the Icelandic Santa Paws are a fun, rowdy bunch of guys – they love to sing, dance, celebrate, eat lots of holiday food, and give gifts to all of the good boys and girls – and I’ve been such a good boy! 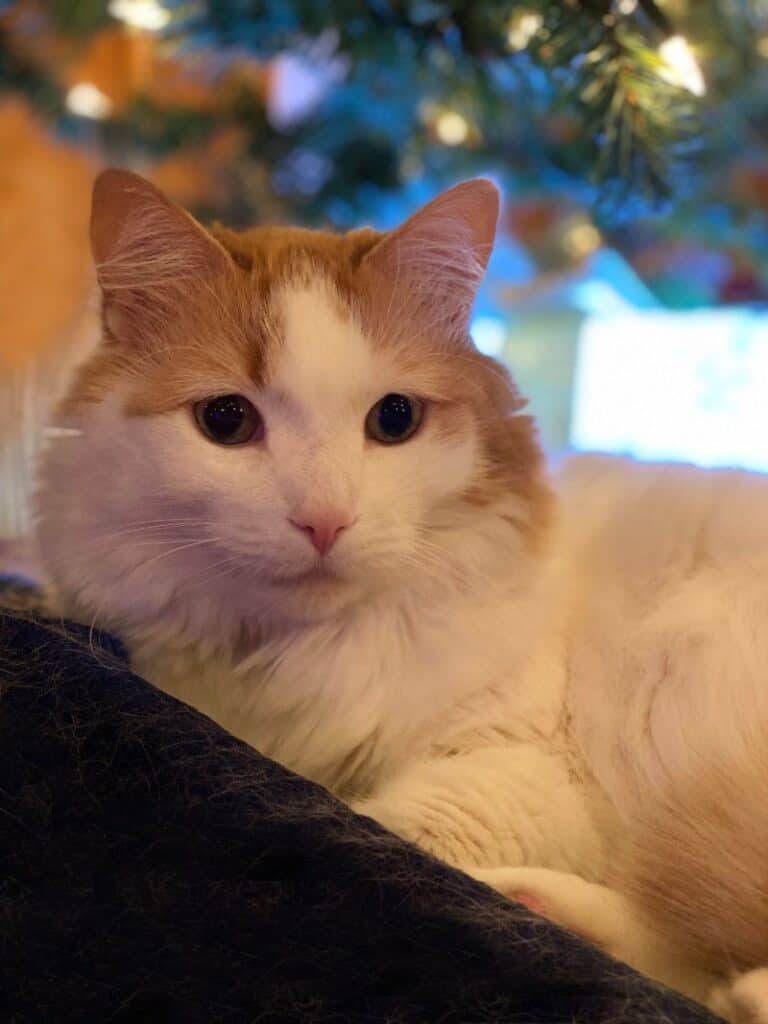