The Ground We Walk On

History is the greatest irony that pervades the human experience. It defines who we have become and is the method of transportation toward our future – yet often forgotten in the present. For those who watch history’s tidal cycles, it has become the answer to a very familiar riddle:

Die without me,
Never thank me. 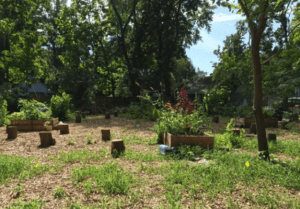 Walk right through me,
Never feel me.

Much like the oxygen we breathe and the natural world in which we live, history’s harsh lessons can have far reaching effects should we poison its air with ignorance. In recent years, efforts have been made across communities everywhere to raise awareness for both the protection of the environment, as well as conserving our cultural past. These collective initiatives have connected folks with land that surrounds them while shedding light on a few of history’s lessons that have seeped into the hallowed ground – and it starts here at home with the ugliest aspects of our country’s past.

Slavery and Freedom in the Mid-Hudson Valley

The continued enslavement of African peoples throughout the 18th and 19th centuries is a deeply rooted wound in the American consciousness that has yet to heal nearly two hundred years later. Despite its ineffable impact, slavery is still somewhat subject to the shroud of time as many today view its realities as something that was mostly perpetrated south of the Mason-Dixon line. The truth is, the Hudson Valley had its own part to play in the barbarity that was human bondage in America.

In his book, Slavery and Freedom in the Mid-Hudson Valley, author Michael E. Groth highlights this reality writing, “As elsewhere in the Americas, colonists in the region turned to enslaved workers to meet an insatiable demand for labor in an expanding economy.” He continues, “By the time of the Revolution, Africans and African Americans were a visible presence in local fields, homes, mills, and shops and on the region’s roads and riverfront landings. Enslaved men and women in the central Hudson Valley shared much with slaves who toiled downriver in New York City, but their experience differed from those in colonial seaports in important respects.”

The sentiment can be similarly echoed in Ulster County – once a home for one of the country’s most famous slaves Sojourner Truth – where in the city of Kingston, Groth illuminates some of the atrocious corporal punishment levied onto a local slave. “In 1707, for example, the Court of Sessions in Ulster County sentenced a slave named Pierro to be whipped publicly in every corner of the town of Kingston for assaulting Catrina Cortregt, the wife of Hendrick Cortegt.”

The same can be said for burial of slaves, which further illustrated the prevailing notion that every aspect of a slave’s life (and death) must be kept separate, and subjacent, than that of a free man. In 1750, The trustees of Kingston designated an area outside of Kingston to be used as a burial ground for enslaved peoples. African people who were enslaved in and around Kingston were kept segregated and denied church burial.

For centuries, the silent ground where humans were discarded as refuse lay silent. Like the unforgiving laws of nature, whose surface-level tranquility in the face of human influence only belies the harsh realities of climate change that come as a result, the hallowed ground on Pine Street in Kingston has today been given voice by a new kind of conservation and is ready to speak history’s hard truths again.

In February, the title to the site of the African Burial Ground on Pine Street was transferred to the African-American heritage organization, Harambee, from the Kingston Land Trust (KLT) with a conservation easement granted by Harambee to the KLT to protect the site in perpetuity. “Harambee was created through the vision I had to promote and empower black excellence here in Kingston, NY,” says founder and CEO Tyrone Wilson. After forming in 2018, the organization has quickly established itself as a formidable coalition that has emboldened the surrounding communities through cultural conservation and historical education aimed at enriching the history of those once forgotten.

The site itself may in fact date back to the mid 1800s as the land was portioned off into private property and used first as a lumberyard and then as a private residence. Today, Harambee’s dedicated pursuit will ensure the memory of those buried there will live on in the hearts and minds of those in the Hudson Valley.

In 2019, both Harambee and the Kingston Land Trust were able to shine a bright local spotlight on the grounds and their tragically neglected past. The future of the grounds themselves will serve as an important reminder of the rarely told history of slavery that existed in New York State. By a stroke of historical justice, the majority of the site has remained undisturbed and retains its integrity while being one of the only publicly accessible green spaces in Midtown Kingston.

“To have finally secured the deed to this site means that our ancestors are no longer owned in death but are instead finally free and now know the people who resemble them have become responsible for taking care of their final resting place,” says Mr. Wilson. “They are no longer bound in servitude by white America, and can now have their story told by the descendants of their people who honor them for their very existence and the freedoms we enjoy today.”

Harambee and the Kingston Land Trust have also started a GoFundMe page in order to co-produce a short documentary film which will highlight the history, as well as the future of the burial ground.

Julia Farr, executive director of the Kingston Land Trust echoed community sentiment in a local press release saying, “The Kingston Land Trust is honored to serve the Kingston community, Harambee, and the ancestors resting at the Pine Street African Burial Ground by holding this unique conservation easement that prioritizes cultural conservation values. We hope our partnership with Harambee will inspire other communities across the nation to approach their local land trusts to collaborate in the protection, prioritization, and recognition of vulnerable African-American heritage sites. Collaborations such as ours acknowledge the history of slavery in our country and work to heal wounds and promote racial justice today,”

With support from the Kingston Land Trust and other organizations and volunteers, the grounds have been cleaned up from decades of neglect and a community-based design process for use of the space was initiated in 2019. Garden beds and log-stools were installed and African heritage crops were grown with the support of the Kingston Land Trust, KaN Landscape Design, Grow Well Kingston, the Kingston YMCA Farm Project, Youth Design team, and other community volunteers. The KLT commissioned monitoring and pruning of the site’s massive locust trees identified by the community as a compelling natural link to history. Harambee is renovating the house for future programming and will continue to implement aspects of the design proposed in March of 2020 by the Pine Street African Burial Ground Youth Design Team into their plans to convert the residential backyard containing the burial ground into a memorial site that is open to the public.

“We see now that we have an opportunity to educate future generations so they may enjoy a better past,” says Wilson. “By bringing people together, educating them and through the telling of their stories, we hope people will see the devastation of slave ownership and how it damages entire nations and causes a major divide within the world of humanity. We can now tell this story and use it as a learning experience to show that humanity is for all and enslavement of any kind is not. No culture of people is above any other culture of people.”• 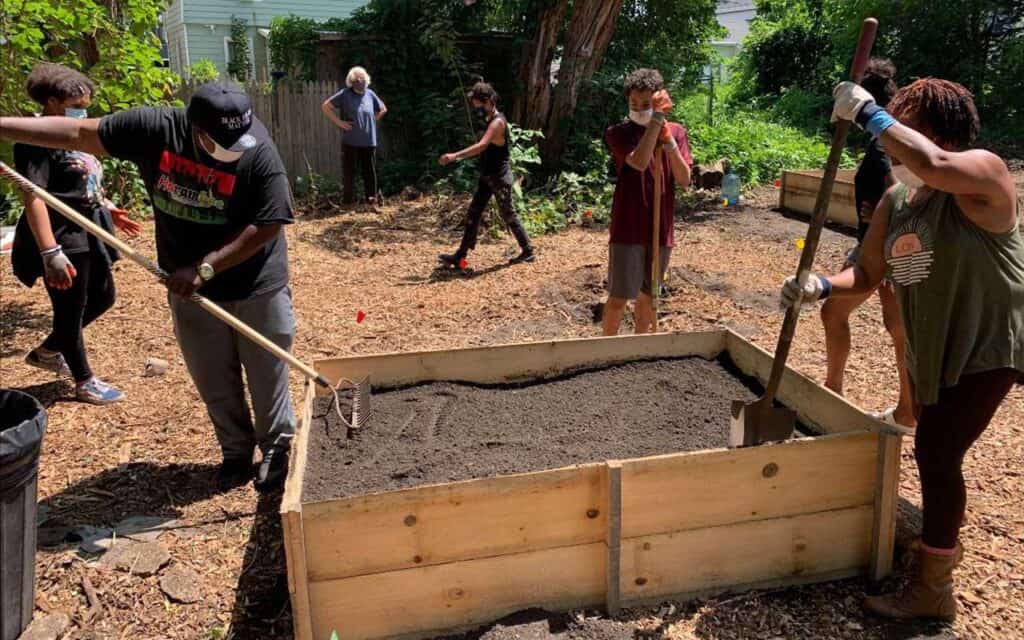 Sources for this article include and were provided by: Julia Farr, executive director at the Kingston Land Trust and “Slavery and Freedom in the Mid-Hudson Valley,” by Michael E. Groth.

Harambee is a 501(c)3 nonprofit organization whose goal is to bring the community together through celebration and awareness of African-American Heritage. To learn more, visit harambeekingstonny.org.

The Kingston Land Trust is a 501(c)3 nonprofit organization that protects, creates access to, and activates land for the common good. To learn more, visit kingstonlandtrust.org.

Scenic Hudson preserves land and farms and creates parks that connect people with the inspirational power of the Hudson River, while fighting threats to the river and the natural resources that are the foundation of prosperity in the Hudson Valley. To learn more, visit scenichudson.org.

To make a donation to the film fundraiser, visit www.gofundme.com/f/pine-st-african-burial-ground-short-film.