The Long Goodbye- No Time to Die

The critic for The Guardian may have said it best. “… a neat and gripping thriller …” What was true in that send up of 1962’s Dr. No, the first of the James Bond film franchise, seems equally appropriate for No Time to Die, playing locally at most theaters.

This is Daniel Craig’s “goodbye” in the Bond role, and he exits majestically. There can be no doubt that he will not return, and the closing moments of this epic pay sweet homage to the latest actor who brought nuance, charm and bravado to this seemingly ageless character.

Again, from along past write up in The Guardian, Bond is “a tough and stylish hero of some charm doing his job.” For this installment, Bond has retired from Her Majesty’s Secret Service to while away his dotage in Jamaica … only to be recruited by the CIA to engage in the final effort to eradicate Spectre, the global force for evil.

Bond working for the CIA? Brady playing for the Buccaneers? The world has surely gone mad. 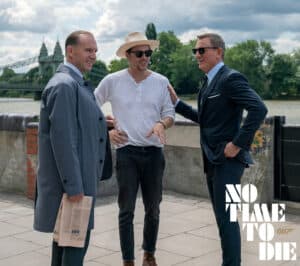 But, through the madness, this triumph of car chases, car wrecks, rope swings, deep dives, high jumps, exploding fishing boats, “microbots” targeted to kill only one victim, reminiscences of other Bond films that director Cary Joji Fukunaga has sprinkled like salt on your movie theater popcorn, the story barrels to its explosive conclusion.

Have we been here before? Of course we have, but there’s a measurable difference. The “Bond girls” in this film are of a different, more complex nature than we’ve seen before. Lea Sedoux (Madeline Swann), who was last seen in Bond’s Aston Martin, is fully engaging as the love of Bond’s life and her daughter, played crisply by young Ana de Armas … we’ll not spoil the story.

Bond has retired, as noted, so when he reappears in London at MI-6 to attempt final eradication of Spectre (Jeffrey Wright who reprises his role as CIA agent Felix Leiter has, by now, “left the building”) he must deal with the current 007, Lashana Lynch. He has a predictable set-to with the new “M,” Ralph Fiennes, who does a marvelous job of tossing about, politically, like a caught fish on the deck of a trawler. They skirmish. They squabble. They make up and Bond is off to do the impossible.

Eventually, it becomes Bond as the re-titled 007 and Nomi, the new 007, going after the prince of evil – Lyutsifer Safin (an almost clumsy word play on Lucifer Satan, but if one renews the old names in Bond stories, it’s forgivable), portrayed with dripping evil by Rami Malek.

To put it succinctly, mayhem ensues. It is difficult to keep count whether more “bad guys” have been balletically gunned down or Range Rovers overturned during the various car chases, but No Time to Die spares no production expense in crowning Daniel Craig’s career as the agent “licensed to kill.” The production budget was over $200 Million.

It is a long goodbye. The film is nearly two and three quarter hours long. But … this is James Bond we’re talking about, and he deserves a bit more time to save the world. Exit stage left. 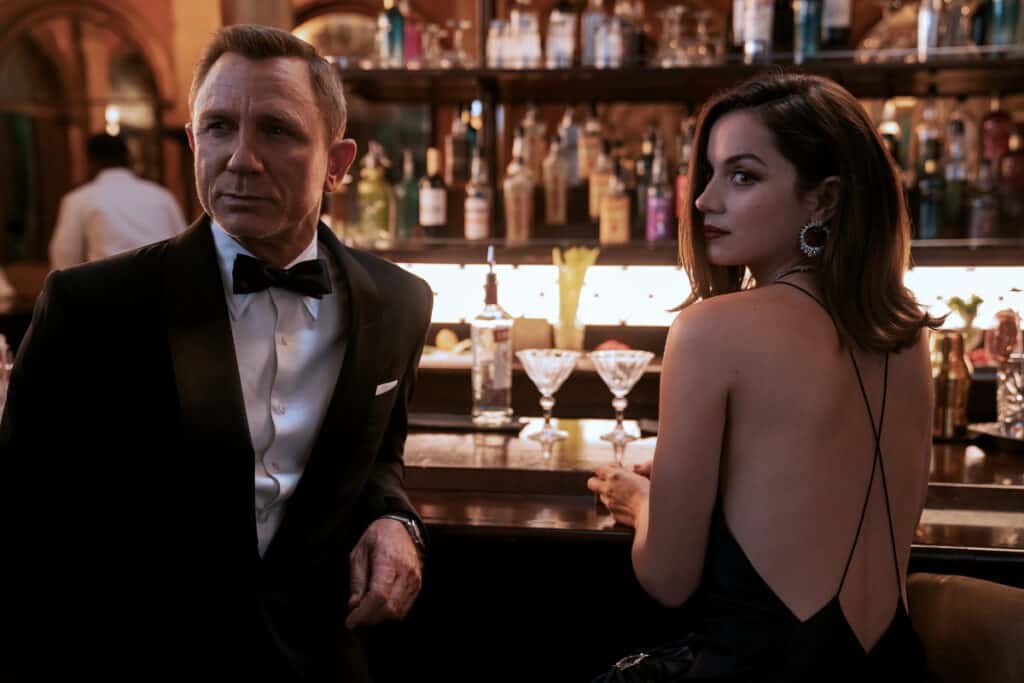